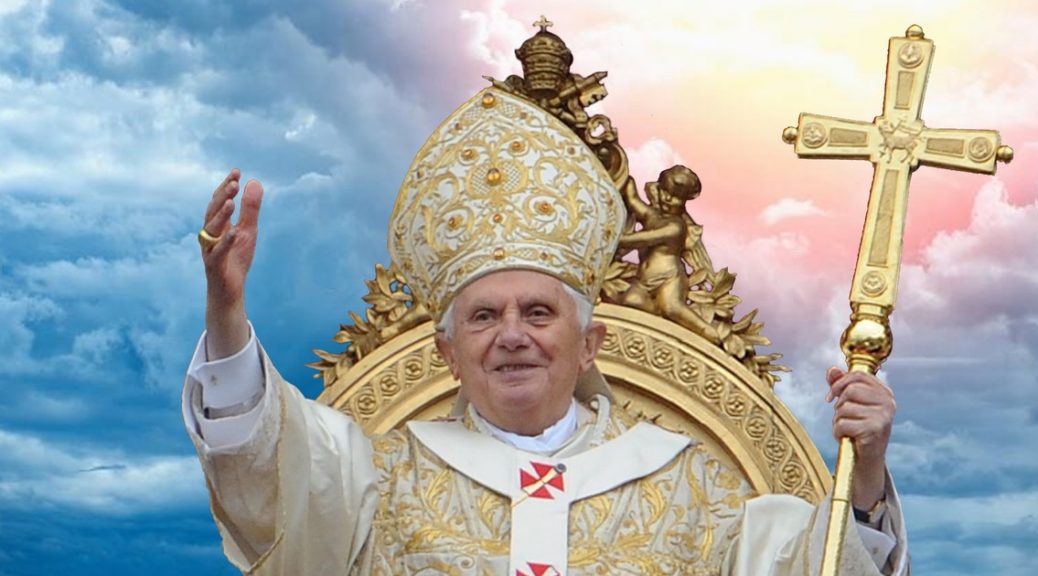 Due to the length of the original, FromRome.Info publishes the translation in 4 parts.

A Reconstruction of Ratzinger’s possible Plan B

A Purposefully invalid Resignation? — We investigate the thesis of Attorney Acosta and various theologians

The question of the “two Popes” and of the resignation of Benedict XVI is a very broad one, not to be discounted, spreading over 8 years and events difficult to interpret.  In these months, we have analyzed many individual facts and documents without receiving any response to our questions, legitimate though they be.

And yet, the thesis that has been proposed by the attorney Estefania Acosta and by other authoritative journalists, jurists, theologians and ecclesiastics (many of whom have paid a dear price for their positions), is shocking:  Pope Benedict XVI might have WILLINGLY prearranged an entirely invalid resignation to open a new front against his adversaries, causing them to nominate an anti-pope and arranging that in time the truth above the antichrist objectives of the “Deep Church” and the fact that he is still the sole Pope, be discovered.  This would bring about the definitive cancellation of the “false Church”, along with great purification from heresy and corruption, to open up a new epoch of Christian renewal.

Is this plausible? We have already investigated how the hypothesis of a Benedict XVI who is little prepared in Latin and canon law, or even an enthusiastic promoter of the modernist revolution of Francis, are hardly credible, here https://www.liberoquotidiano.it/articolo_blog/blog/andrea-cionci/26440869/papa-ratzinger-ipotesi-dimissioni-approssimativo-modernista-reset-cattolico.html

Therefore, there remains that we sift through the hypothesis of the so-called “Catholic Reset”, cited above: this we have attempted to do by putting in order, according to this point of view, the facts, documents, persons.

To allow you to link to all of it, at once, we propose here a summary, a synthesis, from which you can investigate each argument further by clicking the links under the word, “Here”.

Judge for yourself: let alternative explanations be attempted, so long as they are able to place each of the “pieces of the puzzle” in an alternative but coherent framework, HERE https://www.liberoquotidiano.it/articolo_blog/blog/andrea-cionci/22796627/papa-francesco-bergoglio-ratzinger-lenga-gracida-negri-bernasconi-dornelles-eresia-danneels-vescovi-teologi.html

“Pray for me so that I do not flee before the wolves”: thus did Benedict XVI exhort the Catholic people at the beginning of his difficult pontificate, in 2005.  The world, in fact, immediately turned upon him: 16 years ago, the Catholic Church, with Her two-thousand-year-old Faith, identity and moral laws, constituted the last obstacle in the path of various globalist-progressive objectives sponsored by the international Left and Lodges.

After the hotly opposed discourse at Ratisbon (2006), which had shut the doors to all religious syncretism, after the Motu Proprio, “Summorum Pontificum” (2007), with which Ratzinger “restored” the Mass in Latin, invigorating Tradition with a fresh breath of oxygen, the internal clerical opposition of the Modernists — which had coagulated around the lobby of Cardinals, called “the Mafia of St. Gallen” — there was then en-kindled and decided to foster such opposition to him that he would resign, as has been amply described by Cardinal Danneels (one of the members of the “Mafia”) in his Autobiography of 2015.

In 2012, the situation became unsustainable: at the Vatican large numbers boycotted the Pope by refusing to obey him; the meek Pope-theology could not trust in anyone, so much so that even his private butler robbed documents from his mailboxes, in that famous scandal of Vatileaks which put in clear light the ferocious factional war in the bosom of the Church and gave breath, at last, to a plan to eliminate him physically.  But these revelations played into the hands of Ratzinger, as we will see, by making clear the context in which he would have to opt for his extrema ratio (last reckoning).

The Media, for their part, were all against him: they depicted him as a sullen obscurantist, they massacred him by trotting out true and presumed scandals of pedophilia (which today magically have disappeared) and, toward the end of December there arrived the last thumbscrew: The Obama-Clinton administration blocked the accounts of the Vatican by means of the SWIFT system.  They would only be unblocked in the days immediately following the “resignation” of Ratzinger: HERE https://www.imolaoggi.it/2015/09/29/come-lo-swift-banche-ricatto-benedetto-xvi-per-costringerlo-a-dimettersi/

With a Church completely infected with the metastasizing globalist modernism subject to and placed under international pressure, Benedict decided upon a definitive maneuver, undertaken “to clean out not only the small world of the Curia, but rather the Church in Her totality”, as he will explain to the journalist Peter Seewald in 2016.

A “Plan B” worked out over many years precisely in view of an aggression against the Papacy from within the Church, and announced in many prophecies and in the Third Secret of Fatima, according to which Ratzinger was one of the few to be set apart by God for a special mission.

The Pope assembled in this way what could strategically be defined as a “planned ruse”, with a “false target” and a “feigned retreat” to cause the morale of the authentic Catholic population to be recharged  and to definitively annihilate the antichristic forces in the bosom of the Church. HERE. https://www.liberoquotidiano.it/articolo_blog/blog/andrea-cionci/26771800/papa-ratzinger-terzo-segreto-fatima-ipotesi-specchio.html

The plan was founded upon a provision put into act in 1983, when the papal charge was divided into architecture and decoration, munus and ministerium, or rather, the divine office and the practical exercise of its power.

And it is precisely this last which is the true juridical “false target” which he offered to his enemies: to renounce the ministerium, and not the munus, would be to make one think that a noble, a count, had lost his title of  nobility  solely because he had renounced the administration of his possessions.  Nothing of the kind: a count remains always a count even without lands, and contrariwise, an administer cannot become a count solely by administering the holdings.  Munus and ministerium are not equivalents.

In this way, after two weeks of work, in January of 2013, Ratzinger formulated a Declaratio, a declaration in Latin of hardly 1700 key-strokes, where the terms were inverted, according to a “mirror trick”: instead of renouncing the munus, the charge of the Pope because the ministerium (the practical exercise) had already become burdensome, he announces to want to do the opposite: to renounce the ministerium because the exercise of the munus has become burdensome!  A true trick of words, but, which juridically would only have allowed, at the most, the nomination of a bishop-vicar, certainly not the resignation of a pope, the dignity of which is conserved in the foundational munus. (Of this speak at least 5 publications). HERE  https://www.liberoquotidiano.it/articolo_blog/blog/andrea-cionci/26411995/un-testo-giuridico-della-avvocatessa-estefania-acosta-racconta-dimissioni-appositamente-scrite-invalide-da-benedetto-xvi-che.html

CREDITS: Translation and use of image, here at the Featured Image, with permission.