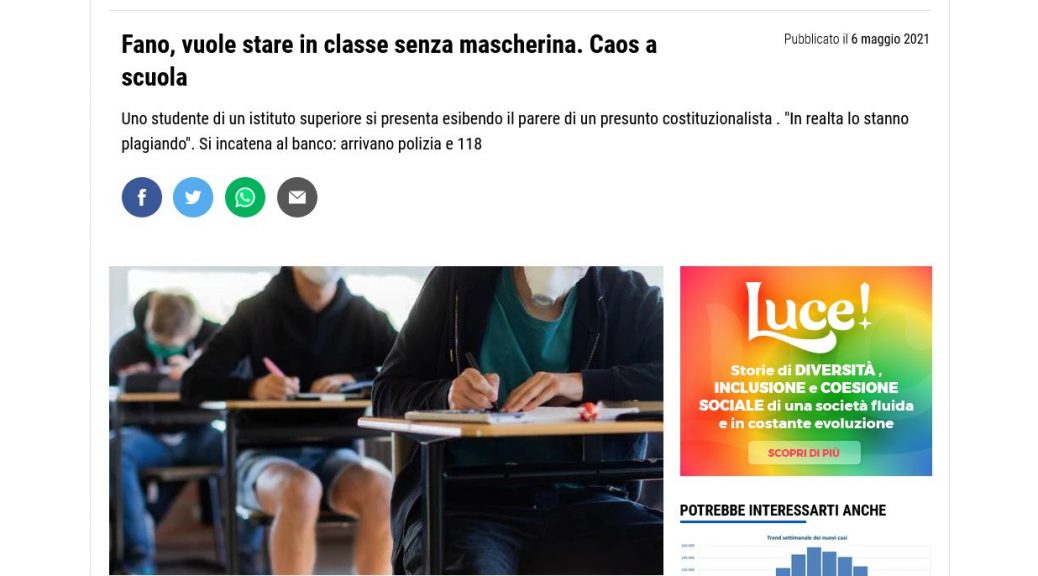 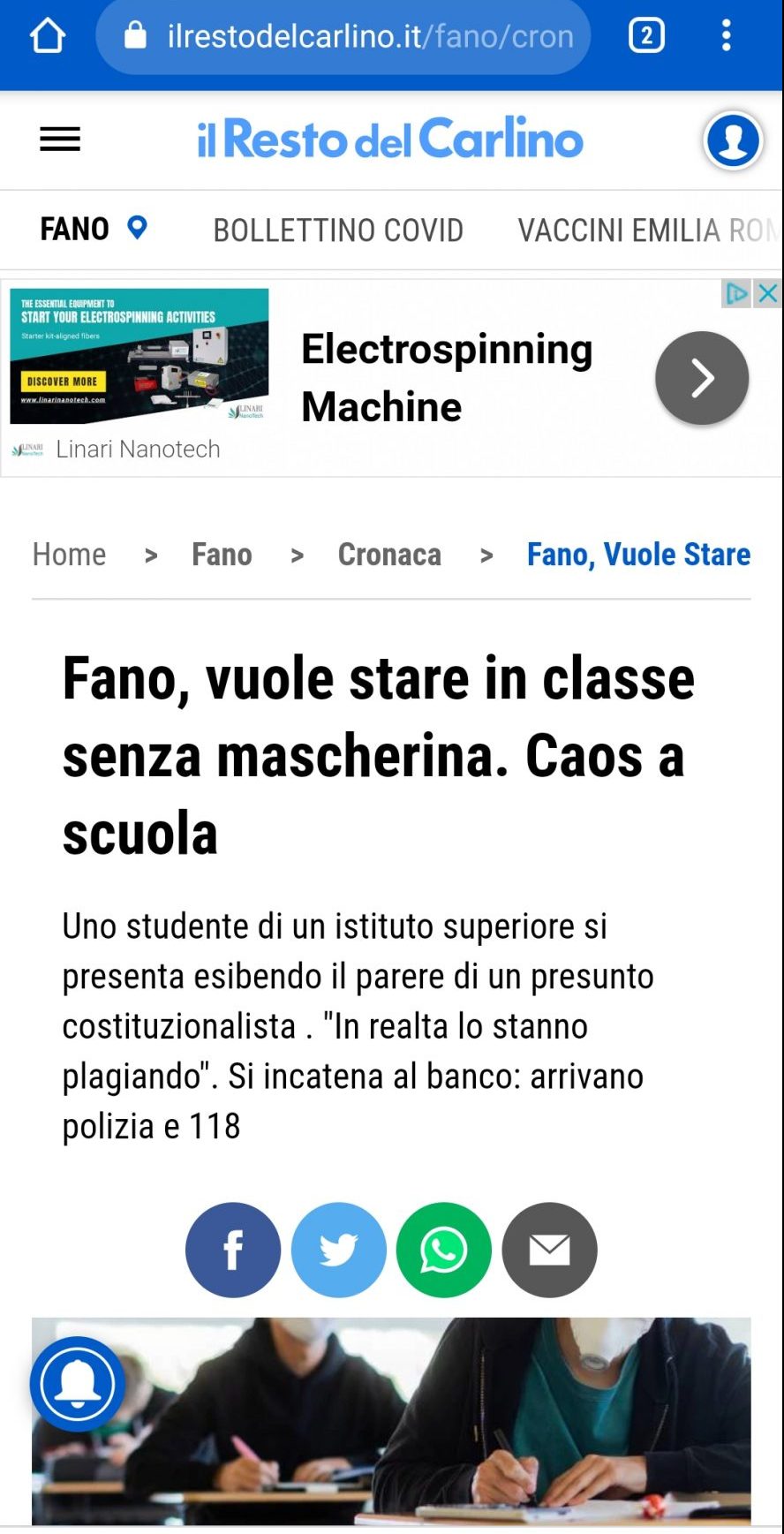 Original Commentary on this news by Br. Alexis Bugnolo

May 6, 2021 — In the Nazi State formerly known as the Italian Republic the mere assertion of your rights under the former Italian Constitution is now regarded as grounds for incarceration in a mental hospital.  I was threatened 3 times for that in the Piazza S. Maria Maggiore in the wee hours of Saturday, May, 1, 2021 – and only saved from such a fate by a medic who declared that I was non-violent and peaceful and therefore there was no basis to impose such a cruel fate.

But an 18 year old high school student from Fano, Italy, was not so fortunate this morning, just hours ago, when he decided to make a political statement of his liberty by chaining himself to his school desk, without a mask, declaring that he and his fellow students were being brain washed by the State Propaganda of the Scamdemic.

Before doing so he distributed to his fellow classmates his Manifesto, entitled, “The Constitutionalist”.

But the School officials instead of protecting this youth and lauding him for his principled action and declaration called the police and medics, and had him forcibly put under psychiatric treatment against his will in a Mental Hospital, where, without his consent and without the knowledge of his parents he is being kept under round the clock observation for possible psychological disorders.

The student told the press, “I am well. I am in the Psychiatric Department at Muraglia, Pesaro, because they have placed me under a TSO (Obligatory Sanitary Treatment) and they told me that I will have to stay here a week.  At this moment a female doctor is snatching from me all “dangerous” personal effects.  The Red Cross gave me sedatives and brought me here to Muraglia, Pesaro.  My parents are not with me.”  At which point the Doctor grabbed the phone and said, “The young man needs to stay calm, the phone call stops here”, to which the press responded, “How can a young man who was making a political protest about the medical mask end up in a mental hospital.  To which the “Doctor” responded ominously: “This boy has persons around him who are giving him bad advice”.

There you have it.  The new Nazi State with its MKULtra clinics holds that you are mentally sick if you disagree with the State Terrorism-Propaganda campaign against your liberty.