August 19,2021 UPDATE:  Eleven days before the above report was filed, General Figliuolo, the Vaxx Tsar appointed by the Draghi government, confirmed the conclusion of my report saying:  “By September we will all be vaccinated”.  Click the image below to read the original report in Italian: 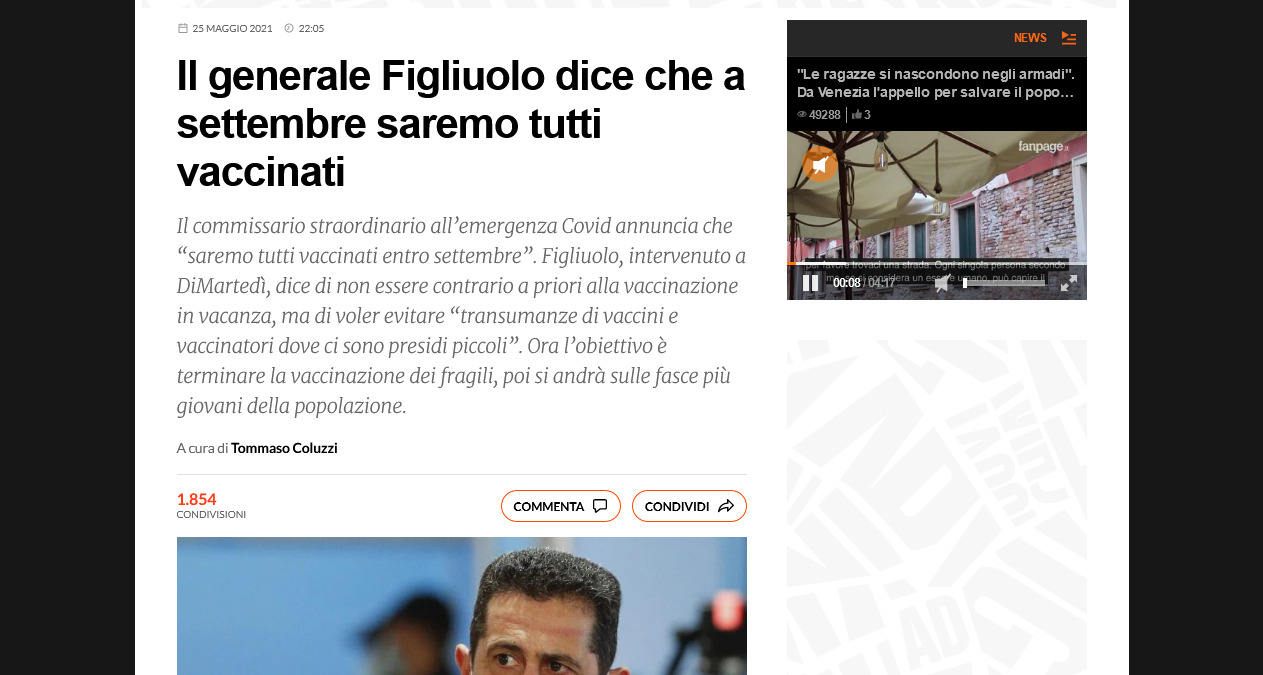