There is a long tradition of "Catholic" Freemasonry that works to co-opt, rather than abolish, Throne and Altar; to this older tradition belong many "Catholic traditionalists" of the Romantic era -- the counter-revolutionary philosopher Joseph de Maistre chief amongst them. 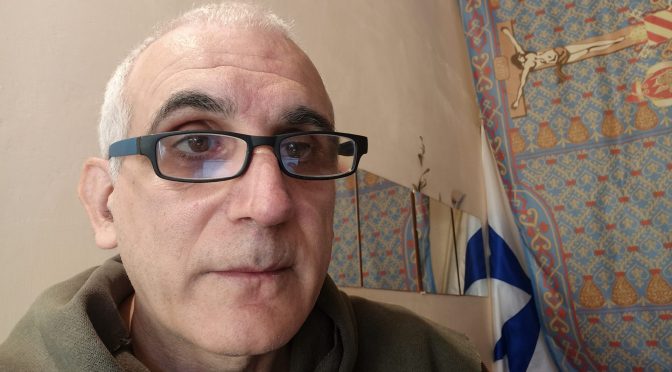 Defend Yourself from the Criminal Class

One of the most common tricks of the Masonic Lodges is to send out a pack of trolls to squelch the truth of the events of the day.

Their common tactic is to insist that words do not have meaning and that anyone who understandings them correctly, as they are understood by Lodge members, must be attacked and vilified.

Others are in such denial, because they want to serve the powers who be, that to publish news which points out that such powers are corrupt and evil and intent on genociding humanity, leads them to do anything they can to prop up their own fake view of reality and to deny the facts presented in the open light of day.

This behavior showed itself yesterday in response to my publication of the article on Civil War in Italy.  — (Though imperceptibly to my readers, because trolls, here at FromRome.Info, get banned for life, and the only reaction they evince from me is to press the spam button.)

My report explained exactly what the law obliges, but my opponents say the law contains nothing of the kind.  They want you to understand the law as the Government wants you to understand it, rather than as they intend it. Because if you understood it correctly you would start a civil war against the government. And that they do not want.

Here in Italy, doctors are giving the Vaxx to patients and watching them drop dead immediately or days later, but they still keep Vaxxing them.

Parents are taking their little ones to be vaccinated, and they are dying. But they keep on taking them.

Anyone who says otherwise is publishing fake news.

So the particular attacks against me in yesterdays report, marshaled 2 weak arguments: namely, that in Article 4 of the Law, it obliges only sanitary workers to get the jab, and in Article 5 it allows only those who have lost the use of their natural faculties to be presumed to consent to the jab.

But being an honest Catholic, who knows how to read, I simply explained what that means: you will be denied medical care in Italy if you refuse the jab.

Is the fact that I understand mathematics makes me guilty of publishing fake news if I know how to calculate a sum in a complex equation and you do not or do not want to? And if I am not, in mathematics, I am also not guilty in matters of law.

So for the lovers of truth who are fighting trolls of denial, here is the explanation:

In Article 4, sanitary works are obliged to get the jab. This includes not only hospital workers, but also all those in clinics and doctors offices. If they refuse, they must be assigned where they will not come into contact with possible Covid patients or fired. But they will be fired, because what kind of sanitary worker will never come in contact with such a patient, when the Government says the virus is every where or can be transmitted by everyone, even the vaxxed?

Here is where Article 5 kicks in.  The sanitary worker can presume you want to be jabbed, if you lack your natural faculties.  And clearly those who refuse the all saving holy Vaxx lack their faculties, and therefore can be forcibly jabbed, if they are in the arm reach of a vaxxed sanitary worker.  Therefore, if you do not want to be jabbed, you will be de facto denied all medical care.

Those who deny this are trying to get you to sustain, that a sanitary worker who is risking death by being Vaxxed or who has dumped all his training into the dustbin because of what is said on TV, is perfectly rational and ethical and NEVER would so take liberties with the law to vax YOU, even though he considered it nothing to vax himself. — What kind of dream world is such a troll living in?  Such an argument is madness argued by the mad to make others mad.

And since the Vaxx will kill all the sanitary workers to take it according to the top French Virologist, in short time there will be no sanitary workers in Italy. And thus no sanitary care. So you will be denied for another reason.  Also those sanitary workers who say what I just said are losing their licenses to practice, doctors and nurses included. And thus won’t be able to provide you care, legally, for in Italy medical care is nationalized, even private hospitals are controlled because they must abide by State laws on medical practice and because they receive funding from the State.

Quod Erat Demonstradum.  That is, I have thus demonstrated the truth of my article.

If you have a brain still, you can see it. If you are an apologist of denial, you will never see it, even after you enter into your final paroxysm of life as you die from the Vaxx.

Finally, since DL 44/2021 completely violates the Constitution, anyone, including those trolls here, who says it does not pose such a threat, are simply claiming that the Government can do as it please, and I cannot call it a dictatorship. They are like the Traitor Traddie who says Bergoglio is a heretic but I must accept him as head of my church.

I hope you can connect the dots, now. This is why FromRome.info exists, and it is why the site is already on blacklists.