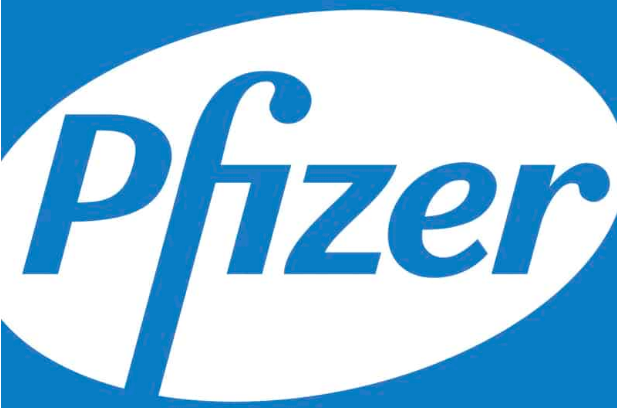 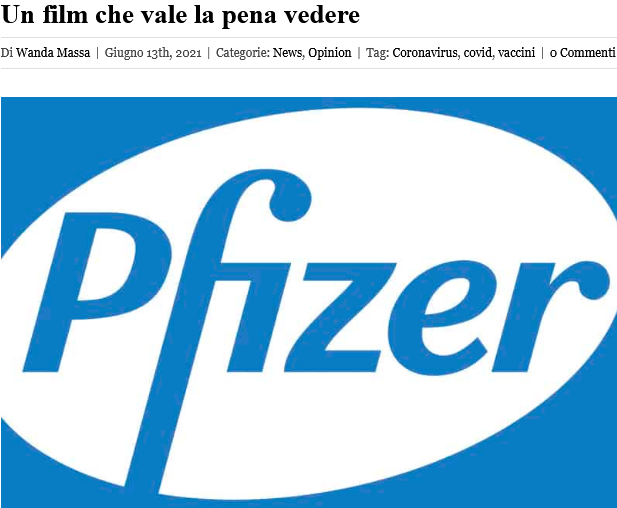 REPRINTED IN ENGLISH TRANSLATION, WITH PERMISSION OF THE AUTHOR

For the original Italian, published today, click the image above.

Multinational pharmaceutical company Pfizer has announced the start of trials of its Covid gene vaccine on the pediatric population, using emergency use authorization (EUA).

The phase 1/2/3 study will enroll about 4,500 children ages 6 months to 11 years in the United States, Finland, Poland, and Spain at more than 90 clinical trial centers, despite the fact that the Centers for Disease Control and Prevention (CDC) is investigating several reports of myocarditis, an inflammation of the heart muscle, in adolescents who have received mRNA vaccines.

The children will be given two injections of the vaccine or a placebo three weeks apart. Those ages 5-11 will each receive 10 micrograms, while the youngest age group will receive three micrograms.

The estimated completion date for the study is Sept. 1, 2023, and for the completion of the primary phase, Pfizer estimates March 4, 2022.

The rush by health officials and governments to vaccinate healthy children and adolescents without having adequate safety data is puzzling, considering that the evidence of record shows that Sars-CoV2 inflammation is virtually nonexistent in that age group and has not resulted in any deaths.

However, since it seems that many parents, now subjugated to the hammering media campaign vaccinista without contradiction, have already booked the gene serum for their underage children, it is useful to know more about this company, to which we entrust our health and that of our loved ones.

We are talking about one of the oldest and most prosperous multinational drug companies, in 2017 second in the world by revenue, Pfizer was founded in New York in 1849. Famous for its products such as Xanax, Viagra and the anti-inflammatory Advil, it is also known for the discovery of citric acid.

The New York-based company has faced thousands of lawsuits for injuries and illegal sales practices. It holds the record for receiving the largest monetary penalty in history for a pharmaceutical company, over $2.3 billion.

It turned out, however, that behind the huge profits were also illegal marketing practices: the sale of off-label products (i.e., drugs administered outside of the conditions authorized by the entities predisposed by pathology, population or dosage) and “defective” products that were extremely harmful to health. In 2018, the Reputation Institute (a company that publishes reports on the reputation of companies, based on consumer surveys and media coverage) considered it last in its rankings.

Some of Pfizer’s lawsuits have been dismissed; others are still being investigated by U.S. investigators. A variety of charges have been brought against the pharmaceutical company, from marketing off-label products to personal injury to murder for illegal human experimentation.

Inspired by those facts, John le Carré, famous author of many of the best-selling spy novels (he was also a secret agent of the Secret Intelligence Service), in 2001 published the novel Constant Gardener (literally, the tenacious gardener), which tells the story of Justin Quayle, a British diplomat whose wife is killed in Kenya because she is a political activist. The man – in an attempt to shed light on the murder – discovers an international conspiracy, supported by a bureaucracy corrupted by the money of a multinational pharmaceutical company that performs illegal clinical trials on the African population for a new generation drug against tuberculosis.

From the book was subsequently made – in August 2005 – a film adaptation: The Constant Gardener, directed by Fernando Meirelles, starring Ralph Fiennes and Rachel Weisz and produced by Focus Features. The film grossed more than $33 million in the United States and more than $82 million worldwide.

Let’s take a brief look at the facts (also reported in this documentary video broadcast on Rai 3).

In 1996, a meningitis epidemic broke out in the city of Kano in northern Nigeria, causing thousands of deaths. Pfizer sends its own doctors to participate in the humanitarian mission, offering to treat 200 sick children.

Parents didn’t know their children would be given an experimental antibiotic, Trovan, instead of the much better-documented ceftriaxone therapy. But the drug didn’t have the desired effect, so much so that Trovan is no longer on the market today: eleven children died and others became deaf, blind or permanently brain-damaged. So the Pfizer team quickly pulled up stakes, abandoning the sick people who lined up in front of their office to their fate. Only thirteen years later did those families get justice.

The whole affair rose to the forefront of public opinion after a Washington Post investigation in December 2000, sparking considerable international outcry.

From 2002 to 2005, the parents of the Kano victims in Nigeria took a series of legal actions against Pfizer.

In particular, in 2003 the parents of 52 of the victims asked the District Court of the State of Connecticut, USA, for compensation for having unknowingly undergone human experimentation without consent and in a covert and fraudulent manner.

In a series of 4 lawsuits against Pfizer in the US, they lost the case due to the lack of a decision on the merits of the accusation. It seemed that it would not be possible to obtain justice in the US for the relatives of the victims.

However, in January 2009, the United States Court of Appeals for the Second Circuit ruled that the Nigerian victims and their families had the right to file suit against Pfizer in the US under the Alien Tort statute or Alien Tort Claims Act (ATCA). Under this statute, foreign nationals are allowed to submit cases to U.S. courts for acts, committed outside the United States, against human rights by U.S. institutions or citizens.

This result was achieved thanks to the action of members of the US Congress who presented a report in 2006 to the House International Relations Committee, which defined as “absolutely terrifying” the behavior of the multinational company, asking for the opening of its secret archives.

The U.S. Supreme Court on June 29, 2010 rejected an appeal by Pfizer, which sought to put an end to lawsuits by Nigerian families.

At the same time, the Nigerian government establishes a commission of experts in 2001, but the results of the investigation strangely remain secret.

The children’s families, their lawyers and the media tried for five years to find out the results of the report, but were unsuccessful, until it was published in the Washington Post on May 7, 2006, by a source who asked for anonymity for fear of personal reprisals. The report reveals how Pfizer violated Nigerian law, the International Declaration of Helsinki and the International Convention on the Rights of the Child.

In 2008, Nigerian judge Shehu Atiku orders the arrests of three Pfizer officials (Ngozi Edozien, Lare Baale and Segun Donguro), for failure to appear in court on criminal charges against the multinational for the 1996 Kano affair. A total of 10 Pfizer individuals have been charged by the Nigerian judicial authorities in 31 separate legal actions.

In February 2009, Pfizer decides to settle its lawsuit with the 200 plaintiffs out of court. To this end, it convenes a meeting between the parties to be held the following March in Rome. After months of negotiations between the pharmaceutical company and the Kano State Government representing the plaintiffs, an agreement was reached, thanks to the mediation of former Nigerian military leader Yakubu Gowon and former US President Jimmy Carter.

The terms of the understanding reached between the federal government and the multinational remain unknown due to the nature of the agreement brokered by the former Attorney General of the Federation and Minister of Justice, Aondoakaa Mike.

In October 2009, moreover, it is announced that the medical records of the victims have been inexplicably lost: they are not to be found either at the Nigerian Ministry of Health or at the Infectious Diseases Hospital where the trial took place.

The announcement of the lost medical records came after the state Attorney General of the Justice Commission Barrister Aliyu Umar confirmed that the state government had received $10 million from Pfizer as part of the settlement of the long-running litigation.

In November 2010, a ceremony was held to lay the foundation stone for the construction of a new hospital in the city of Kano. The new facility is the result of an agreement between the Nigerian state government and the multinational Pfizer, under which the Nigerian government dropped criminal and civil charges against the company for the deaths of children during the 1996 epidemic.

Bending over the pharmaceutical giant were two straightforward lawyers: young Nigerian Etigwe Uwo and Connecticut divorce attorney Richard P. Altschuler. Together they represented the interests of aggrieved African families in a class action lawsuit that is unprecedented in history. At first, Pfizer strongly denied any allegations. Those children, it argued, were not harmed by the medicine, but by the meningitis that killed eleven thousand people during that period.

John Le Carré, who studied the legal case for the writing of his bestseller The Constant Gardener, commented that the story told in his novel “compared to reality is as banal as a postcard”.

Today the situation is different because it has been previously approved immunity for pharmaceutical companies, responsible for producing the experimental vaccine against Covid, so families will not be able to get any compensation in case of damage.

All the more reason to recommend the reading of Constant Gardener by Le Carrè or at least the vision of the homonymous movie.