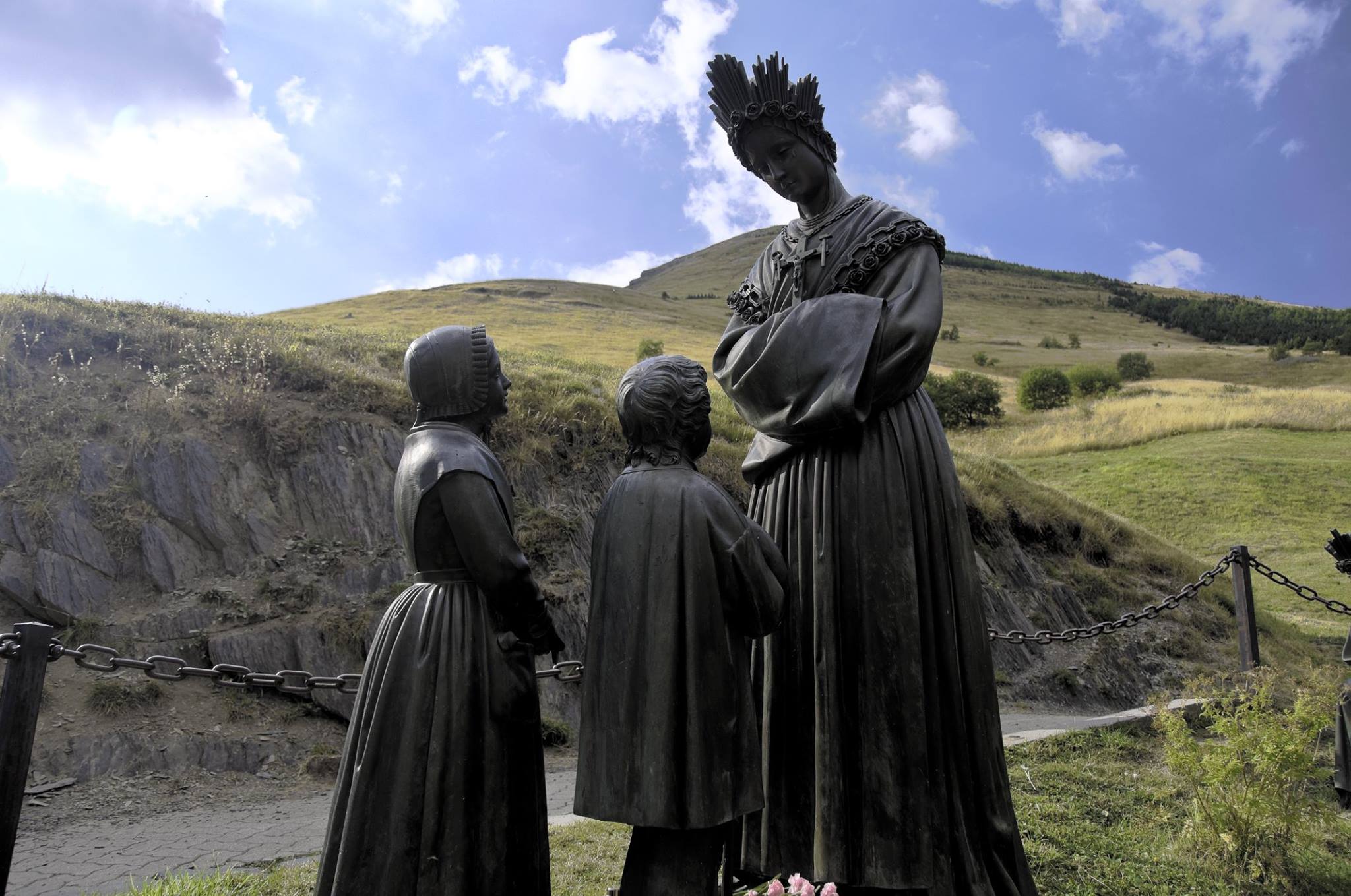 I have already written here about how the secret given by Our Lady at La Salette to Melanie contained in it the prophecy that there would be two popes.

But Our Lady revealed more.  And there is much in that Secret which contains references to our own day, if we but reread it now.

The first which caught my eye is:

15. ‘The holy Father will suffer much. I will be with him until the end to receive his sacrifice.’

Which is certainly capable of being understood of Pope Benedict XVI who of all popes has suffered the most bitter treacheries on all sides inside and outside the Church, from progressives, modernists, freemasons, and even tradies.

The Horsemen of the Apocalypse

In the Apocalypse, after the scorpions sting the inhabitants of the earth for 5 months, there will usher forth a huge number of horsemen wearing crowns, who will slay a third of all the inhabitants of the earth. This appears to refer to how the naturally occurring harmless coronaviruses which come every year during the flue season, will be empowered by the Vaxx to kill all who are vaccinated.

As for this danger, it is now certain, since all the top virologists and all medical studies have shown that those vaccinated for coronavirus end up dying when they are exposed to another form of the virus, due to an excessive antibody reaction.

Even the executives of Big Oil now agree, as I reported yesterday.

Of the expected 2 billion who will die in the next few years on account of antibody priming by the Vaxx, Our Lady seems to warn us 185 years ago, when she told Melanie:

20. … Then Jesus Christ by an act of His justice and of His great mercy for the just, will command to His angels that all His enemies be put to death. All at once the persecutors of the Church of Jesus Christ and all men devoted to sin will perish, and the earth will become like a desert.

Notice how the work of mercy and justice are united. It is justice that those who took a dangerous medical injection now suffer the consequences. But it is a mercy for the honest and good that these who failed to hold fast to truth, most of whom either ignored God or attacked Him and His faithful by voting for evil politicians, will be struck down dead.

But after this, there follows immediately by a most consoling prophecy, which appears to refer to the age of the Triumph of the Immaculate Heart of Mary, that era of peace which will precede the coming of the Antichrist.

… Then peace, the reconciliation of God with men will be made; Jesus Christ will be served, adored and glorified; charity will flower everywhere. The new kings will be the right arm of the holy Church, which will be strong, humble, pious, poor, zealous and imitator of the virtues of Jesus Christ. The Gospel will be preached everywhere and men will make great progress in the faith, because there will be unity among the workers of Jesus Christ and because men will live in the fear of God.’

And, although it was revealed to Melanie that the days of the Antichrist are not far off, Our Lady confirms the prophecy of St. Hildegard of Bingen, that as soon as the Antichrist appear, God will send back Elijah and Enoch to preach against him and work wonders to confute him.

[Abbé Combe, the editor of the 1904 edition, adds the following note after this paragraph. ‘I have from Melanie that the Church will be eclipsed in this sense, that 1) one will not know which is the true pope; 2) for a time: the holy Sacrifice will cease to be offered in churches, and also in houses: so there will be no more public worship. But she saw that yet the holy Sacrifice would not cease: it would be offered in caves, in tunnels, in barns and in alcoves.’]