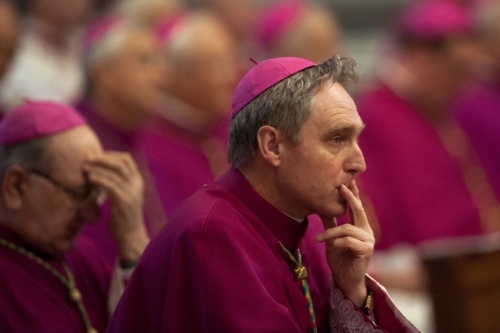 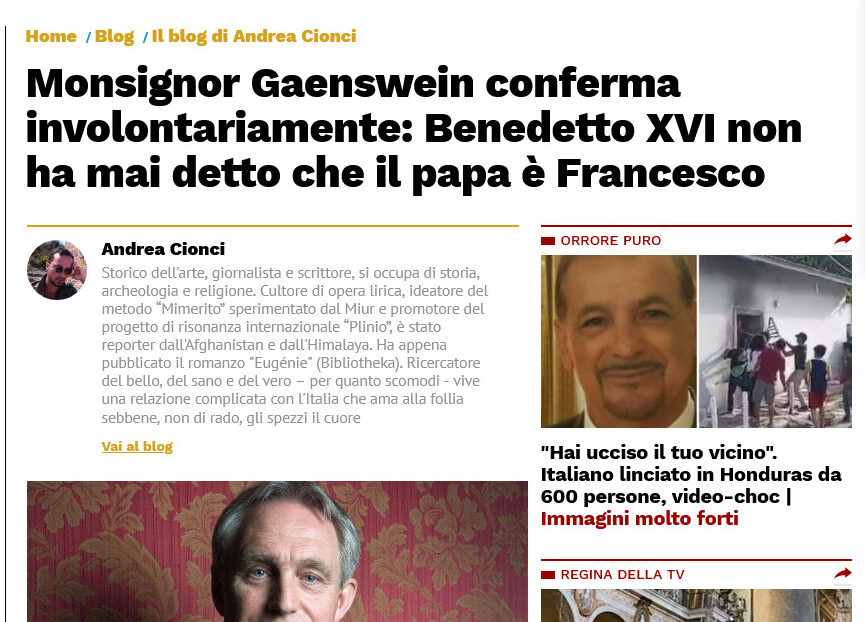 Two days after the below report, Andrea Cionci reports the same, at greater length. Click above image for Italian original of his report.

July 7, 2021 A. D.: As Bergoglio recovers in the hospital from intestinal surgery, there comes the stunning news from the Vatican, that Archbishop George Ganswein admits that Pope Benedict, in saying, “There is only one pope”, has never identified Bergoglio as that man.

The shocking revelations were made on the FaceBook page of Father Enrico Bernasconi, in his citation of a personal letter of a Catholic Deacon of his own diocese, who spoke at length with the Archbishop on June 20th of this year, about the status of His Holiness, Pope Benedict XVI, as a result of having written direction to the Holy Father in the spring, to have a definitive answer as to who is the real pope.

In consequence of that conversation, the Archbishop instructed the Deacon to tell Father Bernasconi three things.

You can read the entire post by Father Bernasconi, here, in the original Italian.

Here, I wish to comment only on this statement crafted by Archbishop Ganswein:

“The Pope HImself, Benedict, has declared several times that there is only one pope and it is clear that this is Francis.  Other interpretations are instrumentalizations.”

So let’s read that again:

Why does Ganswein not say, that Benedict has declared that Bergoglio is the only one pope? Why does he add in his own name, “It is clear that this is Francis”?

But even Ganswein identifies Benedict and Bergoglio as pope.

Therefore, if it is not Bergoglio, it must be Benedict.

This is explosive news. Ganswein is arguably the most reliable testimony to what Pope Benedict XVI has said on all topics. But even he cannot bring himself to assert in writing, that Benedict XVI has identified, this “one and only pope” with Bergoglio.

And that means only one thing. That Cionci’s reconstruction of Plan B is certainly the truth. Pope Benedict XVI knows what he is doing, and his discretion and reserve, point to the truth of it: He knows he is still the one and only Pope, and his Declaratio of Feb. 13, 2013 is a great ruse to bring about the downfall of Ecclesiastical Freemasonry.