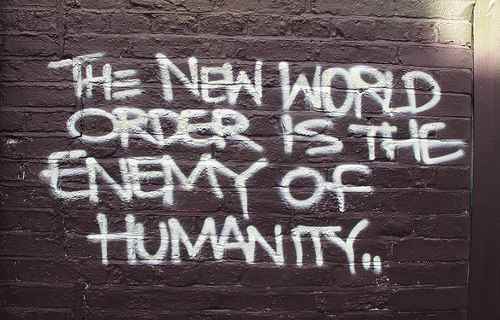 One of the most demonic projects of modern times is the Masonic goal of destroying human civilization through the spread and diffusion of pornography.

Pornography is the most alluring and destructive psychological manipulation tactic that the worshipers of Satan have used, because it exploits a natural tendency of mankind and repurposes it to the destruction of self and others, the degradation of the image of God in man, and the sterilization of cultures.

The Masonic Lodge, as I have mentioned many times, is a coven of perverse psychopaths. They may very well also be the sons of witches, so great is their devotion to evil. And yet the higher and knowledgeable levels of Freemasonry keep many of the lower levels in the dark, so that just as carnal men cannot understand their betrayal of God through carnal sins or omissions, so they can lead the most men and women possible into their network of control and power, for the damnation of all of humanity.

To join any society which does not name Jesus Christ as the sole savior and require faith in the God Whom He has revealed, Father, Son and Holy Spirit, is a grave sin of rebellion to God and already merits a certain sort of dark sin which opens the doors to psychopathy and diabolic possession.  And thus, it is the very existence of the Masonic Lodge which fulfills is primary purpose of existence.

But the use of pornography to attain these goals is central to the way Freemasonry recruits members and obtains control of them. They associate with non-freemasons in every social context possible, and form friendships with other men and women. Then they admit that they practice some sort of deviant sexual behavior and many even list such behaviors to discover to which one the non-mason is lured most. Then they offer access to such perversions and use that knowledge to blacklist and control the non-mason, even if afterwards he does not join the Lodge.

The legalization and diffusion of pornography is thus a key element in Masonic world domination. The upgrading of the Internet in the 90s to contain images allowed the internet to become the “web woven over all the nations” — as Isaiah calls death — to push pornography into the view of all human beings, of whatever gender or age.

The recent push by Globalists to isolate everyone and to make them dependent on the internet and cellphone with graphic abilities are thus not casual accidents but rather part and parcel of the program to enslave all souls to Satan through impurity.

Our Lady warned us against this at Fatima, when she said the majority of souls who go to Hell, go there because of sins of impurity.

God the Creator hates impurity because it repurposes the greatest natural power he has given mankind — that of participating with Him in the creation of a new human person — and redirects this to purposeless and addictive self-gratification and the destruction of family life.

In fact, if you have had the misfortune of knowing anything about pornography, none of it has anything to do with a husband and wife, and all of it is designed to make the person who looks upon it addicted to forms of venereal activity which cannot produce life, or if they could, would do so outside of the family, so that the child conceived could become more easily controlled by Masonic institutions.

Pornography is as much a mythology as it is a perversion. As a perversion, there is no right use of it, and he is a fool who thinks otherwise. It is disgusting, shameful, twisted, and created by persons who have so sense of self dignity or any grasp of morality. Its publishers are psychopaths, who aim to make money by destroying families and degrading human beings to a level lower than dogs. And Christians should lobby and vote so that the entire industry be outlawed and its publishers given capital punishment, as all barbarians and enemies of humanity deserve.

Pornography is essentially anti-human, because the intimacy of a human being is something which belongs by right to no one but that person and his or her spouse.  Thus to look upon another human being stripped bare is a violation of that person’s human dignity, even if you do not know who that person is.

Pornography is also a mythology, because nearly everything in pornography contains the promotion of things or behaviors which are highly unsound medically and biologically disordered.  The parts of the human body made for procreation belong only together and not in contact with those parts of the body used for eating or excrementation.  Any idiot can see this. And to obstruct the conception of new life is the greatest attack on one’s own dignity and the greatest robbery of benefits from the prospective father and mother.  Finally, the distortion of the venereal powers, from being directed to conception of a new human person toward pleasure for itself, is a pathological form of psychosis, which can only lead to sociopathy:  the belief that one is not obliged by the moral law in certain cases, which leads to all kinds of criminality and abuse of others and self — and to psychopathy: the belief that there is no moral law and that all things can be allowed.

Pornography also has the aims, thus, of sterilizing nations, exterminating Christian peoples, taking away the basic natural motivations for life, which consist in forming a family and enjoying the unity and benefits of family life. Man without children is a man without purpose who exists only to be enslaved by the purposes of others. He cannot work for his own benefit, since he has no benefit which is truly his own without wife and children.

Pornography is the chief cause of effeminacy. Because instead of seeking a wife and having children, so, so many men prefer simply to abuse themselves or others to have the venereal pleasure without family or children. And a man who takes such pleasure by himself is no different from a sodomite, because there is absolutely no other sexual orientation but the natural one, everything else is a lustful addiction to self abuse or to being abused sexually by others.

When you realize how demonic are the forces behind pornography, perhaps then you can turn back to God and beg the grace to be liberated from the terrible vice of condoning it in any manner.  Many want to be freed from this, but because there are so many errors involved in pornography — the more principal ones which I have named above — unless you reject all these errors it is easy to fall back into this sin, because of the many breaches of error which have been forced open in the conscience by this sin and wicked practice.

As Christians we need to preach against pornography, blacklist all corporations which promote it, exclude from politics all political parties in favor of it, and seek the prosecution of all politicians and businessmen who allow it for spreading dangerous medical misinformation and for promoting the sexual abuse of minors, where pornography always leads to.

Begin today your own personal war against porn, by removing from your home all that falls under this category, destroying it by fire or breaking CDs or video cassettes which contain it. Install protecting filters on your computer if you have this addiction. And confess this sin and vice as soon as you can, while professing all the truths which it attempts to undermine:  that God our Creator gave us the greatest natural power of procreation which can only be used licitly and effectively and usefully in the procreation of children of our own with our spouse in holy matrimony and which God never intended to be used at any other time for any other purpose, on account of the great dignity of this power and the very nature of man, who is made in the image and likeness of His Creator.

Chose God and hold fast in faith to the wonderful truths and proper use of the powers he has given you. Reject Satan and his minions in the Masonic Lodges, halls of power and economics, and followers in society, and live chastely and uprightly in the sight of the living God.

Finally, we must all remember that the first Divine Command to the human race is this: “Be fruitful and multiply and fill the Earth”.  Thus, if you do not have the vocation to be a priest or monk, you have the divine duty to marry and have children. Padre Pio advised every Catholic couple to have 8 children. Seeing how most have sterilized themselves through porn, abortion and/or other forms of selfishness, I would recommend to each couple to have 16 or 20.  In consequence, this means, that the entire Catholic community should be vigilant to help young people find their future spouse and marry well. We cannot afford to ignore this most important apostolate of promoting the Catholic Family. Catholic employers can do their part, by stop giving to secular causes, and direct all disposable funds to increasing the wages of those workers who have respected God and trusting in His Name by having more children.

8 thoughts on “The Masonic Lodge, MkUltra, Population control & the project to damn as many souls as possible”