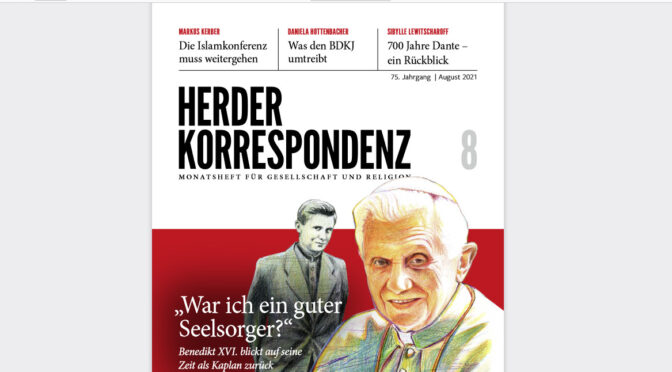 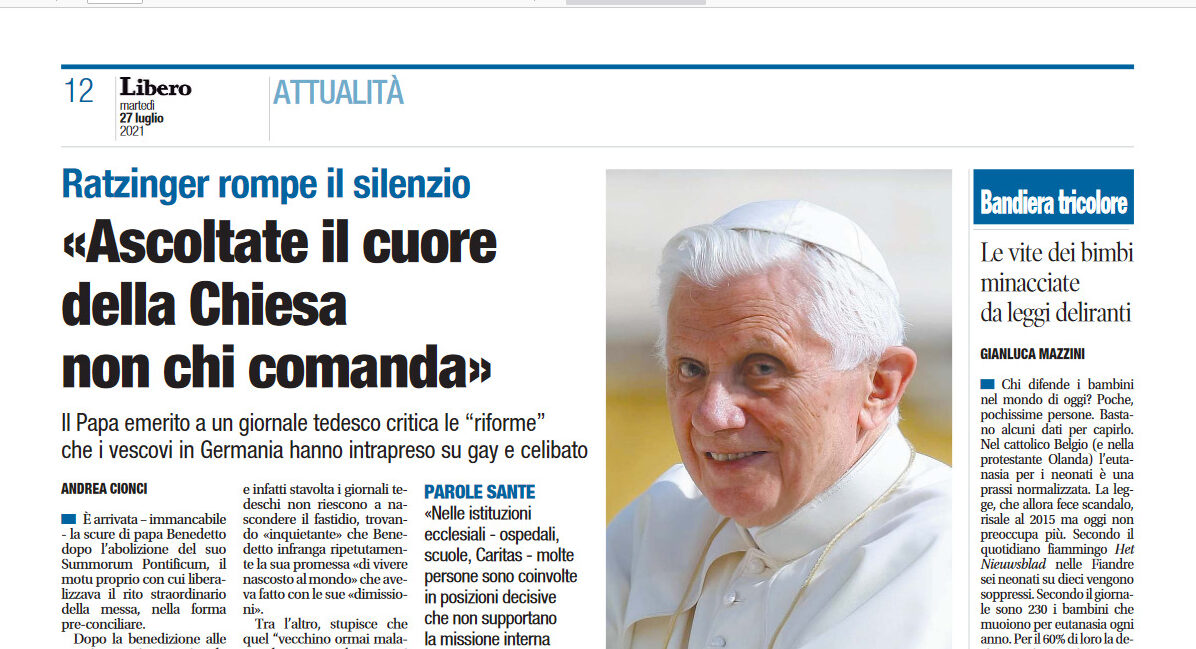 The true Vicar of Jesus Christ, moved by the Holy Ghost, has responded to the attempt by Bergoglio to eliminate the Ancient Roman Mass, in the document, Traditionis Custodes.

Pope Benedict XVI’s comments were contained in an interview he granted to the German Publication, Herder Korrespondenz, for their August 2021 edition.

The import and significance of this interview, as regards not only the conflict between the AntiPope and AntiChurch of Jorge Mario Bergoglio, and the true Catholic Church led by Pope Benedict, was exposed and explained in a lengthy print article in today’s Libero, on p. 12 (to read the original click on the image above).

Here I will only speak to the central issue in the interview.

The Holy Father criticizes the leaders of the Church and Church institutions in Germany, faulting them for acting without any inner or spiritual cohesion with the Church, the Gospel or Her teaching through the ages. He urges the Faithful to remain faithful to the spirit of the Church and not to the unfaithful leaders of the Church of today. His position is not far from that of the late Archbishop Marcel Lefebrve, which is why this talk is causing a earthquake here in Rome and throughout Europe.

Pope Benedict XVI is putting his finger on the loss of faith in modern times. And giving sound guidance for the faithful to stop obeying faithless leaders and resist them.

This entire counsel is exactly that which Andrea Cionci has discerned in Pope Benedict’s Declaratio of February 11, 2013 and his subsequent behavior and authentic statements.

You can read the entire by Cionci in full by clicking the image above. FromRome.Info will try to publish an English translation of Cionci’s article tomorrow.

Editor’s Note: The entire German text of the original publication is not available for FromRome.Info to republish. But if one of our readers is fluent in German, and can write a complete summary with citations for our readers in English, I can make the original available to him/her in PDF.