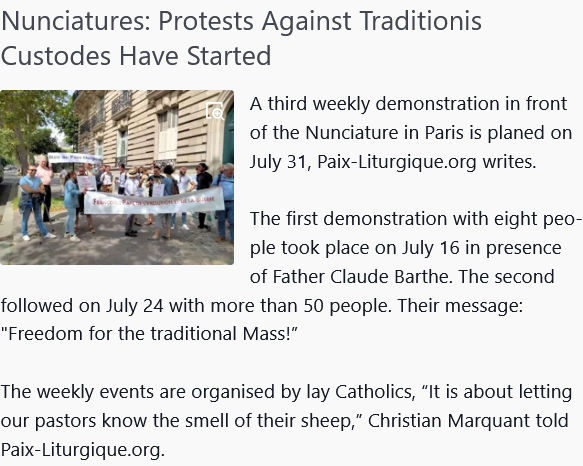 Catholics need to understand that if you protest Traditionis Custodes, you are conceding that it is legitimate and that Bergoglio is legitimate. Think about that.

It is a lot easier to read the evidence that Benedict XVI is the Pope and dismiss Traditionis Custodes entirely.  In fact, it only takes the intellectual energy to see that “munus” is required in Canon 332.2, but that “ministerium” is what is renounced in Pope Benedict’s Declaratio  of Feb. 11, 2013.

It is not difficult!

Stop pandering to the system, inside their narrative. Return to the Faith, to the true Pope and to sanity!

How are Catholics at Rome responding? With protests, no!

We are raising funds to open a TRADITIONAL MASS CENTER where only Pope Benedict XVI will be named in the Canon of the Mass as the Pope.

This is spiritual warfare. And this is how to do it.