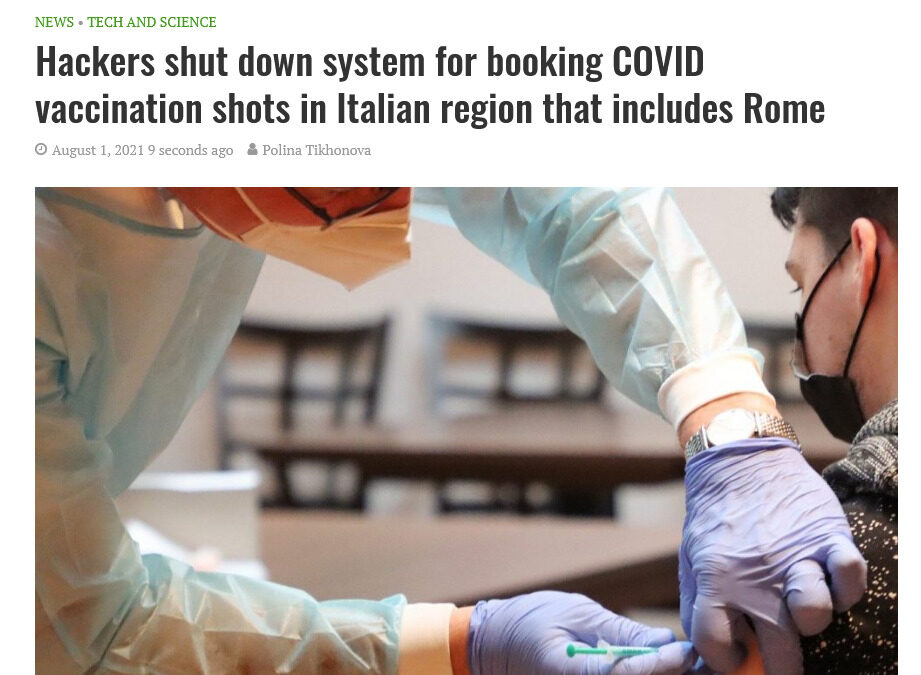 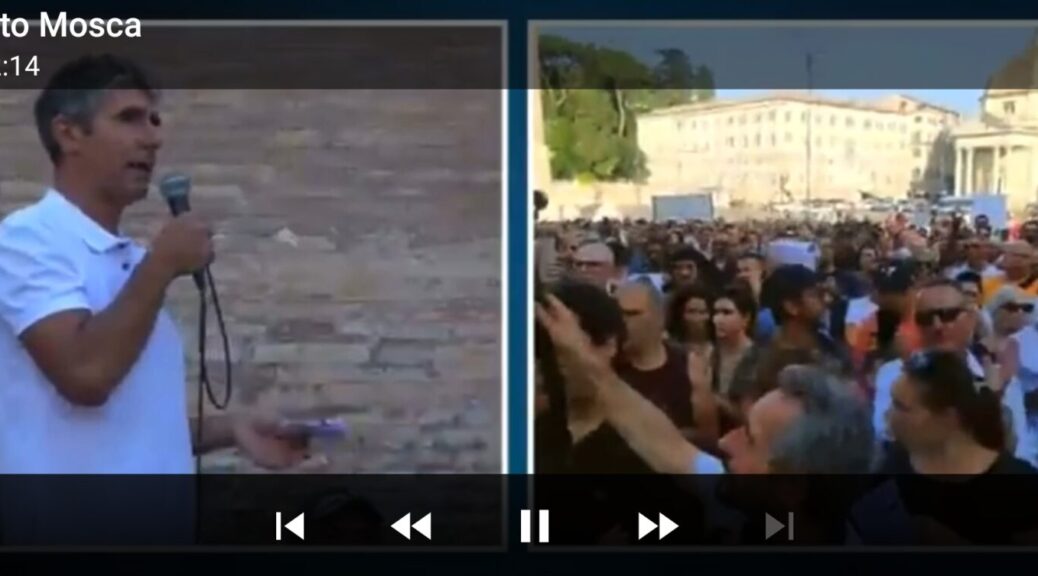 Rome, Italy: July 31, 2021 A. D. — The intense and precise denunciation of Jorge Mario Bergoglio came as unexpectedly according to hour as to place, as from a speaker standing to speak on an entirely different topic: that of the Scamdemic and how it must be opposed.

On the evening of July 31, in the Piazza del Popolo, Italians from all over central Italy gathered to denounce the Sanitary Dictatorship of the political class and protest against the imposition, in a few days time, of the Vaxx Passport.

At one point, there rose to speak Luca Teodori, spokesman of the Movimento 3 V. And his words are so stunning, that I will translate them here into English. Play the video above, to listen to them in the original Italian. The comments are made in reference to Bergoglio’s complete advocacy of the Plandemic and his encouragement to 1.2 Billion Catholics to take the Death Vaxx, 100s of millions of whom will die on this account because of him.

But, first of all, since we are at Rome, allow me to make a comment.

What has happened in these months, in this last year and a half, the complete compliance of Cardinal Bergoglio to a work of evil against humanity (intense applause and cheering) is a disgrace! (whole crowd cheers in approval to the statement)

To have had a Cardinal — whom I would be ashamed to define as “a pope” — one like this one,  who has served evil: it cannot be that he is the pope.  But not only because, we have Ratzinger still, but because upon this one (Bergoglio) the Holy Spirit could NOT have descended. (cheers and acclamations)

He who is at the service of evil can NOT have the Holy Spirit.  And we say this, at Rome! O. K.! (Entire crowd erupts with applause and cheers)

Bergoglio! Shame on you! 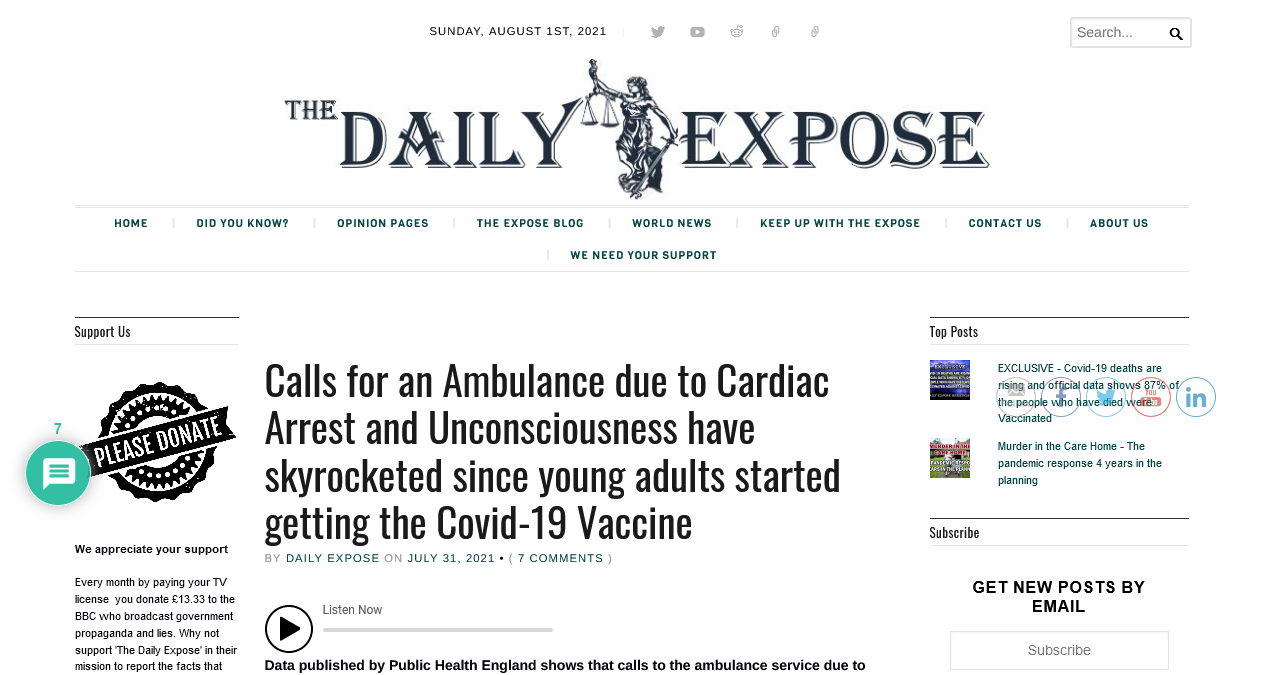 Just when you thought you were prepared for every lie and trick of the Globalists to cover for their Scamdmic, you run into more information which shows the utter pathological mania to control which grips their adherents.

The latest is this: blaming a Vaxx death on an unVaxxed as a murder scene! by claiming “there is no evidence” that the Vaxx killed your love one! THEREFORE you must be suspected of foul play. And hence, WE have the rights to seize YOUR assets!

As I see it, this is the ultimate narrative play to eliminate the unVaxxed and steal all their assets AND prevent them from inheriting the wealth of the Vaxxed who die. Indeed, it’s the perfect power play.

And lest you think I am making this all up to get clicks, I present here the published reports in New Zealand — Socialist Dictatorship Laboratory for more than 30 years — about the strange case of Dr. Polinghome, who was and is being accused of the murder of his lovely wife, Pauline Hanna, after she dropped dead just days after the second dose of the death-dealing Vaxx. 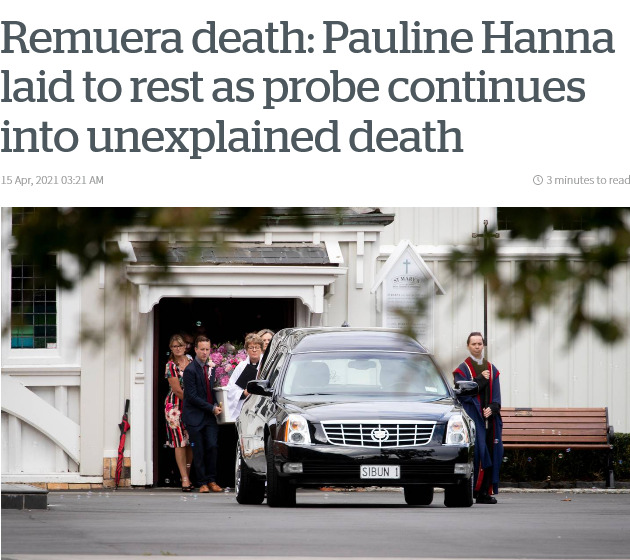 And then the Husband is chosen as the goat of expiation for the Vaxx’s work: 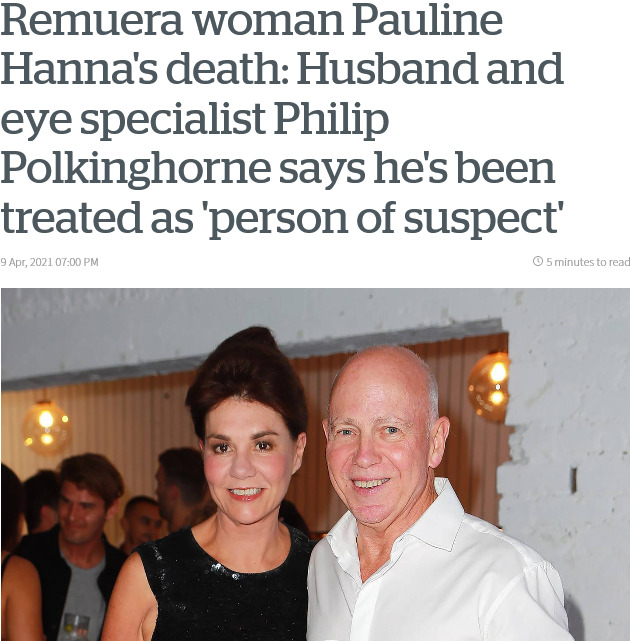 Then they name him as a suspect: 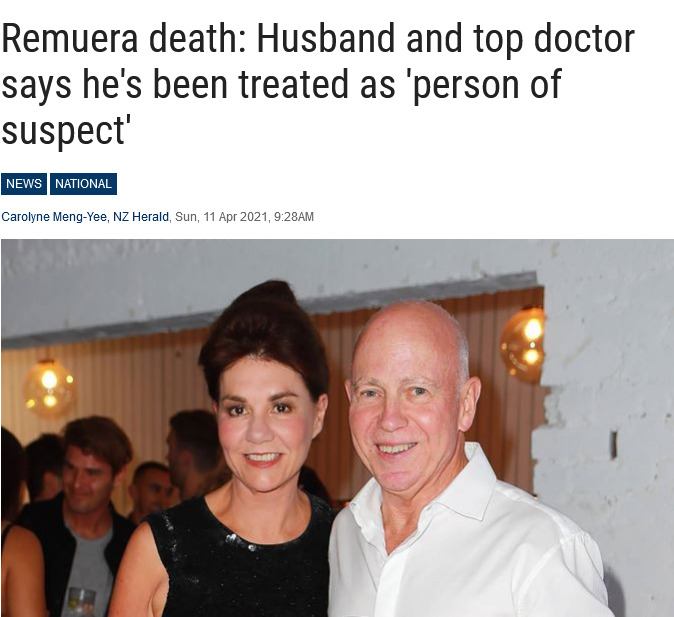 And then they attack his character: 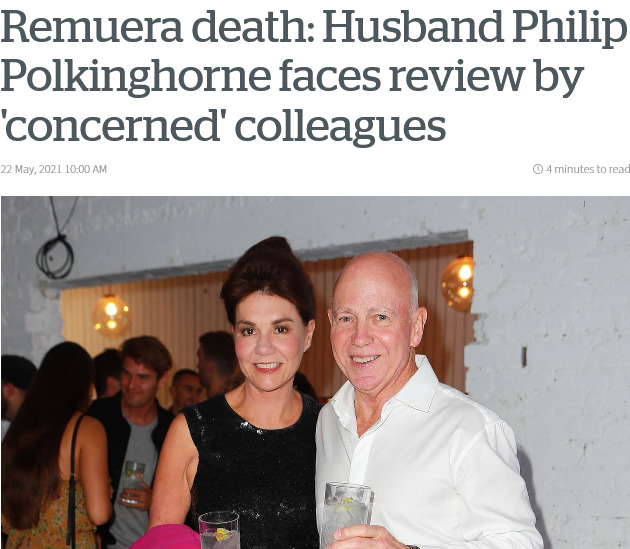 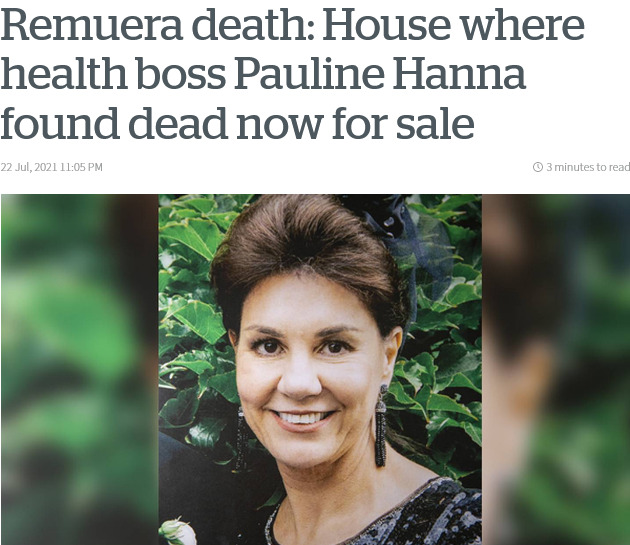 It Begins... Illinois Superintendent Will Hand Out Yellow ID Badges Based on Vaccination Status https://t.co/fsa3shcQlD