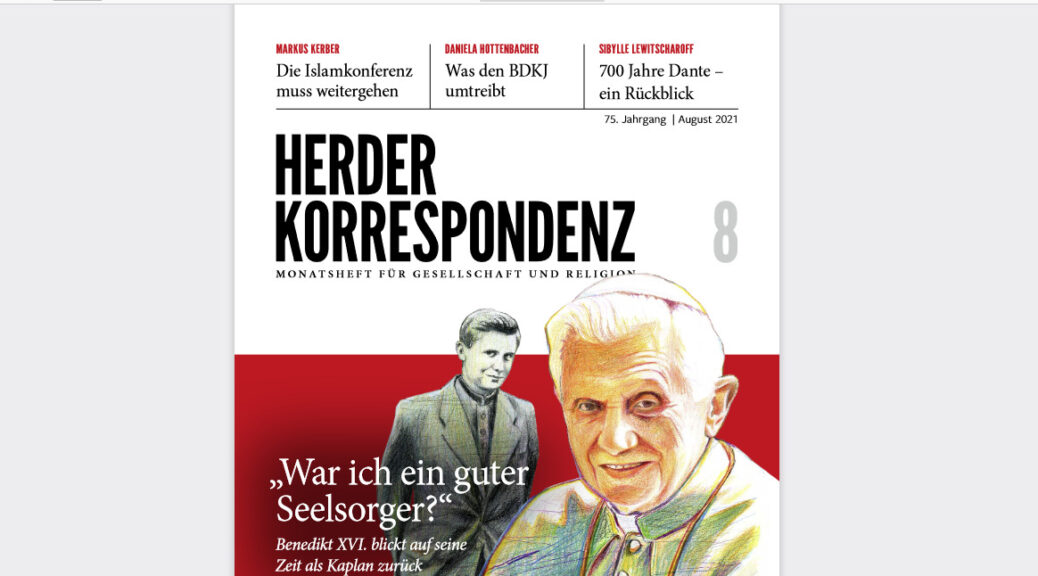 The Holy Father conceded a lengthy interview to Herder Correspondenz, a German language publication which covers Church issues in Germany.  Those of us who do not have access to that publication or who cannot read German have not yet heard what the Holy Father said, so, FromRome.Info, having received an accurate English translation of the interview shares it here for all the Faithful.

FromRome.Info has not corrected nor edited this text, since the original belongs by copyright to Herder Correspondenz. Anyone wanting to publish the entire text in English or any other language must contact them directly. The text below is for Catholics everywhere who want to cite some passage from the interview in English for an article or blog post.