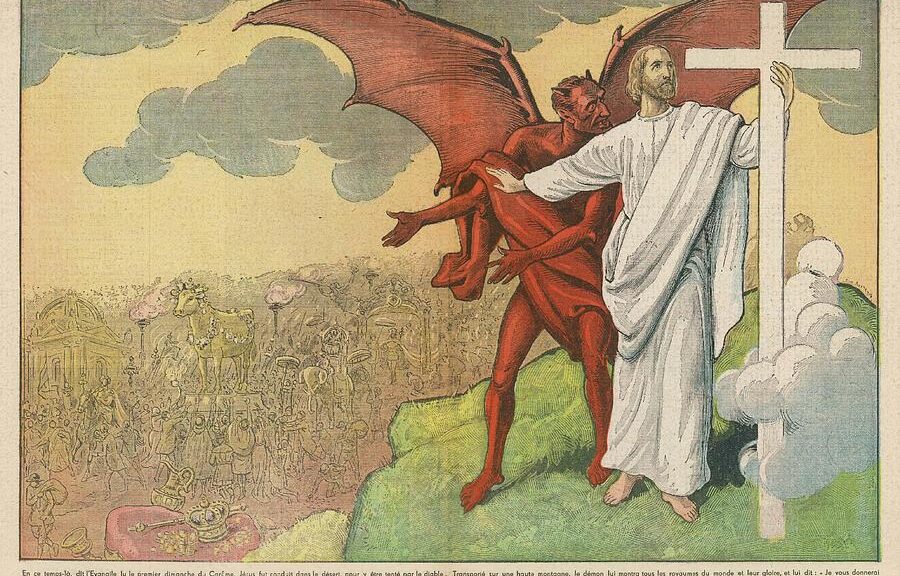 We are in a great spiritual test. And it is a test of discernment.

And the trial is not a complex one.

We are being asked, without words, “What does it mean to be a Christian?”

And if think the answer is, “Obey your superiors no matter what”. Then you are a NAZI, not a Christian.

And if you cannot discern when your pastor is a Nazi or Pagan or Satanist, and think being a Christian means obeying without questioning, then you will fail this test, get vaccinated and die within the next few months or years.

But if you know and believe with all your heart and mind that Jesus Christ rose from the dead, is God, and is the Lord of your life, and as Creator holds you in His hand against the forces of the world, the flesh and Satan, you will know that discernment is essential to remaining His faithful disciple. And then you will mistrust politicians, doubt journalists, refuse dangerous medical practices, not put your hope in hospitals or doctors who are paid by the State, and decline the Vaxx, refuse the Mask and ignore the Sanitary Dictatorships ludicrous pharaseism.

Alas, the majority of the Catholic world has already failed this test. And they will most likely find no salvation, because they won’t even admit that they did anything wrong. They have practiced the same false version of Christianity they have chosen and learned to live and love.

All around the world, the Catholic hierarchy and clergy are perfecting the perfidious betrayal of Christ, begun with the refusal to celebrate Easter in 2020, with the insistence their flocks take the Death Vaxx.  They really want you to drop dead and go down to hell with themselves. Such men are not vicars of Christ, but vicars of Lucifer.

But for us who still have eyes to see, Our Lord warns us to see and hear with discernment.

Finally, it is not a sin, but a work pleasing to God, to physically and morally separate yourself from false shepherds. Now more than ever, a Christian needs to take his prayers in private directly to Jesus Christ and ask for the light of salvation, knowing that FROM HIS THRONE OF MERCY AND GRACE one can obtain help in every need and light to solve all problems, IF WE BUT ASK WITH HUMILITY AND PERSEVERANCE.

17 thoughts on “A Great Temptation or Testing has been set before us….”