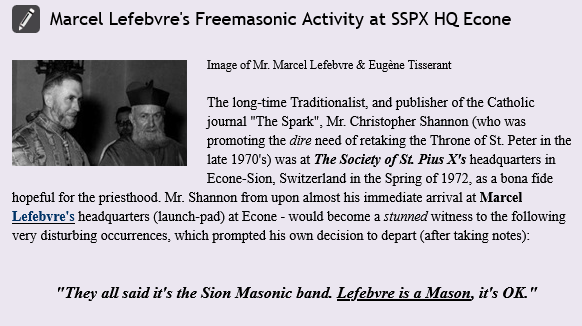 And more evidence and discussion: 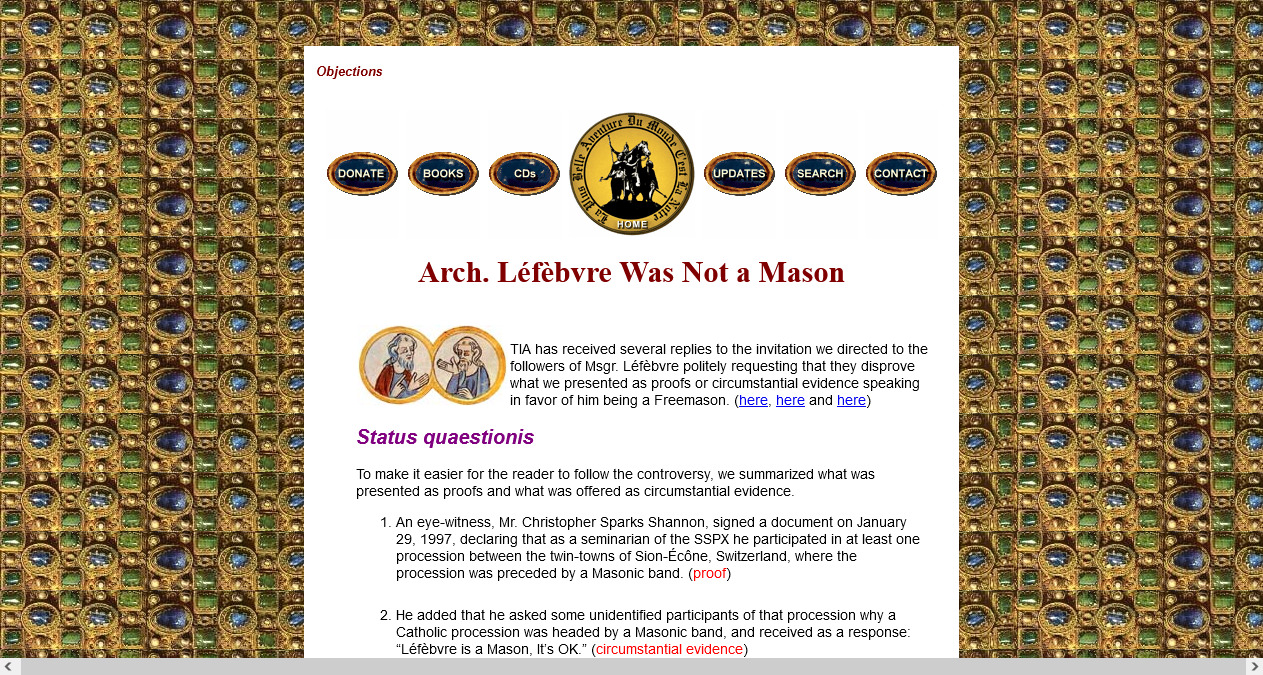 9 thoughts on “Was Archbishop Lefebvre a Freemason? — Testimonies & Debate”