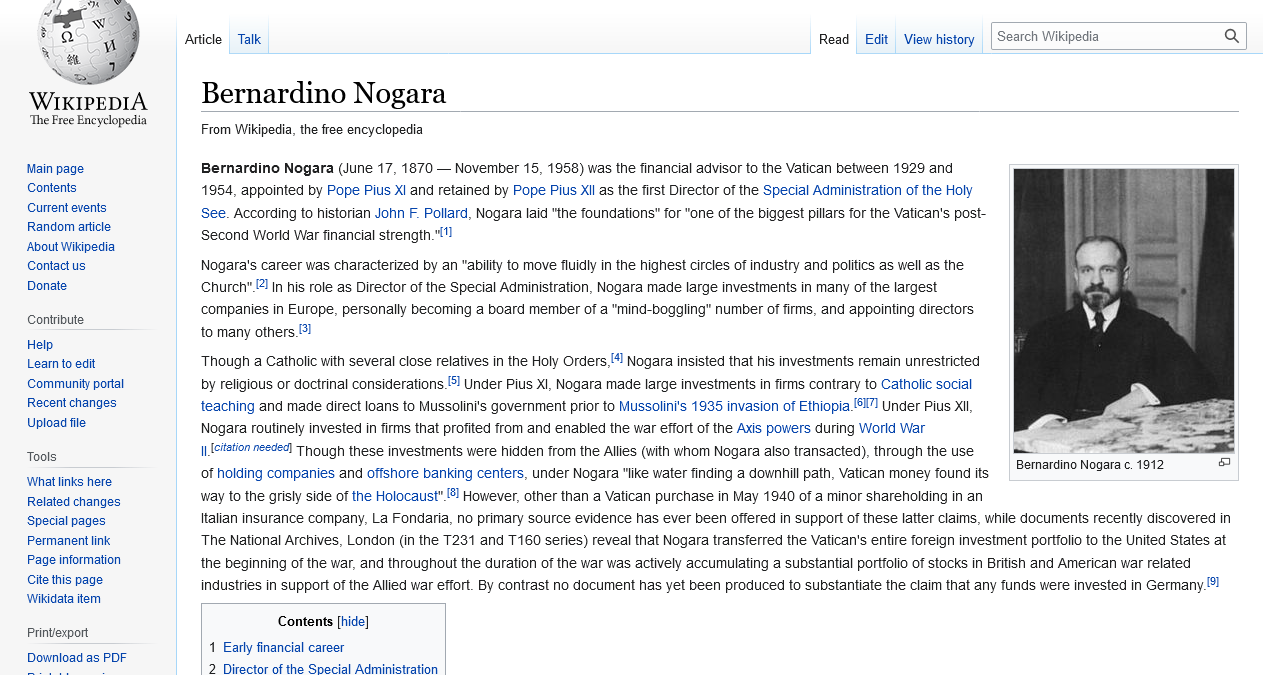 17 thoughts on “Bernardino Nogara: The Man whose life-history proves that Pius XI & Pius XII were nefarious traitors to Christ”