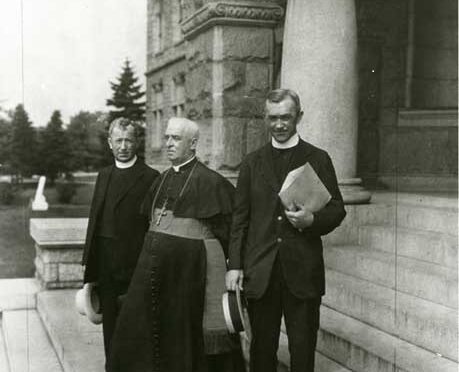 If you had not long ago written off the Catholic Bishops of the United States of America as complete hypocrites and frauds, if not enemies of the Faith and of the faithful, you can add to your files this report about Father John O’Grady and the role he played in their effort to assist Pius XII move Nazi War Criminals to Argentina. (He is the priest to the right in the Catholic Univ. of America Archive photo, featured above).

The story begins at the end of World War II, when Germany was doing all she could to ensure the survival of the Nazi political, scientific and technical hierarchies. I wrote about this in articles about the Rat Lines and showed the intimate role various members of the Catholic Clergy played in this.

I just published the  biography of Bernardino Nogara who was the Papal Agent for investments, who with the direction and agreement of Pius XII profiteered for the Vatican during the War from Nazi war activities. I have also reported with my colleague, Andrew J Baalman, how Pius XII struck a deal with the Skull and Bones Agent for CIA collaboration in the post World War II era.

In 1946, then, a year after this deal was struck with American Intelligence Operatives, Pius XII launched a call to assist War Refugees to relocate to South America. The only country able and ready to take them was, conveniently, Argentina, the very nation which was a close economic ally and supporter of the Nazi Regime, on account of its dominant German immigrant population.

To finance this, Pius XII asked and received full support from the Catholic Bishops of the United States of America, who raised $5 Million dollars for the effort.  These monies were then entrusted to Father John O’Grady, a life long socialist activist, who had been nurtured by the Americanists in the Catholic Church from the earliest years of his career.

Under his  name, in the first paragraph, you can find a link to his biography on Wikipedia. Here is another. And below is a page from the book, Pius XII, the Holocaust, and the Cold War, in the Chapter, “The Origin of the Vatican Rat Lines”, pp. 185-85, where you can read the story. 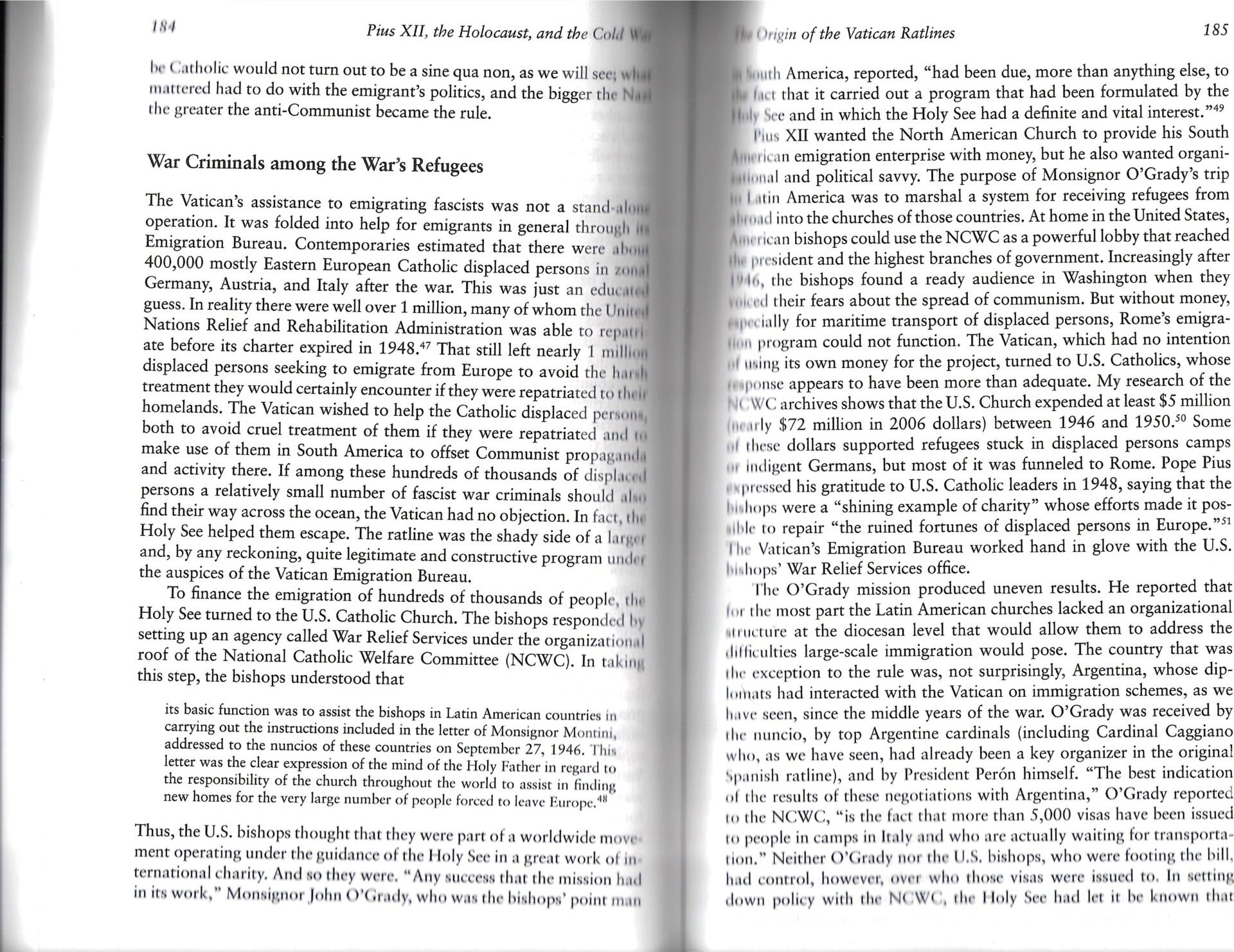