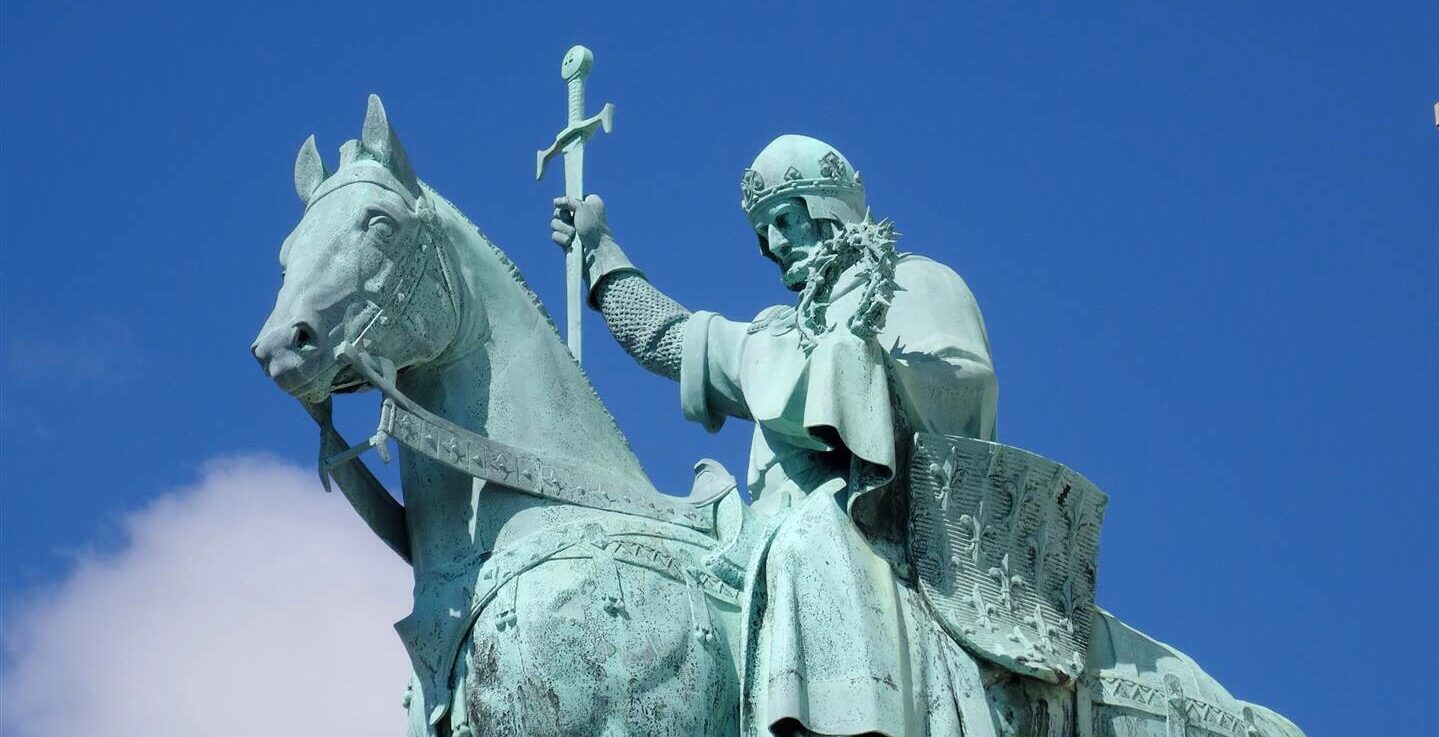 Dear Catholic men, remember that by your Baptism you have been clothed in Christ and now share with Him the duty and vocation to come to the rescue of this world! whether in the common role of a father, the supernatural roles of a priest, religious, hermit or a monk, or the extraordinary vocation of a Catholic Soldier.

Remember, that all our rights as Catholics, to practice our Faith in peace, come from God on the supernatural level, but exist and are recognized on the civil level only by means of the heroic feats and power of the Catholic Soldier.

For Catholic Society cannot exist without the Catholic Soldier and indeed is threatened in its very existence without him. He thus takes on a role which in its own proper manner, temporal and civil and military, is analogous to the role of Christ Jesus Our Redeemer, in his temporal and eternal, hierarchical and civil, peaceful and military vocation to conquer the Evil One and liberate us from the punishment of the eternal slavery of death into which he cast us.

The vocation of the Catholic Soldier is thus a holy one, a noble one, and a most necessary one. All Catholics need to honor them, support them, and help them come into existence, get the training and support they need, open the way for them and let them do their work, so that we might all live in peace and so that in those parts of the world where the order of justice has been so perverted that only military solutions can restore that order, do their work!

If these truths had been preached during the last 200 years, the world would not be in such a dire predicament as it is now. The only way out of a tyranny established by an elite who wants to genocide nearly everyone, and enslave everyone else is by military action: whether rebellion, insurrection, coup d’etat or arrest of all globalist actors.

If we pretend that it will come any other way we delude ourselves with a false concept of humanity. Even the grace of God, without the Catholic Solider, cannot achieve lasting security. Nay, rather, the grace of God shows fruit in a people truly obedient to the Divine Will, when there arises the Catholic soldier to defend the Faith and the Church, or liberate the faithful and the Church.  All who say otherwise are simply fools and useful idiots of the Globalists.

Pacifism is for cowards, and there is no paradise for the coward.

Militancy is for Catholic Saints, and in Heaven there are own crowned the courageous.