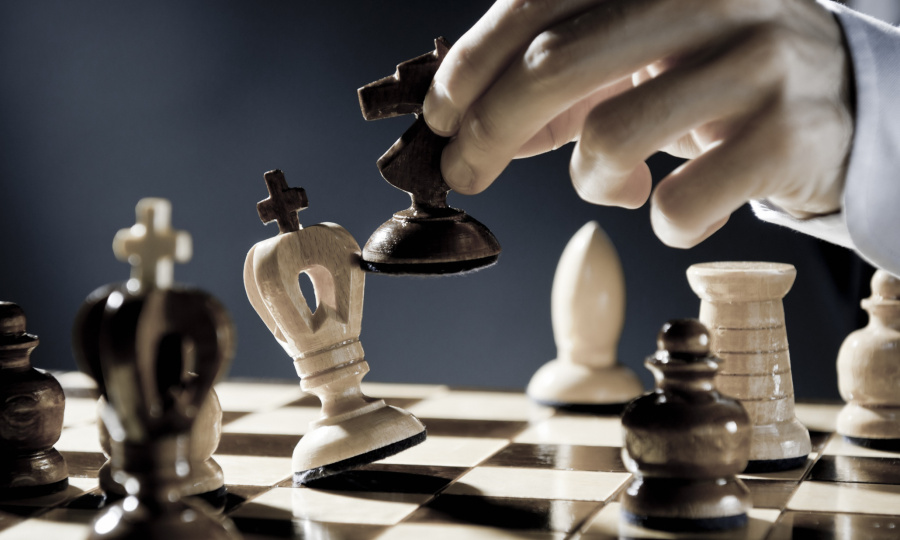 The grand strategy of the Skull and Bones Lodge is the Hegelian maneuver, where you divide you opponents by creating or supporting movements or persons who propose extreme solutions to perceived problems and which attack one another to create a dominant political narrative, which they, the Masons, exploit for their ends of ever increasing control and infiltration in a society or political system.

I have previously reported on the false opposition to the Great Reset in Italy, here.  Now there has come to my knowledge — thanks to my world-wide network of informants — of their impending moves on the chessboard of public opinion.

Here in Italy since 1945, the CIA and MI5 have worked relentlessly to influence and control Italian politics and society.  The CIA from that year onward struck a deal with the Vatican, in which the CIA gave 20 million US dollars annually on the condition that the Vatican would wash this money back into the Christian Democrat political party.

This party was founded by a heroic priest during the Risorgimento as a true opposition party which sought to defend Catholics during the Kingdom of Italy. While accommodating to the liberal democratic system which the Masons had imposed in the Risorgimento, they sought to defend Catholic principles as much as possible. As such they were banned and outlawed and could not participate in politics

However, after the Second World War, the CIA revived this party under their control to lure Catholics into supporting US geopolitical objectives, which publicly consisted in opposing the Communist Threat.  As a staunch anti-Community and Fascist collaborator, Pius XII accepted their offer to fund the Christian Democrats.  But the real goal was to destroy the remnants of Catholic civilization in Italy.

The CIA promptly in 1958 pressured every contact it had to promote Roncalli to the Papal throne in that conclave, and since then has kept that pressure up so that the Vatican would bit by bit undermine the entire Catholic faith world wide.

Only one Pope stood in the way of that project: Pope Benedict XVI. He did this by expelling from the priesthood the pedo infiltrators that the CIA and its allies in the Lodges has placed in the Catholic priesthood.  He also threatened existentially their system of bribery at the Vatican by ordering the first forensic audit of the Institute for Religious Works (IOR), popularly known as the Vatican Bank.

Thus Benedict XVI had to go, and Bergoglio was installed.

But now with the Scamdemic and Bergoglio’s outrageous anti-Catholic behavior, the project of the ultimate destruction of Italy and of the Catholic Church is threatened.  And to prevent this, the Masonic Lodges of London and New York City have been mobilizing for more than a year in Italy to create fake opposition movements.

Who is really backing Viganò

The group I had reported on back in March is at it again. And this time it involves a publicity campaign for the election of Archbishop Viganò as successor of Jorge Mario Bergoglio.

Here is the video to prove my assertions:

Now, many of my readers might say, “Anyone who is backing Viganò is my ally”.  But perhaps you might want to pause and know a few things about the woman speaking in this video.  She is a proud Fascist. She lauds the citizens of Benevento who rebelled against Bl. Pius IX and drove the Papal Governor from their city, even though the Papacy had protected Benevento for nearly a 1000 years from wars and sackings. She openly spoke of armed revolution to advance her values. And while condemning the ex Goldman Sachs VP, Mario Draghi, who is currently the Italian Prime Minister (his official title is President of the Council of Ministers), she received a phone call from the Italian agent of Steven Bannon, who is himself an ex VP of Goldman Sachs.

Now if a person like this wants Viganò as the successor of the antipope Bergoglio, maybe, just maybe, you should take notice.

On the very same day, from another part of the world, I was informed that there is a group in the United Kingdom, using a bank account at Barclay’s Bank, which is raising money to fund political opposition in Italy. The bank account belongs to the St. George’s Education Trust (Official UK Govt file on them) and the group raising the funds are operating under the name Vicit Leo.  The Vicit Leo group is the one seeking support for the protest which will take place in the Piazza del Popolo, tomorrow here at Rome.  What a UK charity has to do with Italian politics beats me, but their logo and name seem to refer to the restoration of the House of Judah in western Europe. I however think this is not said in reference to Christendom, but to the Rothschild family. The Trust was founded by a trustee who was a close collaborator with Archbishop Marcel Lefebvre: see here. It is headquartered in Andover, England, where the principal employer is the UK Ministry of Defense.  All this does not surprise me at all, as I have previously reported on several occasions the evidence which seems to tie the SSPX to the CIA/MI5 Gladio network in Europe: see here.

What was revealing in the publicity received from the UK organization is that they claimed the protest tomorrow began with a protest at Rome, on Good Friday, in 2020.  But that protest was orchestrated by Casa Pound, a neo-Nazi organization which seeks to create a perfect National Socialist Dictatorship in Italy.  They are considered to be a CIA front organization here at Rome, and are allowed to violate so many laws, with impunity, that it is clear that they are orchestrated with approve of the Italian Secret Services.

The same flyer asking for money for a UK bank account, also praises a legal action in Italy begun by Forza Nuova, another CIA front organization, and undoubtedly a member of the CIA gladio network in Italy.

So the Masonic lodges have been busy and are busy in building up an opposition in Italy, one which, if their principal instruments of pushing the Great Reset (Jorge Mario Bergoglio and Mario Draghi) fail them, they will be ready to replace them with Archbishop Viganò and a CIA controlled political opposition.

And if my analysis is correct, I think we can conclude with a high probability that Viganò has already made some sort of agreement with the CIA and the Skull and Bones Lodge.