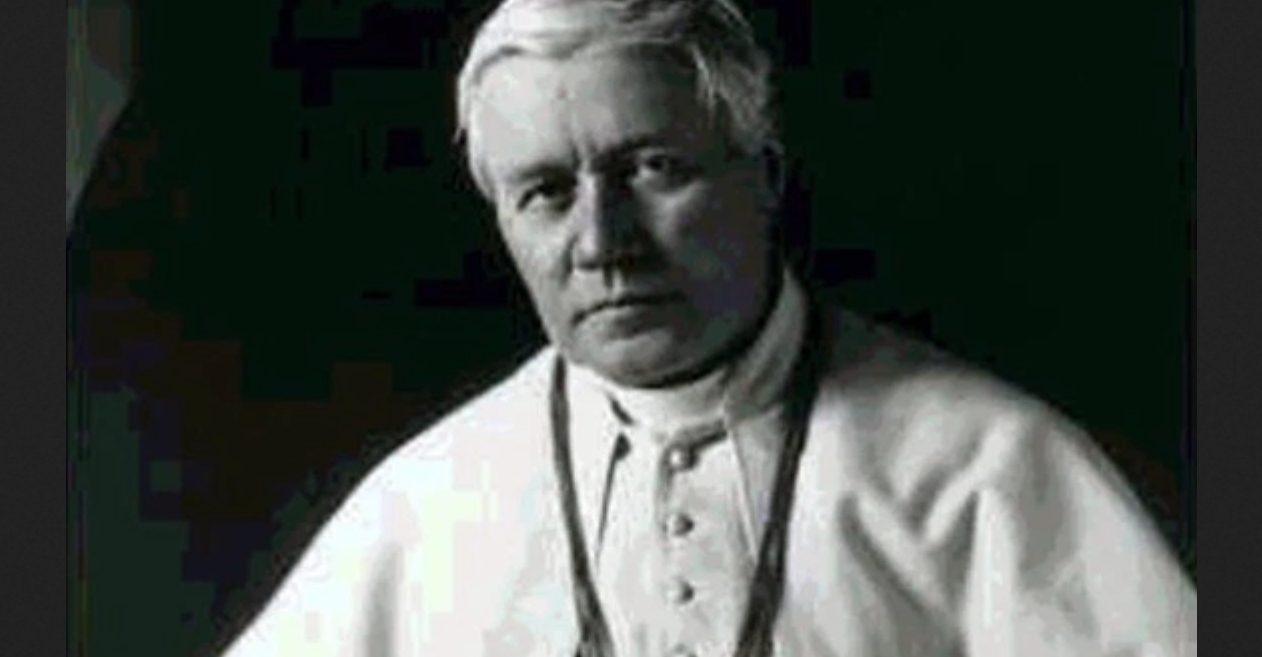 In 1909, during his audience with the Franciscans, Pope St. Pius X fell into an ecstasy.

When he came out of it, he was asked, “What I have seen is terrible! Is it I or one of my successors. I do not know. I saw a pope flee from the Vatican, walking upon the cadavers of his priests.”

Of a second vision, sometime before his death on August 20, 1914, the Saintly Pope said again, now with more precision: “I saw one of my successors, with my same name, who fled, walking upon the cadavers of his brothers. He will take refuge in a hidden place. But after a short rest, he will die a cruel death.”

The source of this testimony is repeated by several Italian authors, such as Antonio Socci, as something which was considered credible by even those who work in the Vatican, but I can find no certain person or source for it.

As for what these words of the Saintly pope mean. First, let me explain that the term, “brothers” in the mouth of the Pope in those times refers to his brother Cardinals. Second, the Italian, which I have translated as “with my same name”, means one who has the same name. This could be Pius or his baptismal name, Joseph.

Well since Pope Pius X there have been 2 popes named Pius: Pius XI and Pius XII, but neither of them had to flee the Vatican, nor did either die a cruel death — a phrase which I translated literally from the Italian, and which means a death in which there is a shedding of blood.

So if this vision pertains to him, then it not only foretells a horrible end for him, but signifies that in the mystical visions of Pope Saint Pius X, God had revealed that Pope Benedict XVI will be the true successor of Saint Peter unto the very day of his death. And that means Bergoglio was never the pope.