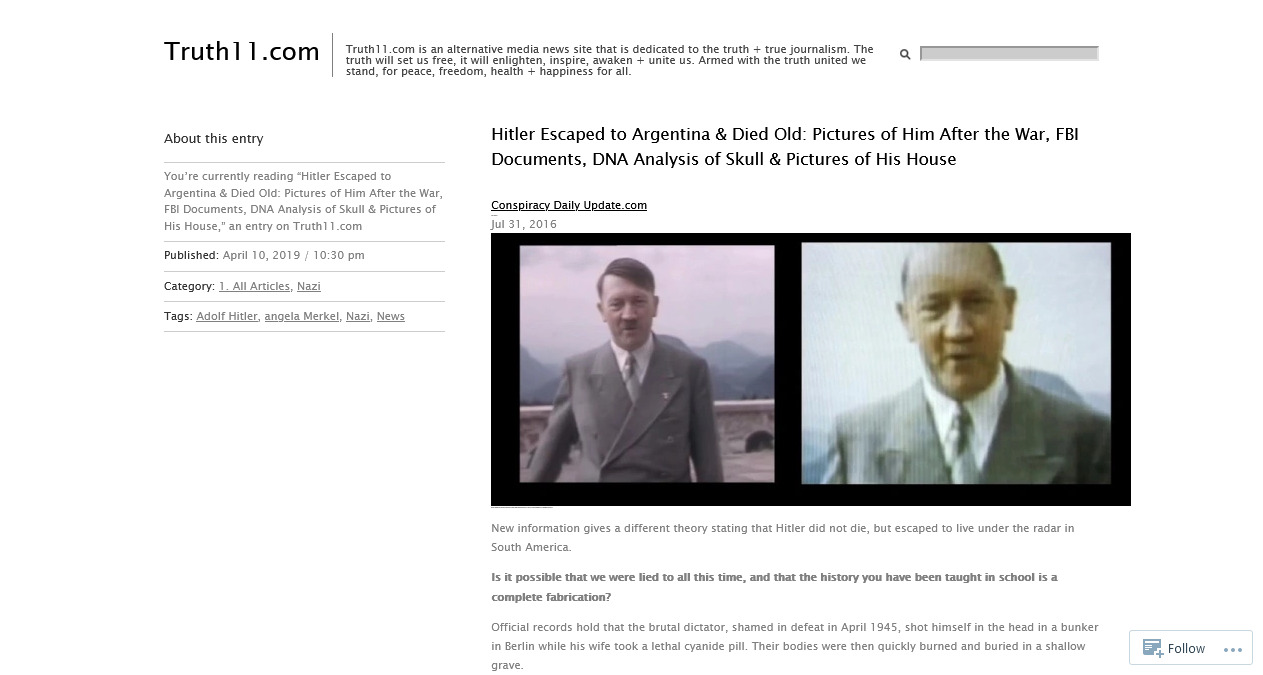 7 thoughts on “Hitler did not die in the Bunker in Berlin, the Allies allowed him to retire in Argentina”