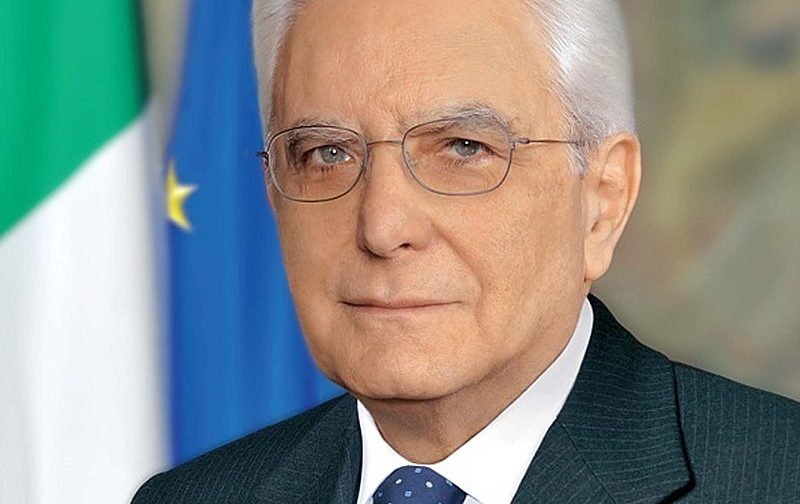 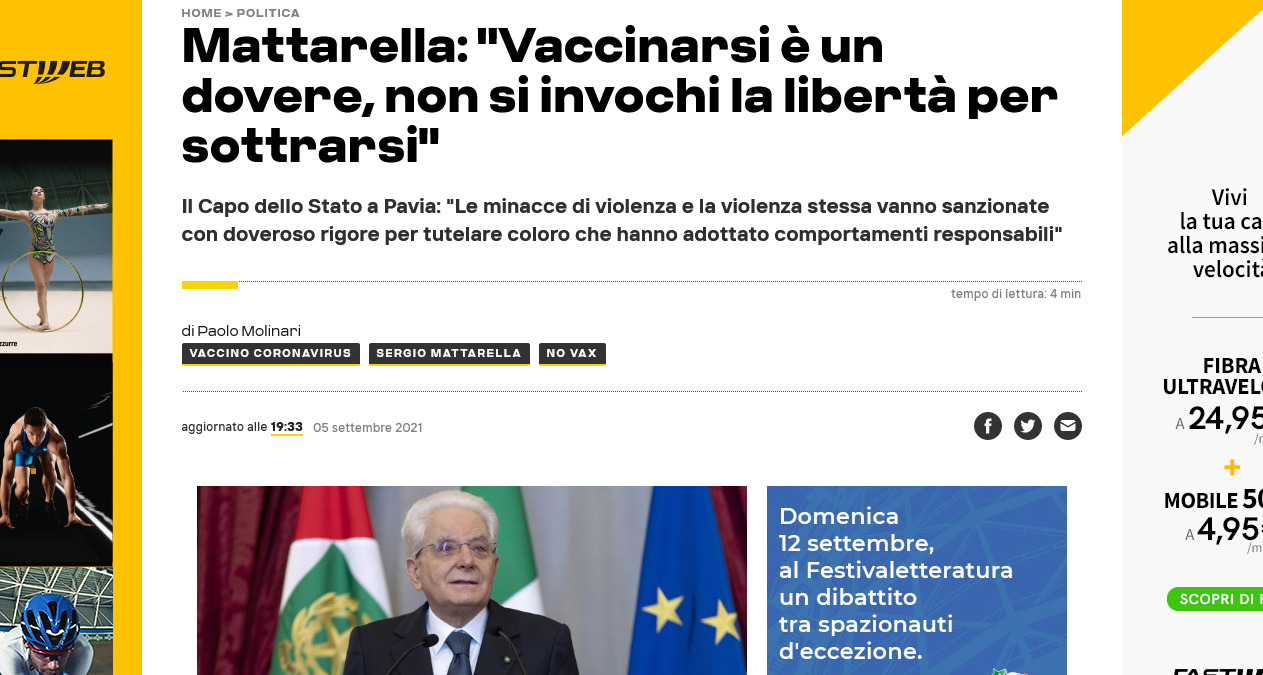 The Orwellian Level of the Plandemic in Italy just surged to a whole new level, when on September 5, last, the President of Italy, Sergio Matarella, who is charged with defending the Constitutional Order, insisted that no one has the right to decline to be DeathVaxxed.

The psychopathic comment was made during his official discourse for the opening of the Academic year at the University of Pavia, a state institution. Sergio Matarella is a Sicilian, the son of an infamous Mafia boss. During the Plandemic he has walked lock-step in sync withe Globalist plan to destroy the Italian economy and now appears to have fully embraced their project for the genocide of the Italian People.

Here are the words of the President, during his discourse, entitled, “On the Moral and Civil duty to get vaccinated”, given on that occasion of the 660th anniversary of the University (source here):

Here is my English translation:

“The expressions of violence and the threats which are breaking out in this period against doctors, scientists and journalists are alarming phenomena which are to be opposed with firmness and sanctions, with dutiful rigor, to safeguard them, and they are the overwhelming majority, which has adopted responsible conduct.

He who choses to not get vaccinated in the name of his own liberty limits the liberty of others to return to having a normal life.  If the economy is starting up again and if the Schools will start up again with in person classes, it is only thanks to the instrument which with great speed the scientific community has given us to defeat the virus.”

The words of the President have gravely impugned the Constitutional right of every Italian resident, which in Article 32 reads thus:

Which in English reads:

The Republic safeguards health as a fundamental right of the individual and of common interest, and guarantees free care to the needy.

No one can be obliged to a determinate sanitary treatment if not through the disposition of law. The law cannot in any case violate the limits imposed by respect for the human person.

Matarella has made a grave political error, however, if it is his intention to see everyone vaccinated. Because since against the threat of death, there is no greater threat in the natural order, and since no law has force without threat of penalty, by threatening all with death via the DeathVaxx he has in fact undermined the threat of every other law. And since a law which cannot be enforced, because its threat is de facto annulled, is no longer a law which must be observed — as the Angelic Doctor St. Thomas Aquinas observes in his Tract on Law– by these comments, the President of Italy has effectively removed the obligation from every citizen to observe any and all laws of the Italian Republic.

By this means the Republic has been dissolved. Nor is there any question of a Constitution, since for 18 months no one in the State has made anything more than a pretense of its observance.

Today’s news confirms once again the report by FromRome.Info in May, despite all the trolls to the contrary: that it is the intention of this government to DeathVaxx everyone.

The repercussions for Materella have just begun. Two Italian jurists have filed today a Criminal complaint against the President for “incitement to hatred” against others on account of their personal beliefs regarding the utility of the Vaxx. To read the news about this in Italian, click the image below: 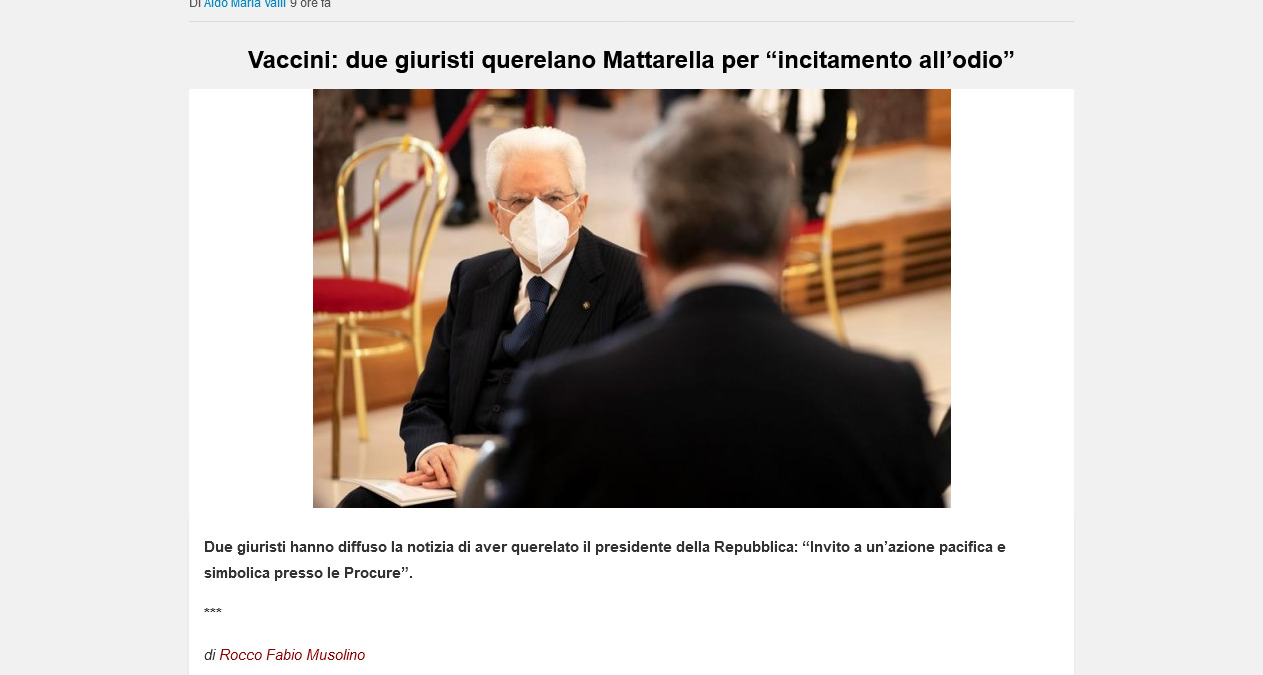 3 thoughts on “Italian President: “To get vaccinated is a duty, don’t invoke Liberty to avoid it!””