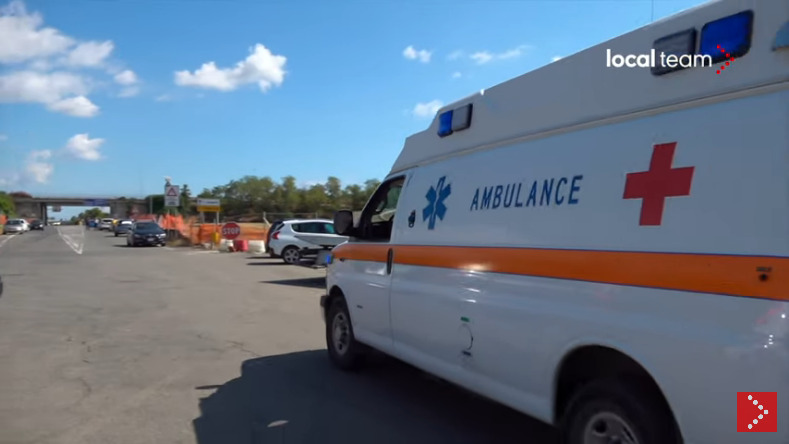 Sept 13, 2021 A. D.  — Two American Soldiers were killed in a tragic auto accident around 5 A. M. Sunday morning, at Catania, in Sicily. (11 PM Saturday night, New York City Time). Both women were stationed at the U.S. Base at Signonella.  They had been driving an Alfa Romeo 4 door sedan on narrow streets when the car hit a reinforced concrete railway crossing gate, flipping it over on Via Passo del Fico (Fig Tree Pass Street). Both were thrown from the vehicle upon impact and taken to the hospital, where they were pronounced dead. The soliders have been identified only by their ages, 30 and 18.

From the video above it can be seen that the car was totally demolished upon impact, and that the women may have been ejected through the wind shield. Though thte wearing of seat-belts is mandatory for everyone on Italian roads, at all times, it does not appear that that would have prevented grave injury, considering the velocity of the impact.

In the United States it is common that drivers, for want of prudence, attempt to race over railway crossings to avoid delays from on’comming trains. Catania is a major rail hub for passenger trains in Sicily.

The driver has been identified as Raquel Johnson, 18 years of age, and the passenger, Darika Slaughter. Both are believed to have died after being jettisoned from their Alfa Romeo 147 at high speed. Numerous rescue workers who arrived immediately on the scene desperately tried to save them both, to no avail.

The commanding officer of the U. S. Naval Station at Sigonella (just west of Catania), Capt. Kevin Pickard, expressed his deepest condolences and regret, and issued this statement: “Our community is profoundly saddened by the tragic lost of these two sisters in arms.  Their friends, colleagues and the leadership of the entire Base will miss them greatly.  To confront this tragedy, we are supplying all the support necessary to their families, as wells as to their friends and colleague.