Or how, if you accept the Anti-Pope and reject Canon law and the true Pope, you will pay for it in this world as well as in eternity.

Note this story proves that whatever is being diagnosed as Covid-19, it is not prevented by whatever kind of Vaxx was given to the elites of this world 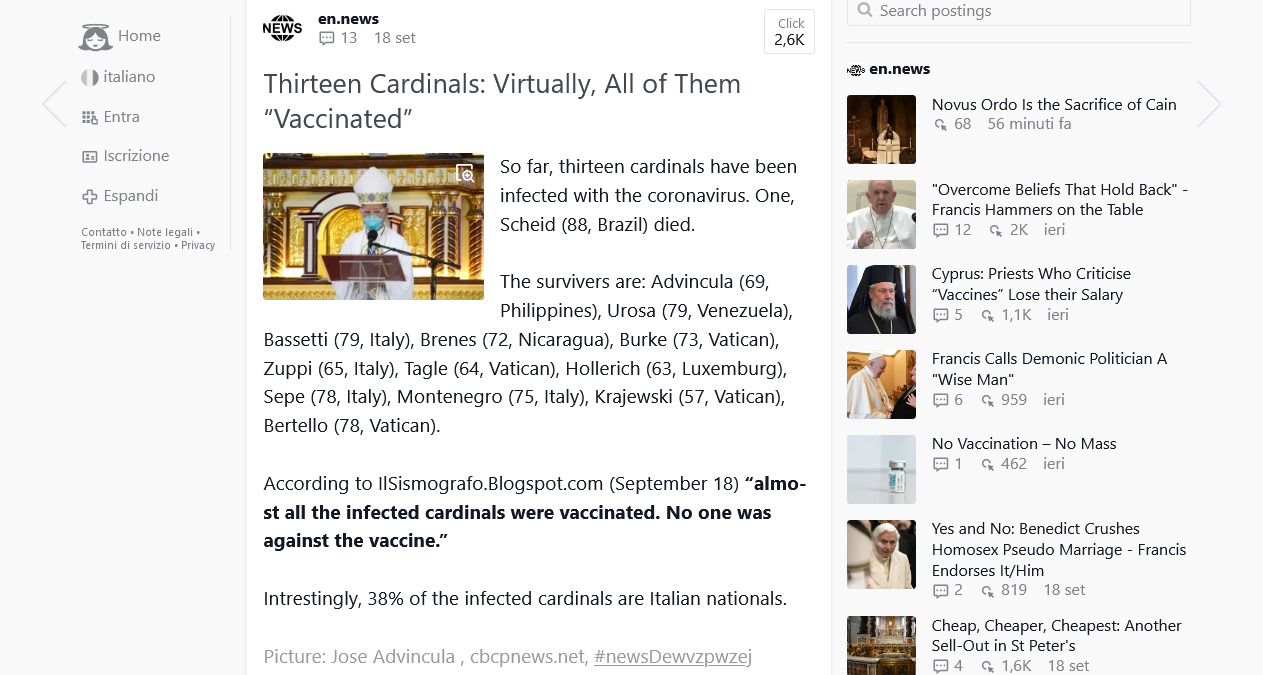 6 thoughts on “Nearly all of the 13 Cardinals who got “the Virus”, had taken the DeathVaxx”