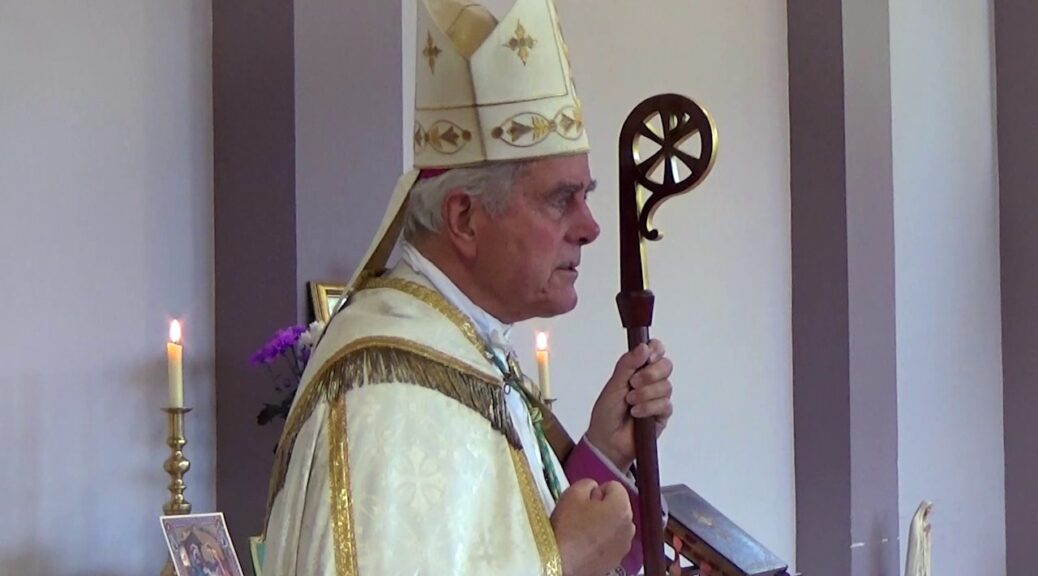 Are Covid “vaccines” really such a threat?
Alas, they may be much more deadly yet!

An American friar, by name Brother Alexis Bugnolo, paints a dramatic picture of our near future in a video-clip which many readers may already have seen, but which all can profit to know, not because everything will necessarily happen exactly as he foresees, but because something like it must happen, given the forces in play already around us. In the last century the sins of mankind were enough to “let loose the dogs of war” in two major World Wars. Since 1945 the dogs of war have done a lot of barking, but they have done no biting to compare with 1914–1918 or 1939–1945. Yet from the revolutionary 1960s onwards mankind as a whole has surely sinned far more gravely than ever before by the way in which it has turned its back on God. So how much heavier than ever before must be the punishment by war? Brother Bugnolo gives us a glimpse in this adapted summary of his video-clip –

The makers of the various Covid “vaccines” know science and they are not stupid, so they knew perfectly well that their “vaccines” could kill. In fact – let us face reality – they were designed to kill, if not immediately, then at least within a few years, so that mankind still alive would be much easier to enslave and control. And by now somewhere around 40% of the world’s population have received at least one dose of an anti- Covid “vaccine.” A genuine expert (and not one fabricated by the media), the French virologist and Nobel Prize winner Luc Montagnier has called mass vaccination against the coronavirus “unthinkable,” and a historical blunder that is “creating the variants” and leading to deaths from the disease. He states that variants of viruses can occur naturally, but now it is artificial vaccination that is driving the process –The new variants are a production, and they result from the ‘vaccination.’ You see it in each country, it’s the same: and in every country deaths follow the ‘vaccination.’

In the next two years we risk seeing large numbers of deaths among the vaccinated, so that we had better start now preparing ourselves spiritually for this. Some people are going to be shocked by the scale of death – they are going to lose their minds. Others, now believers, are also going to lose their faith. They will ask,“Where is God?” and, “Why does God not prevent this?” However, when a man throws himself off a cliff, is God obliged to suspend the laws of gravity to prevent him from dying? The man chose freely to kill himself. God will not normally interfere with a man’s use of the free-will that God gives him. In fact by allowing the Covid-nonsense, God is catering to the suicidal death-wish intrinsic to a post-Christendom rejecting Christ. Yet anyone with a brain has had enough time to examine the scamdemic and see that it was false. As Christians we are obliged to test everything to see if it is true or not, and to hold fast only to what is good (I Thess. V, 21). If we ignore this, and run off to get the injection just so we can go travelling, then we are idiots and cowards – we are not living according to the truth.

Thus, the false peace in which we are living now is like the Summer of 1914, before the outbreak of the First World War. No one then had any idea that in the next three or four years around 16 million people would be killed. That was a summer in which people still enjoyed travelling around Europe in peace. In fact, if almost all the Covid controls are disappearing for now, at least in the northern hemisphere, it is as if we have been given this Summer to deceive us. They want us to think that nothing is wrong. They know that deaths will soon start to occur as a result of the injections. And as for those of us who have not been injected, there will still be serious disruption of the economy and of national and local security. There will not be enough ambulances or undertakers to take away the dead – many of them will have had the injection, so may be dead themselves. As Christians we will have to step forward and fill the gap. So, everyone should buy a hazmat (hazardous materials) suit – it is highly likely that you will be asked to help carry the dead to the grave.

EDITOR’S NOTE: Bishop Williamson is a Catholic Bishop recognized by His Holiness Pope Benedict XVI. He lives in Southern England and publishes regularly commentaries known as “Eleison Comments”. You can subscribe to receive them through the St. Marcel Initiative, here.

11 thoughts on “Bishop Williamson: “Br. Alexis Bugnolo paints a dramatic picture of our near future …””