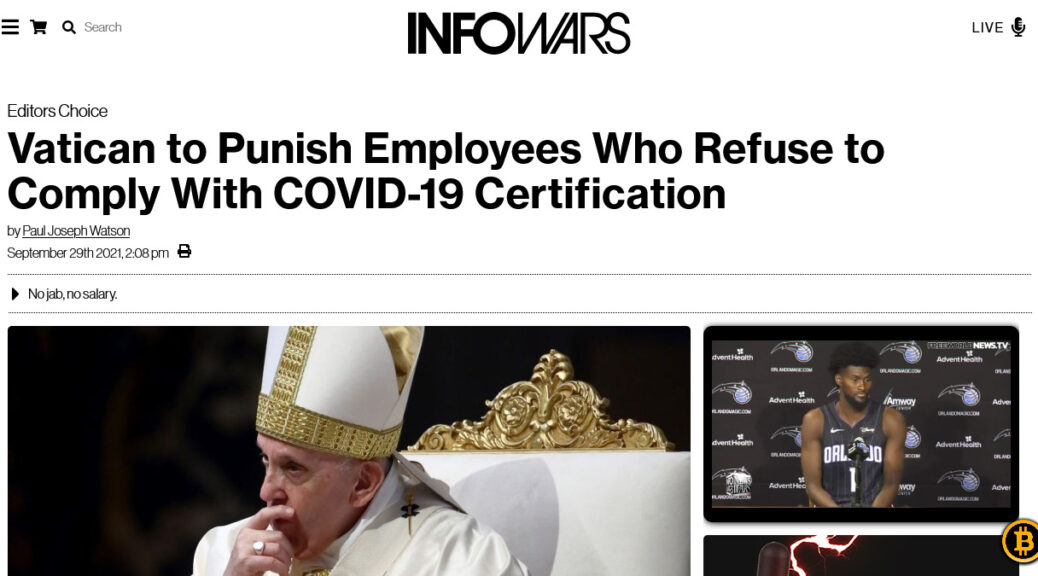 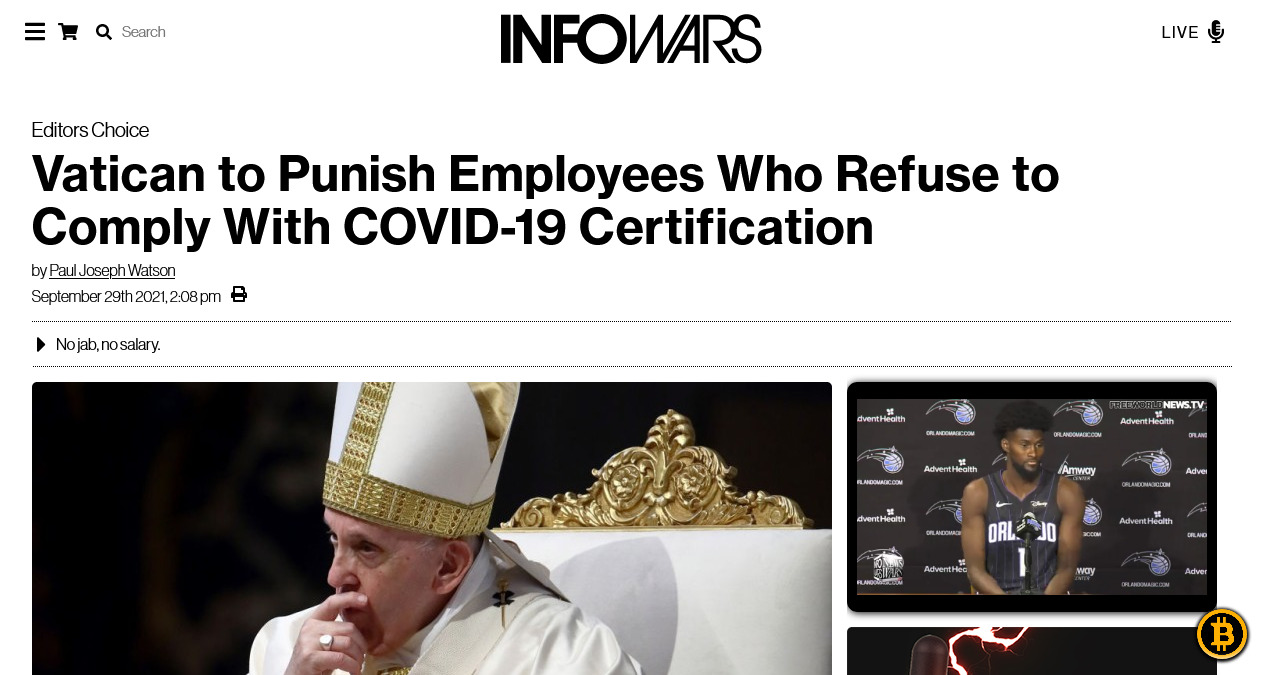 Ever since 1953, the U.S. Government has been engaged in doctrinal warfare against the Catholic Church, with the goal of making the Catholic Faith look primitive, cruel, the source of perversion and immorality, while making America appear to be enlightened, civilize, human, and humane.

As an agent of Globalism, Bergoglio was installed in the Vatican, after the 2013 putsch which cast aside Pope Benedict XVI. Though he collaborated closely with the CIA supported Fascist government in Argentina, even to the point of denouncing his own fellow Jesuits — who were tortured months on end as a result — he how plays the Marxist Sanitary Tyrant at the Vatican to increase as much as possible the hatred and disdain of the Catholic Faith everywhere, but especially among the rank and file.

The latest antic of demanding everyone DeathVaxxed at the Vatican and allowing no one inside the City State without the DeathVaxx passport is an eminent example of this program of doctrinal warfare. The Vatican must, as requested by the CIA be purged of everyone who has a Catholic conscience, so that the forces of the Antichrist can gain control of this tiny jurisdiction to convert its use from that of advancing the cause of the King of Kings, Jesus Christ, to that of the ape of apes, the Antichrist.

The truth alone can save the Catholic Church, and in particular the truth that Benedict XVI never renounced the papacy, but only resigned the ministry is the saving truth here. All Catholic talking heads who refuse that must be presumed to be part of the doctrinal warfare program of the U.S. Government against the Kingdom of Jesus Christ on earth.

5 thoughts on “No Mercy, only Globalism at the Vatican”