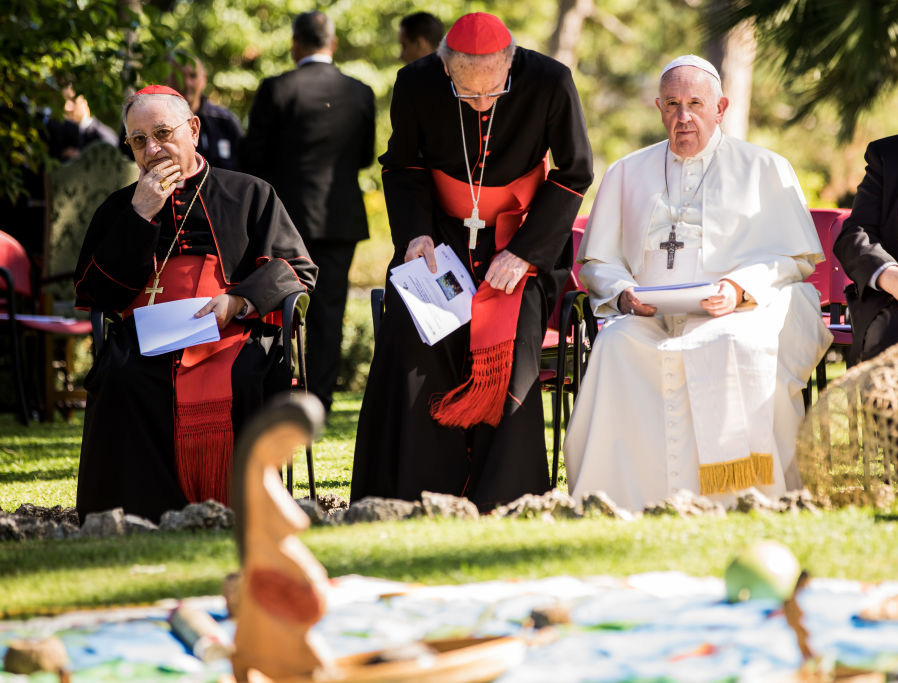 As I am wont to say, the Plandemic is a religious war against humanity, of Satanists against God’s masterpiece, which is the human race. And this was evidenced last night, here in Italy, with a simultaneous shut down of FaceBook, Whatsapp and Moblile Cellphone carriers.

For the space of 2-4 hours, it was impossible to reach the internet through Vodaphone and Wind, Illiad or TIM, the major carriers in Italy.

And all of this occurred on the 2nd Anniversary of the Satanic desecration of the High Altar of St. Peter’s, when the idol of Pachamama was carried in procession to it, and dirt, consecrated to the demon goddess dragon, was placed in a container on the High Altar. Since that time there were no celebrations on the High Altar for months.

Then private masses were forbidden inside the Basilica, in the Spring.

Then in July, the offering of the Holy Sacrifice of the Mass in Latin was forbidden inside the Basilica of St. Peter’s.

Only on Saturday, October 2, 2021 was notice given of a private ritual — invitation only — to be enacted on the High Altar, with doors closed.

Yesterday, evening, Rome time, on the Second Anniversary of the Sacrilege, cellphones data and Facebook and Whatsapp went offline. You could still make a phone but apps did not work. Navigational apps were also interfered with, which resulted in many being misdirected to the wrong roads or directions.

All this is not a coincidence. The data produces by apps regarding user usage during this blackout has been gathered, and it is being studied to as to make the coming permanent black out possible and more effective.

This may be a sign that the Globalists are losing. Once they shut down the net, we will all be forced to talk to our neighbors and form cells of resistance outside of all surveillance. You should have already been doing that. Yesterday was a shot across the bow. Wake up!

The black out is necessary so that they can strike against known dissidents, round them up and send them to concentration camps, or simply declared them Covid-19 positive and give then a WHO DeathProtocol.

Only those with a net work of friends nearby with non electronic methods of communication, and guns or systems of advanced warning, will be saved, in this next Distopic phase of the Sanitary Dictatorship.