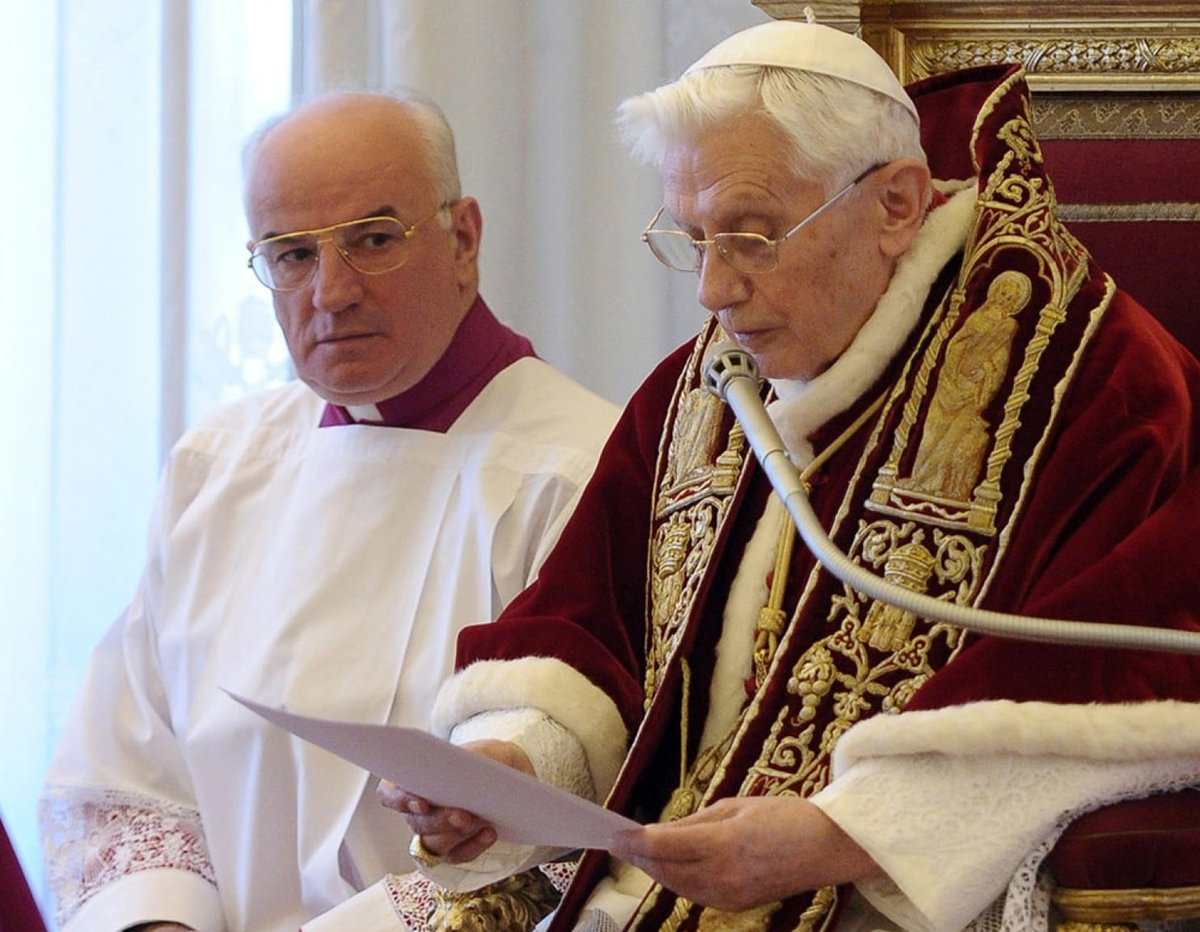 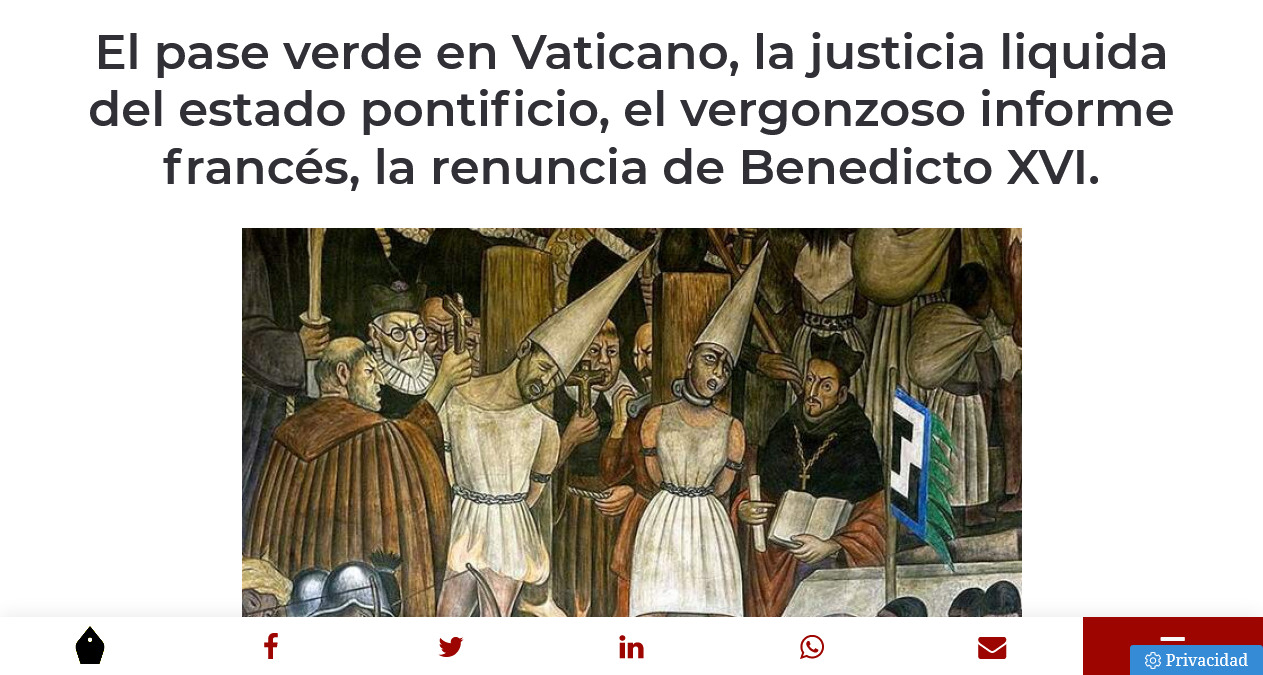 Report and Commentary by Br.Alexis Bugnolo

Rarely, now, after 8 years, do new facts about what Pope Benedict XVI did on Feb. 11, 2013 come to light. But recently InfoVaticana, a Spanish language publication which has made a reputation for itself for exposing the scandals of the Bergoglian anti-papacy, has given the world a slew of them.

The key passages are found at the end of the article. Here is the Google translation:

“We end with the resignation of Benedict XVI, which continues, and will continue, to be news. An attempt is made to reconstruct the prehistory of his decision since a year before, on April 30, 2012, he spoke about it for the first time with Cardinal Tarcisio Bertone, his secretary of state. Then he revealed it “to three other people very close to him: his confessor, a Polish priest from the Apostolic Penitentiary; his older brother, Monsignor Georg Ratzinger; and his private secretary, Monsignor Georg Gänswein ».

“On February 4, 2013, a few days before the “bomb”, Ratzinger reported it to the Quirinal. On the night of February 10, Becciu telephoned Greg Burke “to ask him to arrive a little earlier than usual at the office the next morning”, to prevent the news from reaching the newspapers before Pope Benedict’s formal announcement XVI. On the eve of the consistory, Guido Marini, in a completely unusual way, telephoned the home of each pontifical master of ceremonies to assure their presence. On February 10, the text of the resignation is definitively revised, which still raises so many controversies and “interpretations” today. The Pope’s autograph is dated February 7 in a first text and, after a small spelling correction in the Latin text. Considering also the need for a precise translation into Italian and other languages, the final text is dated February 10th.”

The level of detail here requires the question regarding the source of this information. This sort of thing is not done by the Vatican through official channels. It seems that, if it is true, it must come from sources close to His Holiness, if not Archbishop Ganswein himself. I expect a rush among Vaticanista to confirm them.

The first thing that catches my eye, is that the first draft of the Declaratio is dated on February 7th, 2013.  This makes little sense. First, because Benedict XVI never stated that he wanted to renounce on the Feast of St. Romuald, Abbot. I presume this date is only a protocol detail for the draft, not the date for the actual document’s promulgation.

Then the date of Feb. 10th as the last draft, final version. This gives me the impression that from Feb. 7 to 10th, the Latin text was looked over by the Secretary of State, as we now know from sources dug up by Andrea Cionci of the newspaper, Libero.  This would explain why a rush job by the correctors missed more than 40 errors in the Latin, even though I found them all in the space of 4-6 hours.

Importantly, we now know the identities of those who counseled him, badly or well, as opinions vary: his confessor, who is a polish priest who was serving in the Apostolic Penitentiary; his own brother, whom we can presume gave no professional advice; and Ganswein, who holds a doctorate in Canon Law, but does not show himself in important moments to have ever read the Code in Latin. Upon these men will now fall the full weight of attentive criticism  for the invalid or mysterious act.

Finally, that Pope Benedict XVI first discussed the renunciation in April of the year before, will arouse new speculations that he did so because of the VaticanLeaks controversy. This supports Cionci’s inference that the renunciation is the declaration of a sede impedita (an impeded see), wherein the Holy Father cannot even correspond with other members of the Sacred Hierarchy with the discretion required to govern the Church.

UPDATE:  According to our sources, the above information related by InfoVaticana has been taken from a book by Anontio Grana, a Vaticanista who works for Il Fatto Quotidiano, an Italian daily.