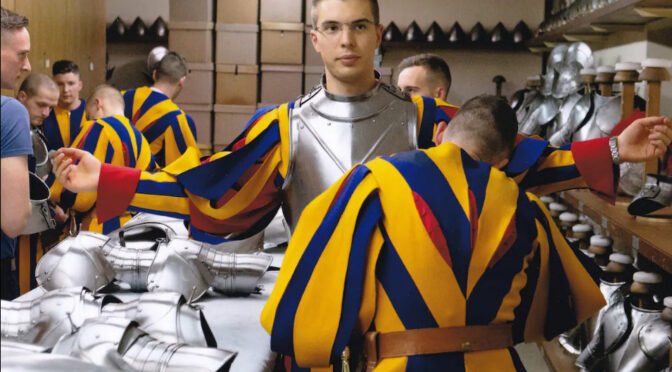 What is certain in all of this is that what we are experiencing is no longer human or Christian, and it is overwhelming to see the holy Vatican City having reached this point! May Saint Michael deign to protect and defend the Holy City! — a Swiss Guard man 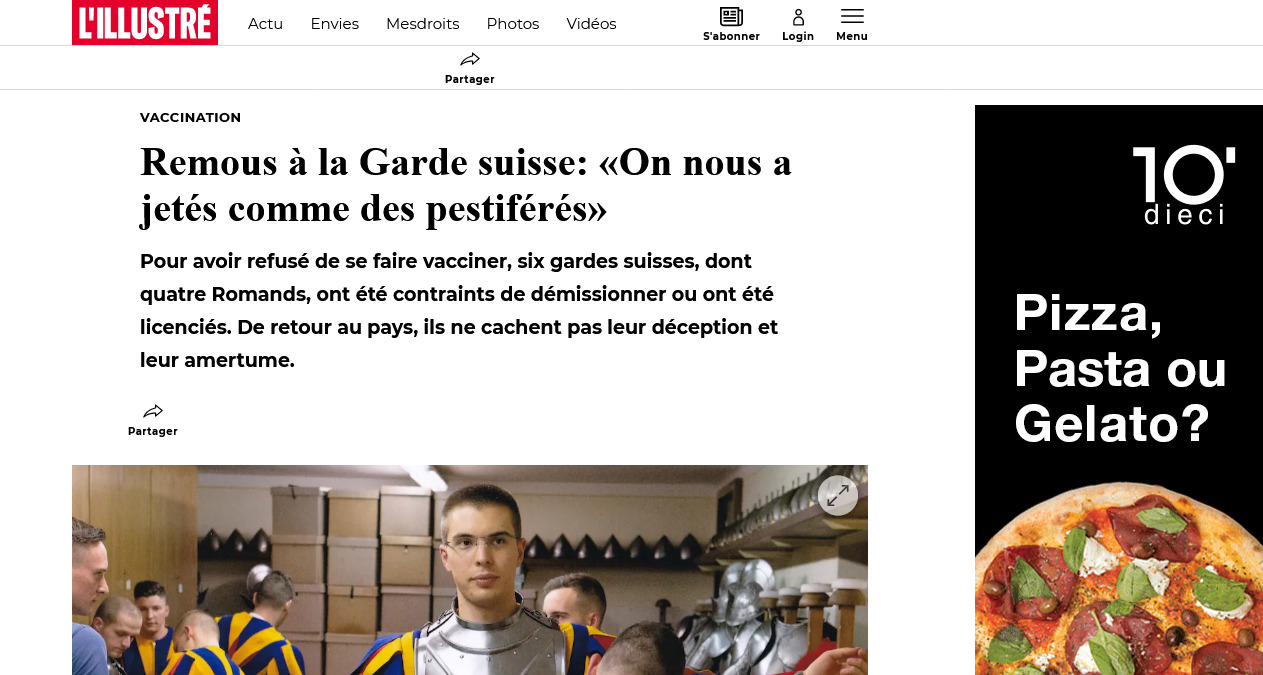 Click the image above to read the original interview in French

The revelations are explosive: Read here in English translation: https://www-illustre-ch.translate.goog/magazine/remous-a-la-garde-suisse-on-nous-a-jetes-comme-des-pestiferes?_x_tr_sl=auto&_x_tr_tl=en&_x_tr_hl=it&_x_tr_pto=nui

Here is the opening of the Article:

“I never thought that the Catholic Church and its head in person could act in this way. We were fired without the slightest consideration by an institution that advocates solidarity between men and respect for minorities. I am very disappointed, in shock and, frankly, angry with what is happening to us. ” On the phone, Samuele Menghini, raised to the rank of vice-corporal a year ago, does not hide his bitterness. Like his five comrades in misfortune, the Grison did not want to comply with the obligation to be vaccinated decreed in mid-September by the Vatican. A posture that cost him his job.

For the Freiburg halberdier David Boschung, the pain caused by this brutal end of service is just as sharp. “We left our family, our friends, our country, our job to learn a new one. We invested ourselves without restraint and with faith in this mission to, in the end, be thrown away like plague victims. It is very hard to live with and to accept ”, confides the soon to be in his thirties, deprived, like the other participants, of the personal audience granted to them by the Holy Father to thank them for their commitment. “This is the moment we all look forward to on our first day of service. A moment of grace that accompanies us for the rest of our existence. We had it taken away,” laments the Gruérien, forced to resign two months from the end of his Roman lease.