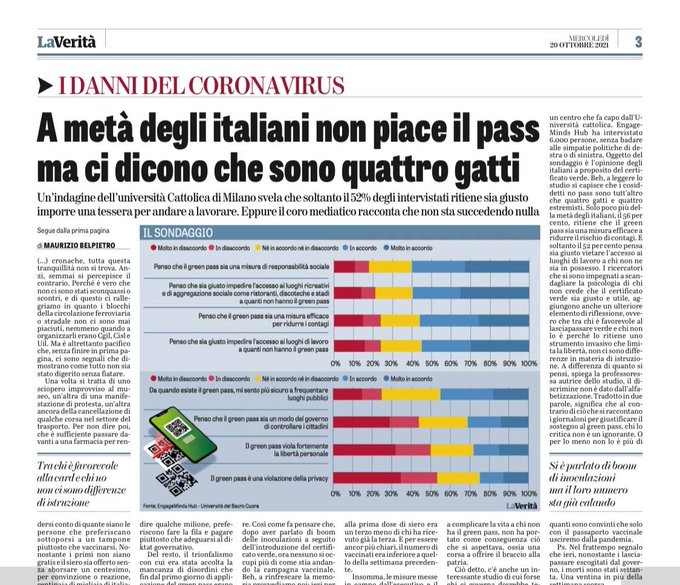 In an image of page three of the Italian daily, La Verità, taken from yesterdays edition, and which is now being shared on Twitter, one can see that the poll done by the Unversity of the Sacred Heart, Milan, shows a drastic change in the public view of the so called, “GreenPass”.

Upon its launch, when it was not obligatory, and there was not much disagreement:

However, now that the GreenPass is obligatory to work everywhere, the responses are much more negative:

The GoldmanSachs bought and paid for Sanitary Dictatorship of Mario Draghi supported by all the Left and Center Parties and much of the Right, and all the TV channels, would have Italians believe that those opposed to the DeathVaxx Passport are a small minority, when it is clear that they are nearly 50% of the population.  This bodes ill for Draghi and means that more repressive measures will guarantee that he will be out of power before Christmas.