During this live broadcast, we can see for the first time, what Bergoglio has done to the Basilica of St. Peter’s. He has removed all the pews and has turned it into a Museum without the Holy Sacrifice of the Mass!  There is no place left to pray or kneel, that is, a place set aside where the faithful can gather in prayer rather than kneeling in the open floor. On Sundays there is Mass normally in the Basilica and so the floor is covered with chairs. This video made on Sunday morning shows a sight unseen. And as a matter of fact, Bergoglio has not celebrated the Mass in the Basilica since he adored the idol of the demon Pachamama there during Mass on Oct. 4, 2019.  He is truely devoted to his demon, and seems not to want to exorcise it with the Holy Sacrifice of the Mass. That is probably why he suspended private masses on the side altars too, this spring.

But as regards the Free Cuba protest, the organizer of the protest for the liberation of Cuba from the Castro regime was stopped by Italian police as he passed through customs in the Airport on his way out of the country. Here is that story: 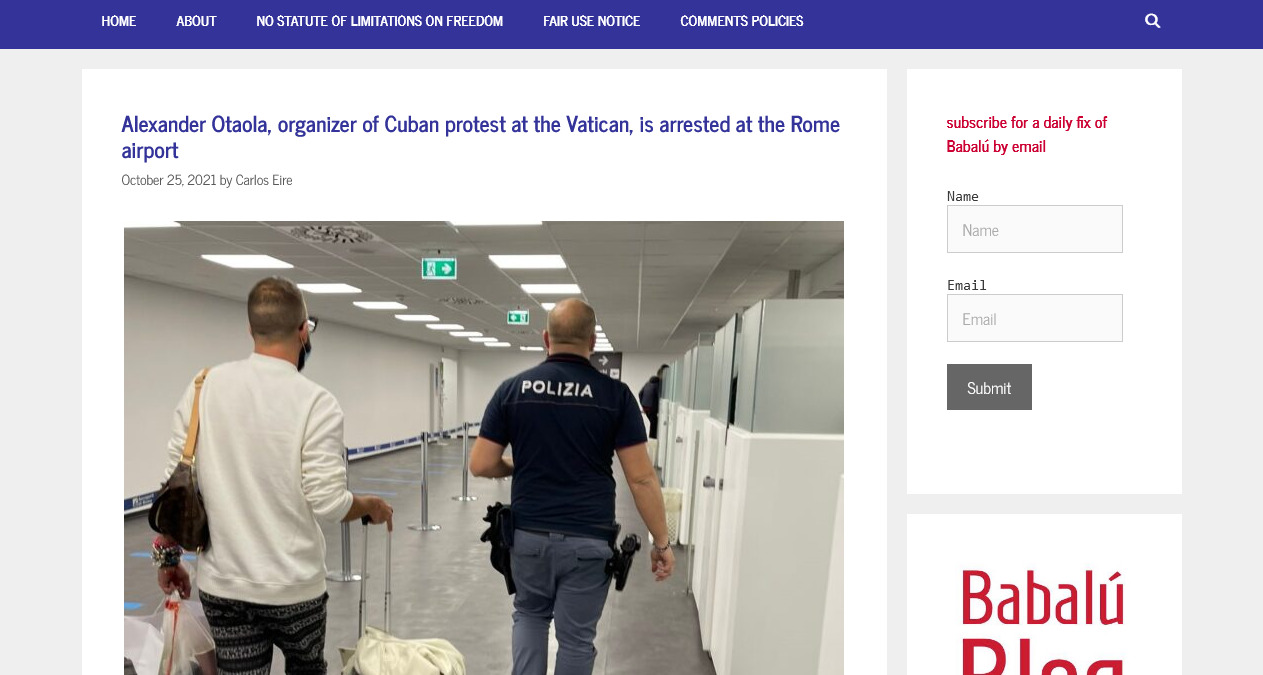 However, what we U.S. Citizens call “arrest”, the Italians call being “stopped”. This procedure in Italy is to identify the person to the State Police and seek to gather some evidence without a warrant which can be used to charge the individual for any reason or motive. It’s standard procedural harassment, according to what we call harassment in the USA. In Italy, since the Risorgimento, the government is nothing more than an institution of harassment, control, oppression, repression and above all taxation, as it has always served its masters in London, Paris and Washington. Even under Mussolini it served these Lodges via serving their chief agent in Europe, Hitler.