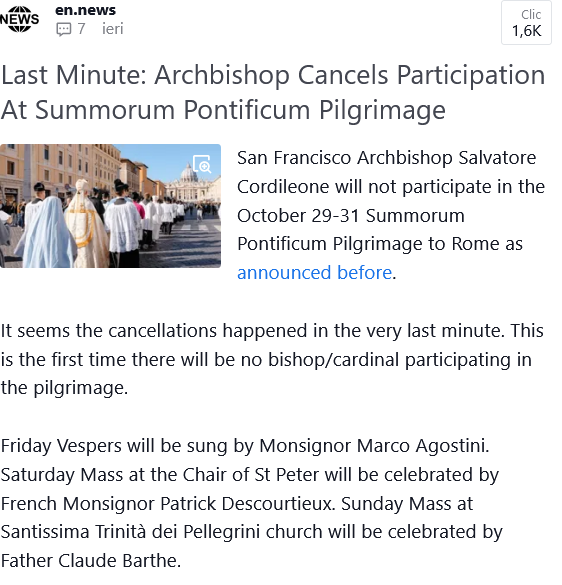 True Catholics know that it is a sacrilege to celebrate the Holy Sacrifice of the Mass in a place where idols of demons have been worshipped. A Church in which this was done must first be solemnly exorcised and reconsecrated.

True Catholics also know that wearing the mask in Church is a blasphemy against the living God, who gave us a immune system to guard us well against any virus which is survivable by 99.9% of the population.

But “Traditionalists” will violate these two truths by marching into Saint Peter’s Basilica, desecrated on Oct. 4, 2019 by the adoration of the demon idol of Pachamama, with masks, to comply with the Anti-Pope’s government.

Then, they will offer the Holy Sacrifice of the Mass blaspheming God to His face by offering it in union with the man who closed all the Churches in the world in the Catholic Church and forbade the faithful to celebrate the Resurrection of His Son on Easter, in 2020, the first time such a crime ever was committed in the 2000 year history of Christianity.

I know that none of this comes from the Traditional Catholic Faith. But I do recognize that it comes from the traditional Satanic dissent against the truth, when Lucifer said, “I will not obey”.

I pray that Archbishop Cordelone cut out for the right reason, and not simply because the satanist in the Vatican despises Latin.

7 thoughts on ““Traditionalists” to march into desecrated St. Peter’s with masks, abandoned by Archbishop Cordeleone”