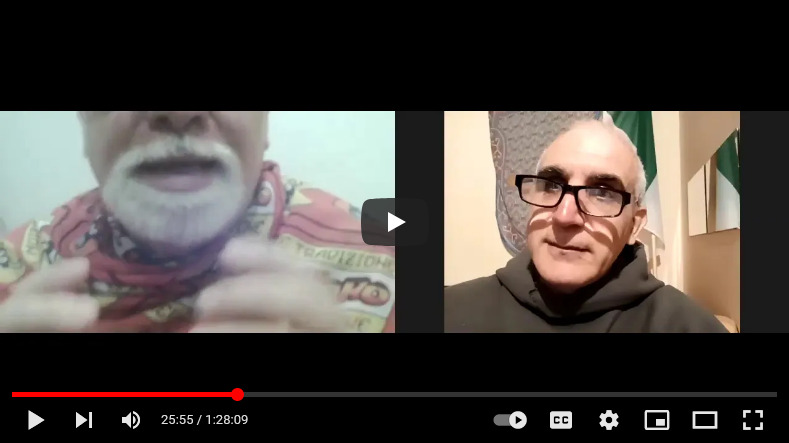 Marco Alonzo was my good friend at Rome. I met him at a rally against the Scamdemic in June of 2020. Following that he interviewed me several times for his YouTube Channel, Decimo Toro. He was a kind and gentle man, full of natural joy, camaraderie, and inspired by a great zeal for truth and friendship.

But, today, I have the very sad duty to inform you all that he passed away yesterday at Umberto I Hospital. I had advised you that he was intubated there after contracting an aggressive infection. He was treated for Covid-19, but the treatments at home and in hospital did not have an effect. Due to the Sanitary Fraud, no one was able to visit him, except some of his closest friends.

I do not know what he really had. And since all treatments for the alleged virus failed, I really think he was done in, for he was the ardent voice of truth, against which, what is about to happen, would have found an even more ardent warrior.

Marco Alonzo was a baptized Catholic. He was the producer and publisher of the YouTube Channels Decimo Toro and Decimo Toro 2. He was famous throughout Italy among all classes for his sustained honest criticism of current events. He was especially an ardent critic of the Scamdemic and of Bergoglio.

He was wont to appear on Youtube, showing only the lower part of his face.

He at times gave voice to those who hold that Benedict XVI is the Pope and at times to those who thought he was not. He defended the Catholic Faith strongly on several topics, though he was not a practicing Catholic himself, by his own definition. His moral influence led to the production of the famous documentary, A Message in a Bottle, in which he also appeared, though he did not produce that documentary.

Here  are some videos he made with me during the last year or so: