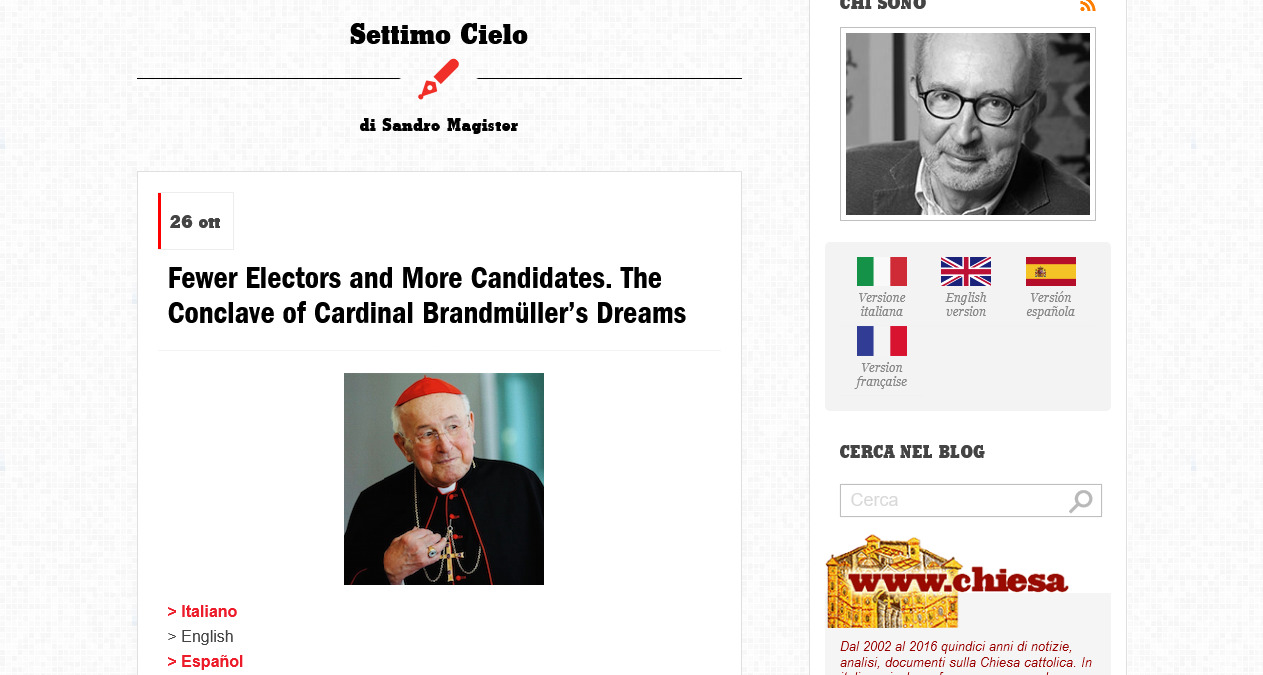 Cardinal Brandmueller is no longer sick. In December of 2019,  I wrote to him asking to discuss his academic paper on whether a pope can resign, and his secretary told me he was sick. I guess he understood I wanted to talk about the Canonical reasons for which Benedict XVI is still the Pope. If so, he guessed correctly.  And when I wrote months later, to his secretary, I received no reply.

Now that he has recovered from his sickness, he has not replied still, but he has ventured to discuss the mechanism for electing the successor of the Pope in a new article, entitled, THE ELECTION OF THE POPE IN THE TENSION BETWEEN CENTER AND PERIPHERY. A PROPOSAL. — You can read the English translation of that by clicking the image above.

In this article, he mentions Pope Nicholas II’s Bull, In Nomine Domini, which I published a translation of recently.

His full letter in English is read aloud by Mr. Stein here.

I agree with Mr. Stein’s view, that the document by the Cardinal is an attempt to avoid electing another Bergoglio. But the Cardinal, as in his academic paper, gets it all wrong. Being a convert from Lutheranism, perhaps he does not understand that in Catholicism, words have objective unchanging meaning. They are not defined by the common opinion of Cardinals, Bishops, or those who want to get rid of Pope Benedict XVI.

You can read my critique of Cardinal Brandmueller’s academic paper, on whether a pope can resign, here.

The Cardinal, in his recent proposal, has however admitted something of which many had speculated was the case in 2013,  namely, that Cardinals of rich dioceses in Europe buy the votes of Cardinals in poor third world dioceses. By mentioning this, he seems to be inferring that the reason Bergoglio appointed so many new cardinals from poor dioceses in the third world is to enable the German Church to buy the election of the next pope in the Bergoglian Conclave.

I have to shake my head, however, since, if the Cardinal just returned to canon 332.2 and read it in Latin, the first phrase would give him the solution to all his problems: Si contingat ut Romanus Pontefix muneri sui renuntiet, ….

Benedict XVI never did that. Therefore, he is still the pope and all the men appointed by Bergoglio as Cardinals are nothing. Only the Cardinals who can still vote who were nominated by Popes John Paul II and Benedict XVI can participate in the next Conclave. If any others do, the Conclave is invalid by papal law.