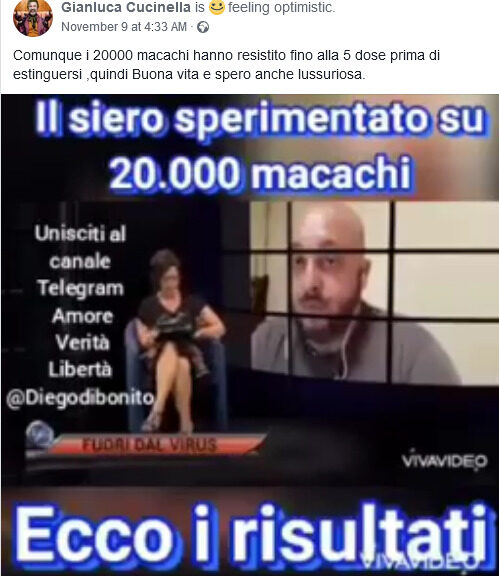 The most common objection to my video in June, where I warned about a massive world-wide die off for the DeathVaxxed, was the insistence to have citations to scientific studies which shows that previous attempts to develop a coronavirus vaccine resulted in the death of test animals.

Well in Italy recently, there was broadcast on national TV the results of two studies published in the Lancet, involving 20 thousand Macaques, a simian which shares 98% the same DNA as our own species. Each animal was given a mRNA vaccine, and then if it survived another dose.

After 5 doses, they ALL were dead! These experiments were done 5 years ago. Evidently on this basis, the Globalists decided to develop mRNA vaccines for humans!

You can get the articles cited by the doctor which appears in the video below, from his Telegram Channel feed @Diegodibonito .

Here is the link: 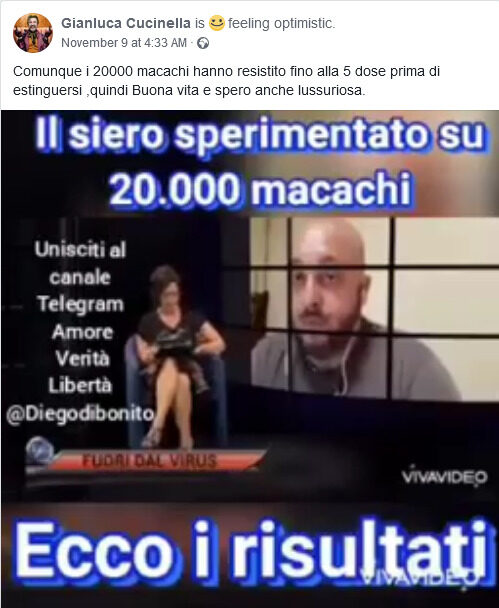