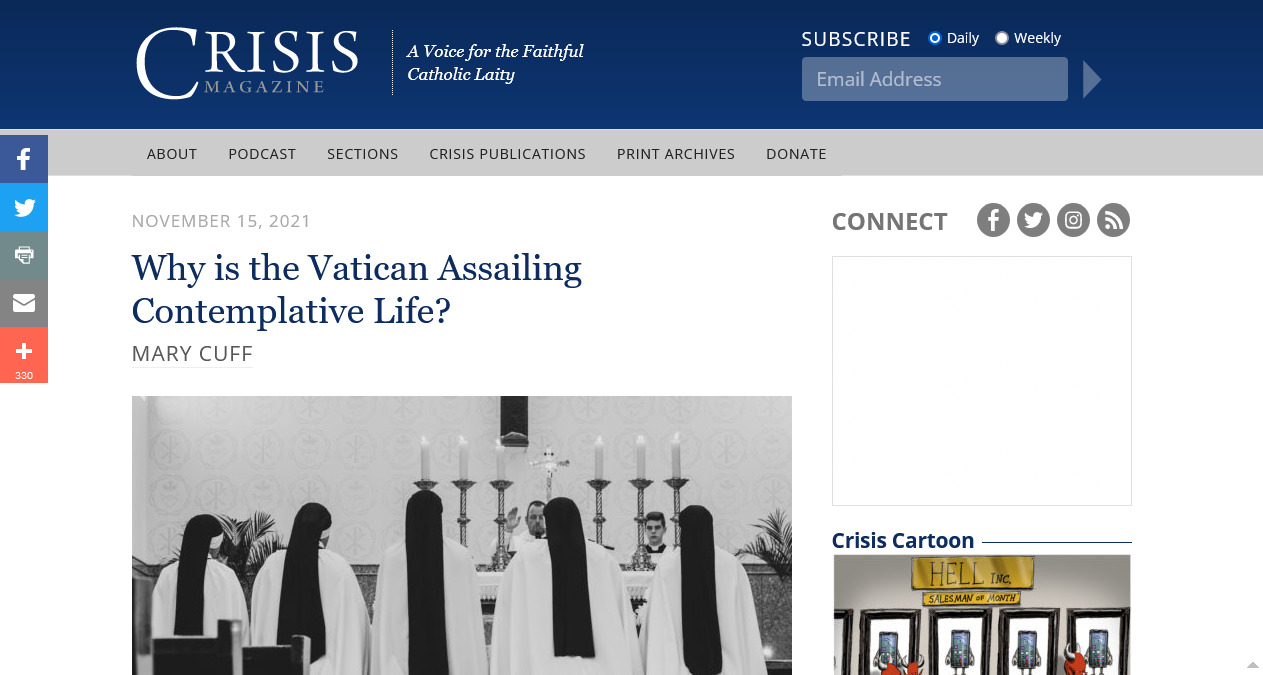 A lot of Catholics who know that Benedict XVI might be the pope but refuse to investigate or look at the evidence, respond to invitations to do so, with the quip:  “What difference does it make who is the Pope?”

That is a lot like, “What difference does it make who is President?”

Its a very transparent argument by persons who have no moral integrity but who prefer perks and privileges of the ruling clique to historical truth or factual evidence.

Well, there is more evidence to show that the Catholic who argue this way are in fact aiding and abetting one of the largest campaigns of destruction against Monastic communities world-wide.

Click the image above to read all about it.