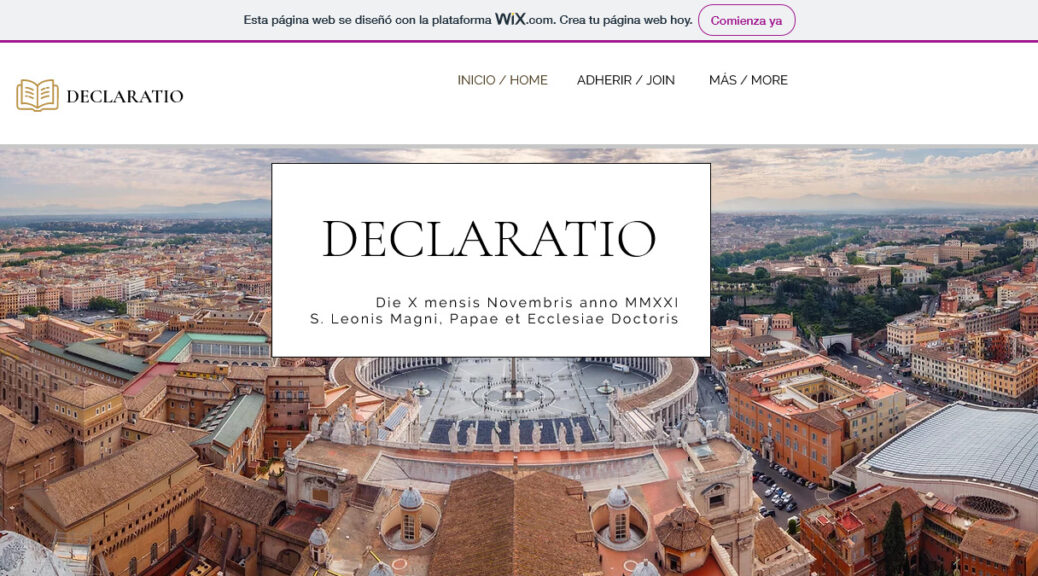 In a Universal Declaration of Canonical Facts

The Church is headed into a historic and terrible battle of confusion in the next few months or year, when it will no longer have two rival Popes, but one or none, and the time will come for the College of Cardinals to elect a successor to one or both.

The canonical irregular situation which followed from the apparent Renunciation of Ministry by Pope Benedict XVI in February of 2013 — a canonical act which has no precedent and is non-existent in the Code of Canon Law of 1983 — and the uncanonical Conclave of March 2013, which illegitimately pronounced as elected Jorge Mario Bergoglio, the Cardinal Archbishop of Buenas Aires, threatens to be continued ad infinitum unless Holy Mother Church confronts this irregular situation with a canonical investigation and Conciliar judgement — at least at the level of the Ecclesiastical Province of Rome.

To this end, to ward off such a disastrous consequence as the perpetuation of this schism and irregularity, members of the Catholic Faithful from the entire world have written an appeal to the Cardinals and Bishops of the Catholic Church to warn them of the impending canonical shipwreck of the Church of Christ and to mark a line in stone, as it were, as to the canonical facts and realities.

I am proud to be one of the collaborators which brought this petition into its present form, and I endorse it 1000000%. I believe it is a great act of charity to the entire Church, and especially to the Sacred Hierarchy, in accord with canon 212, in that it respectfully and properly notifies them of the situation of which I speak here.

The petition has been prepared in the following languages: English, Portuguese, Spanish, Italian, French, German, Arabic and Russian. 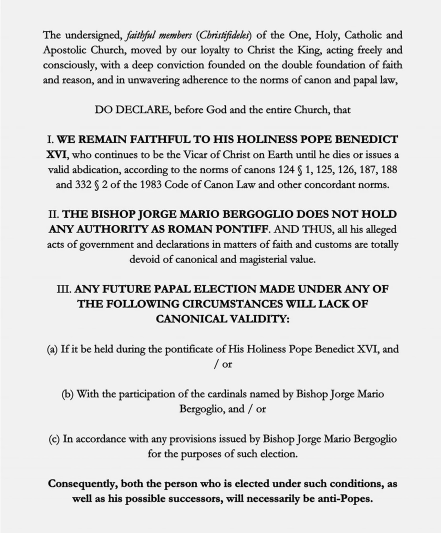