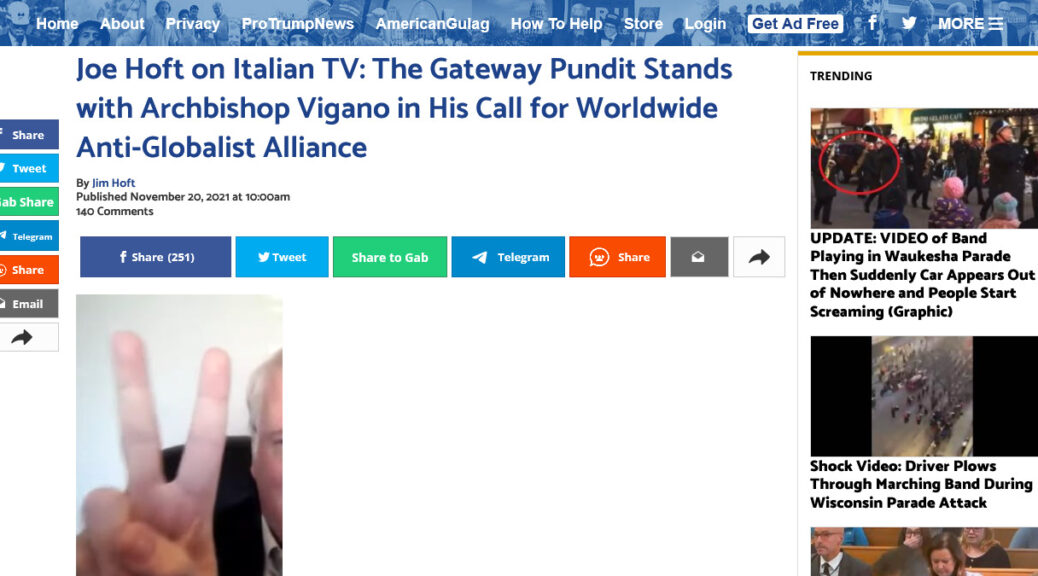 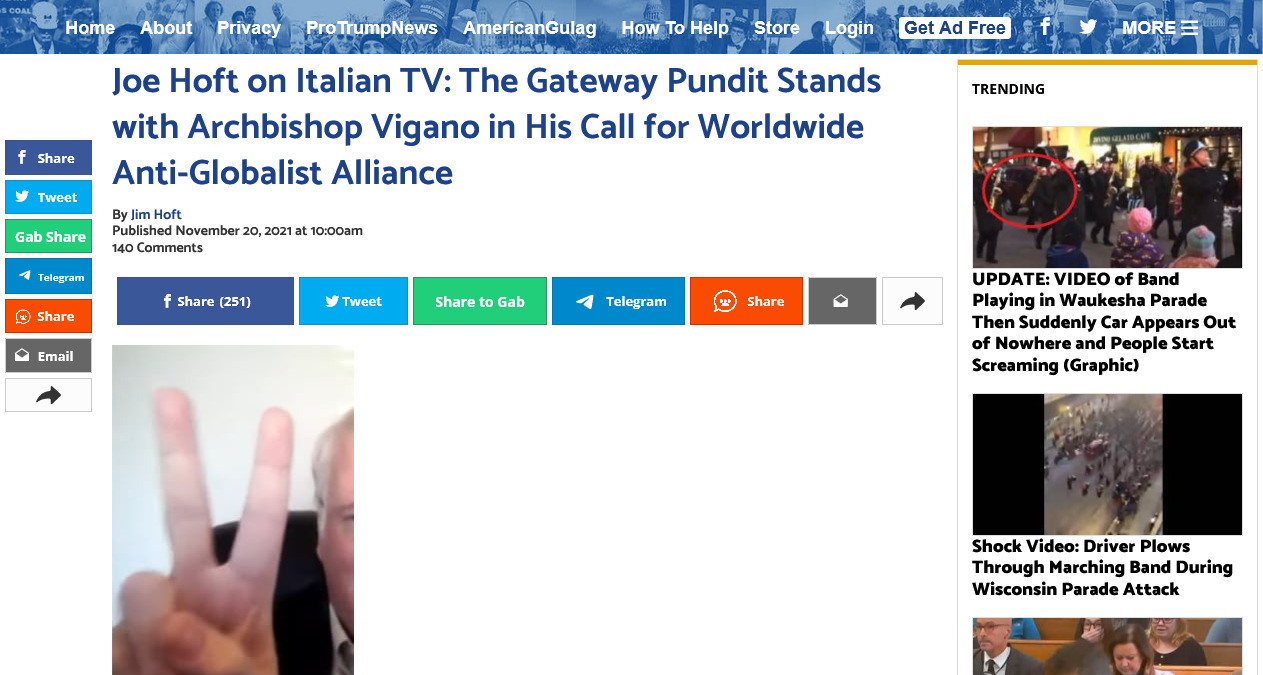 It is a common practice in American politics — that is, in the politics of the United States of America — for a candidate of one of the two Masonic Controlled Political Parties (Republicans & Democrats) to attempt to gain voter support by espousing in appearance only the causes of voters who do not support their candidate or party.

This strategy involves sending the candidate to the locales where the voters are most connected to garner the support of their movers-and-shakers to get the voters who are influenced by these to vote for their candidate. And then the candidate gives a fine speech and promises many things, And if he is elected, he continues the Masonic Agenda in office and disregards all or nearly all of his promises, unless he really needs the votes of those to whom he made them.

This strategy I call the “Johnny-come-lately” trick, and the consistent behavior of Archbishop Viganò makes me think of it. Because he decries everything, but refuses to admit Benedict XVI is the pope. Rather, he supports the idea that Bergoglio is the pope so as to garner support from those who do, rather than, as a man of God, simply stating the truth. It is remarkable that he began his publicity campaign by demanding Bergoglio resign for being corrupt and in the space of 3 years ended up affirming that he does not want to divide the Church by entering into the discussion of whether Bergoglio usurped the Papacy from Benedict XVI.

NOW THAT BENEDICT IN HIS OFFICIAL BIOGRAPHY HAS AFFIRMED, HOWEVER, THAT HE NEVER ABDICATED, you would think that an Archbishop of the Church of Rome, as Viganò is, would come to the defense of Pope Benedict XVI.

But no, you just get from Viganò a new proposal to “unite the tribes” against the Scamdemic.  Does Viganò ignore that Bergoglio is the biggest proponent of the Scamdemic? Yes.  Then how, I ask, can you be credible if you ignore that while calling for an alliance?

The truth is that Archbishop Viganò crafted a publicity stunt with President Trump, in which he wrote a letter which Trump immediately responded to in public.  Now Trump’s family has served the Skull and Bones Lodge for nearly a century, and that Lodge is one of the principal agents pushing the Scamdemic and Great Reset.  They are also 100% behind the ousting of Benedict and the installation of Bergoglio.

So what game is the Archbishop playing?

This international Alliance against Globalism would be just something the Lodges would want to control, because it would thus prevent any effective opposition to their plans.

To read more about this, click the image above, which links to the same article at the Gateway Pundit, an electronic journal which is “gay friendly” (I have it that its principal is married to another man), just like Trump and Skull and Bones (which is rumored to be a gay pedophile club).