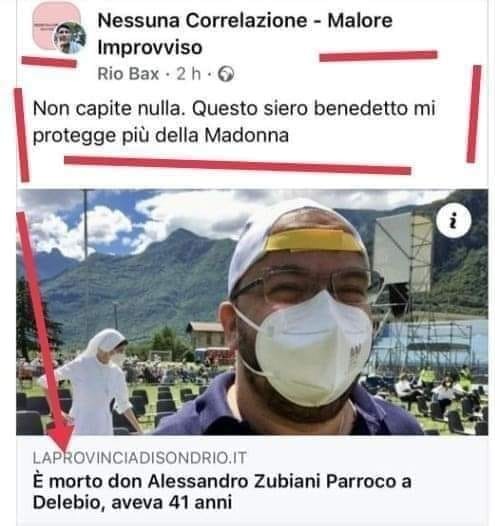 On social media in Italy, tonight, there is going round the news of the passing of Don Zubiani, pastor in norther Italy, who was 41 years of age. While it is being claimed on social media, with crude memes, such as that above, FromRome.Info has no information regarding the vaccination status of Don Alessandro, nor that he had said anything of the kind, of which  is being attributed to him: “This blessed serum will do more for me than Our Lady”. While it is a vile thing to exploit the memory of a priest to support a narrative where it does not enter, nevertheless, while the Bishops of Italy are insisting that all their priests be DeathVaxxed, one cannot exclude the concern that Don Alessandro’s sudden and unexpected death had something to do with it.

Here are some videos and an article about his passing. In the second video, his Bishop confirms during the homily that his death was unexpected. 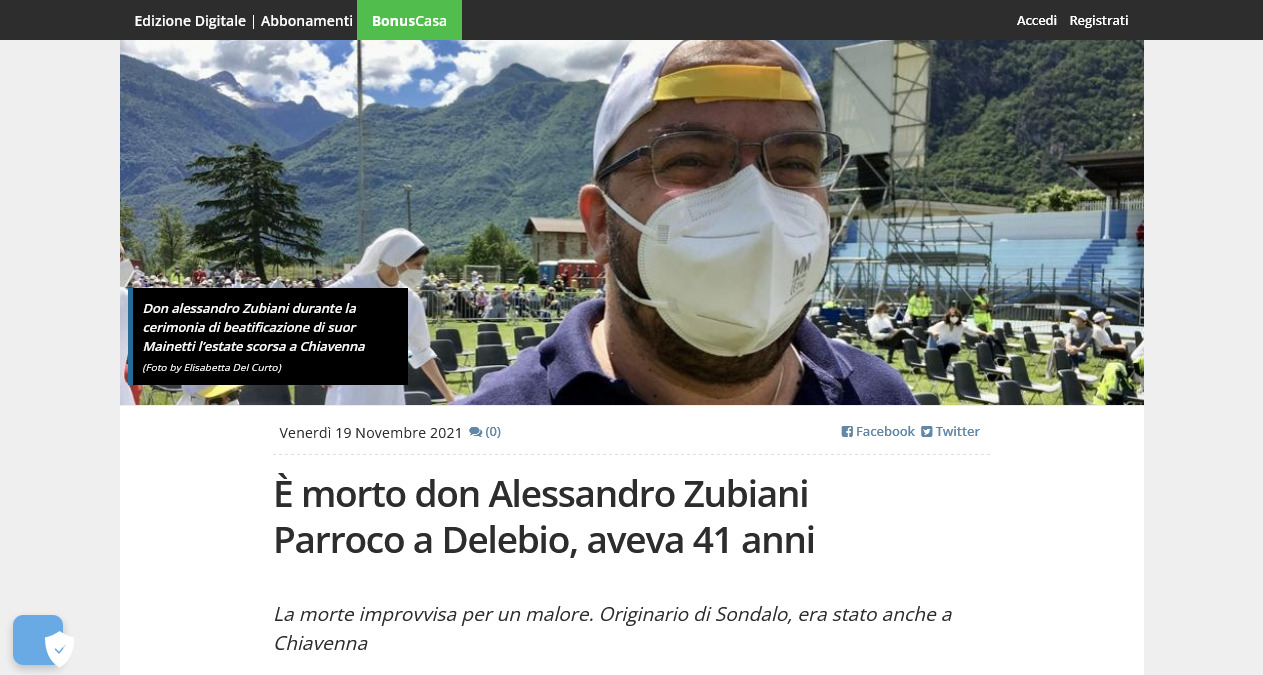 One thought on “Don Alessandro Zubiani, dead at 41”