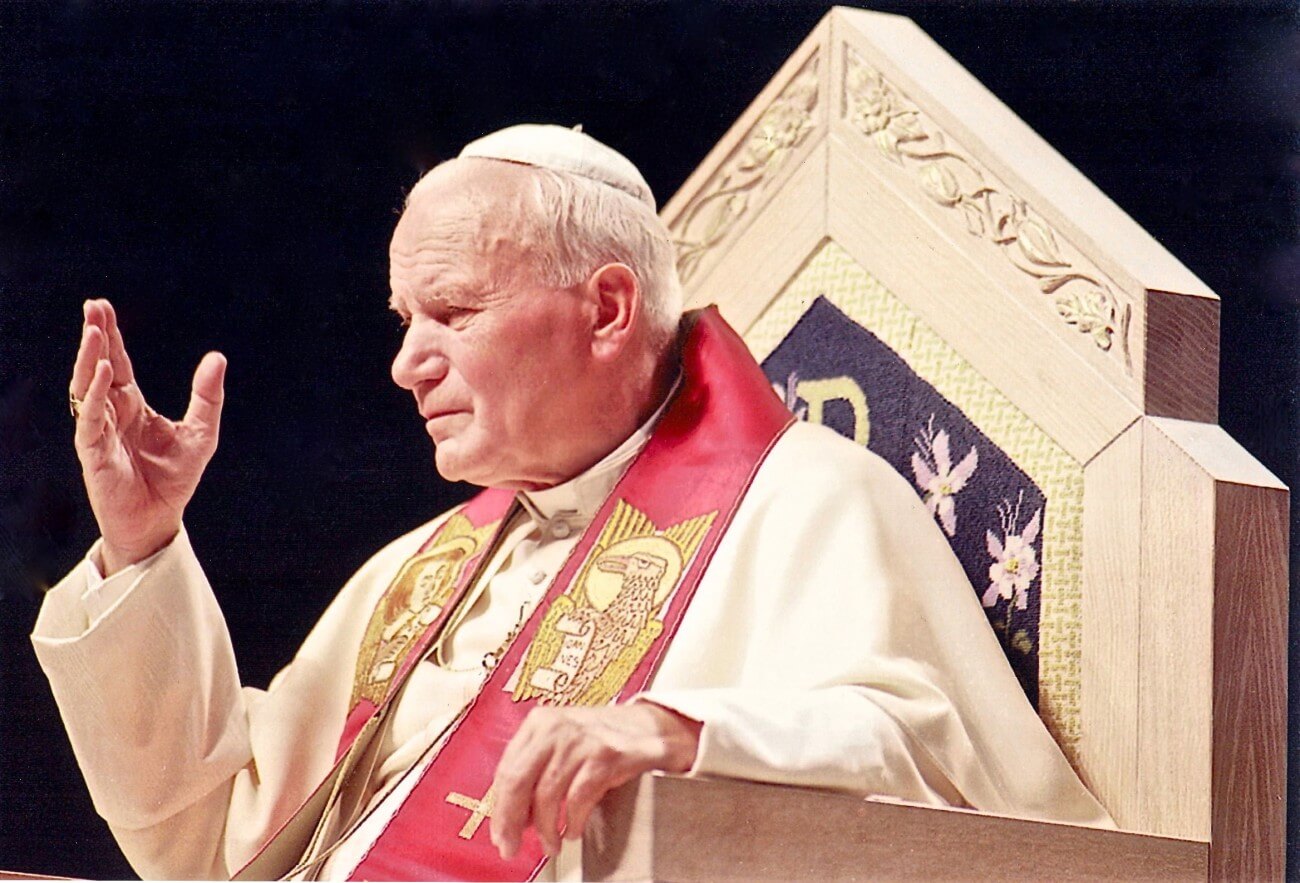 At last, one of the final pieces to the mystery of what Pope Benedict XVI did on Feb. 11, 2013 A. D., has come to light: the reason why Pope John Paul II may have enabled in the Canon Law reform of 1983, with Cardinal Ratzinger’s counsel, the ability for a Pope to fake a renunciation, so as to thwart a take over of the Vatican by the forces off ecclesiastical Freemasonry.

Prior to 1983, the Code of Canon Law reformed under Popes St. Pius X and Benedict XV stated that a pope abdicated when he renounced.

But in the Code of 1983, John Paul II changed that to allow a fake abdication. For in Canon 322 §2, for a pope to abdicate he had to renounce his munus, the charge Christ gave him when he accepted his canonical election.

If a Pope, pressured by anyone, renounced ANYTHING ELSE the renunciation would be invalid!

But why John Paul II would have done this has remained unexplained specifically until now. With the help of an investigator in the U. S. A. we have discovered a substantial explanation, which seems very probative.

In 1981, for 22 weeks, there was listed on the New York Times Best Seller list a book which spoke of a forced abdication of a pope by a plot of Cardinals.

That book was entitled, “The Clowns of God”, and its author, Morris West, a novelist, was the author of the famous novel about a future pope, entitled, “The Shoes of the Fishermen”.

Here is the cover of the paper back edition of the “Clowns of God”: 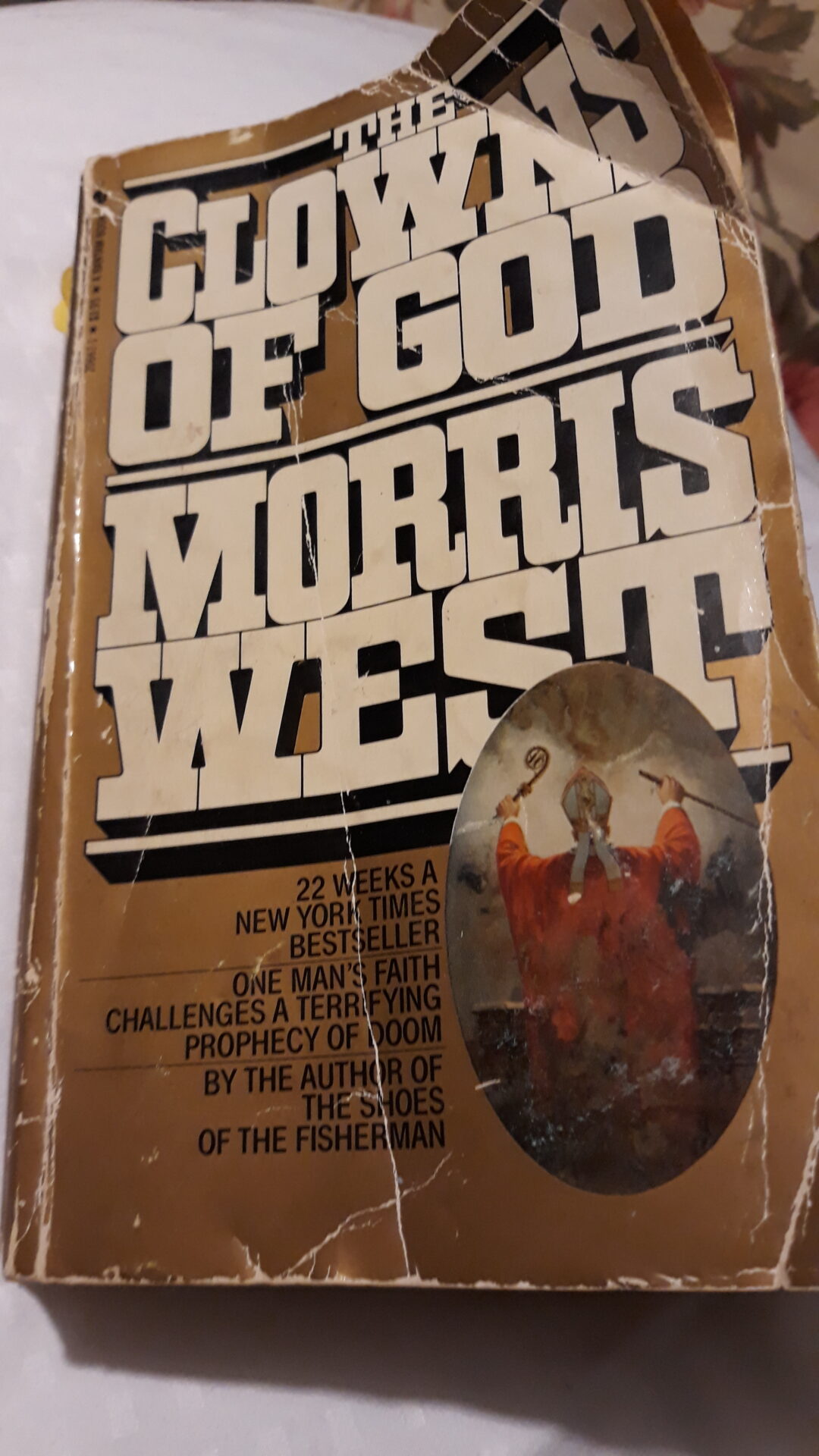 And here is the Prologue to the Book: 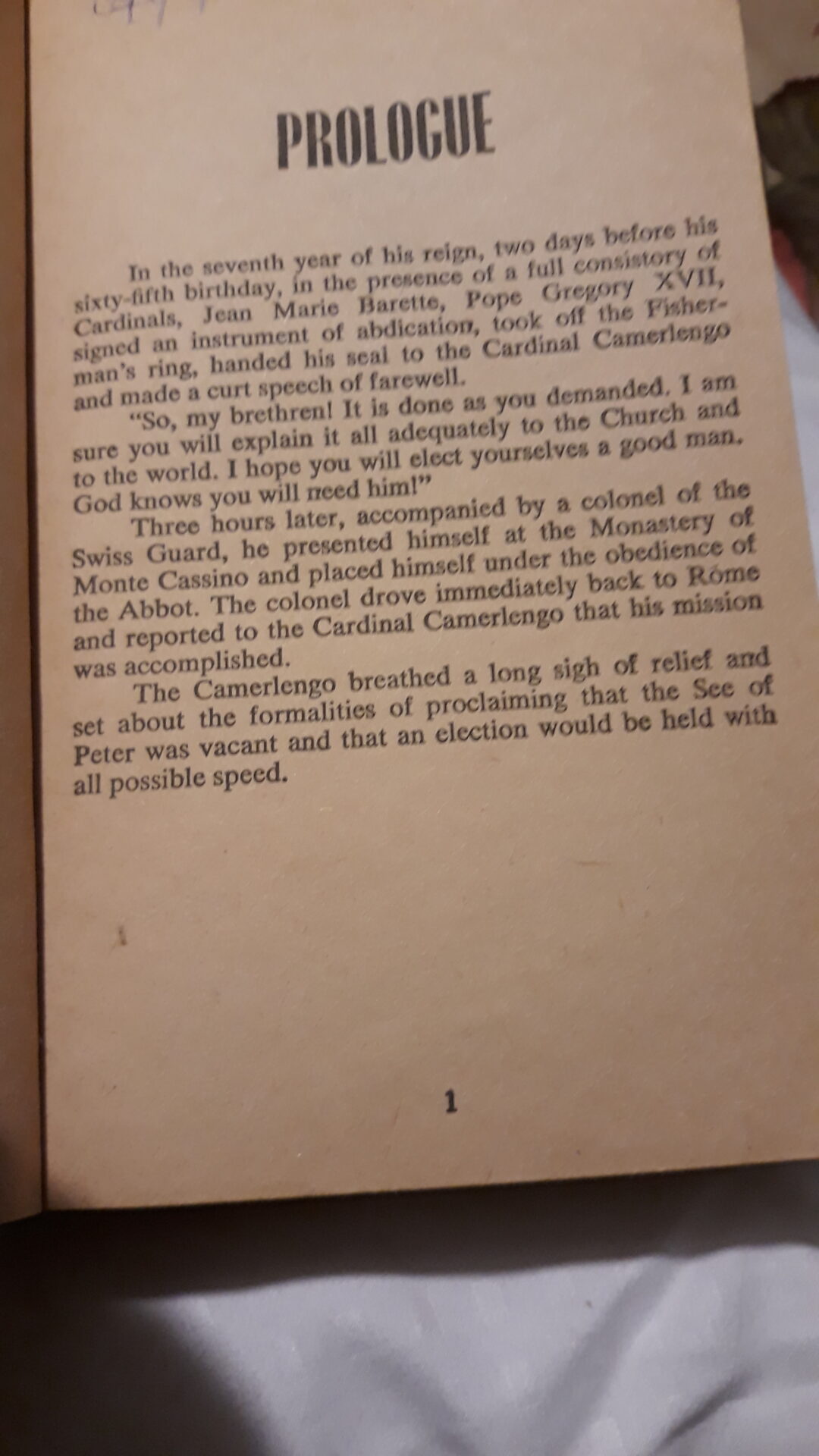 There are stunning details in this account which mirror the historical events of Pope Benedict XVI.

The first of which is the name of the reigning pontiff, one which breaks with the names of the Vatican II popes and takes a name of a pope of tradition.

Second, that the pope in the novel is FORCED TO ABDICATE BY THE CARDINALS.

Third, that this would happen in the 7th year of his pontificate. Benedict XVI issued his Declaratio in the final months of his 7th year.

That the pope in the novel is driven to a Monastery.  Pope Benedict XVI now lives in the Monastery of the Mother of God, at the heart of the Vatican.

That the pope who is driven out of power takes a vow of obedience to a religious of an ancient order.  In the case of Pope Benedict XVI he seems to be obeying a member of the Society of Jesus, founded 500 years ago.

The popularity of this book in 1981 would have sent shock waves in the Vatican, which was in that year preparing the new Code of Canon Law. It seems highly probably then, that in response to the suggestion of a forced abdication, learned and widely read counselors of John Paul II might have advised him to add an object to the verb “renounce” in Canon 332 §2, so that in the future, if a pope would be constrained to abdicate, he could fake an abdication by renouncing something which seemed to be the same as munus but was not, just as Pope Benedict XVI did do on Feb. 13, 2013, when he renounced “the ministry entrusted to me through the hands of the Cardinals”.

That Pope John Paul II even in 1996, years after the new code was promulgated in 1983, still had in mind an attempt to force a papal resignation, can be seen from n. 3 of his Papal Law on Papal Elections, Universi dominici gregis:

3. I further establish that the College of Cardinals may make no dispositions whatsoever concerning the rights of the Apostolic See and of the Roman Church, much less allow any of these rights to lapse, either directly or indirectly, even though it be to resolve disputes or to prosecute actions perpetrated against these same rights after the death or valid resignation of the Pope. All the Cardinals are obliged to defend these rights.

Why mention in this paragraph, a “valid resignation”, if he did not fear a forced abdication and a tumultuous alteration of Church governance by a usurper? Just as has happened under Jorge Mario Bergoglio, who pretends to be Pope Francis.

What is perhaps more stunning, still, is that the narrative of this book fits in perfectly with what Pope Benedict XVI had been warning the world about during his pontificate, the triumph of relativism, which marks the coming of the Antichrist and the end of the world, a trial which would require the Church of Christ to separate from the Church of the Antichrist:

What would happen if members of the Roman Curia discovered that the Pope was about to publicly state that he had received a private revelation that the world was about to end – an apocalypse coming at any moment? Is he a madman, as his cardinals suspect, a mystic, or a fanatic grasping for an unholy power?

16 thoughts on “BREAKING: Why John Paul II may have canonically provided for a fake papal resignation”