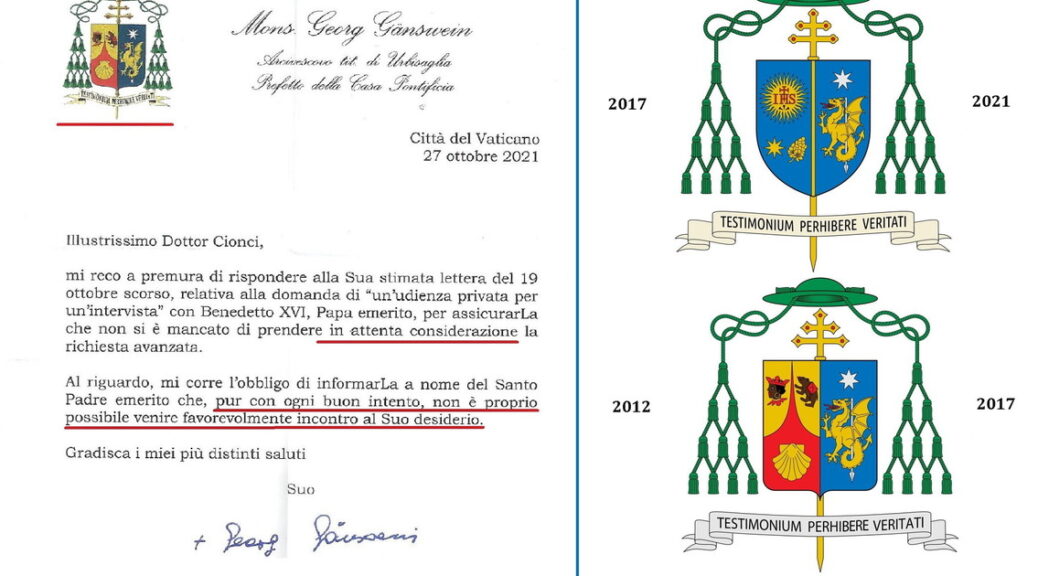 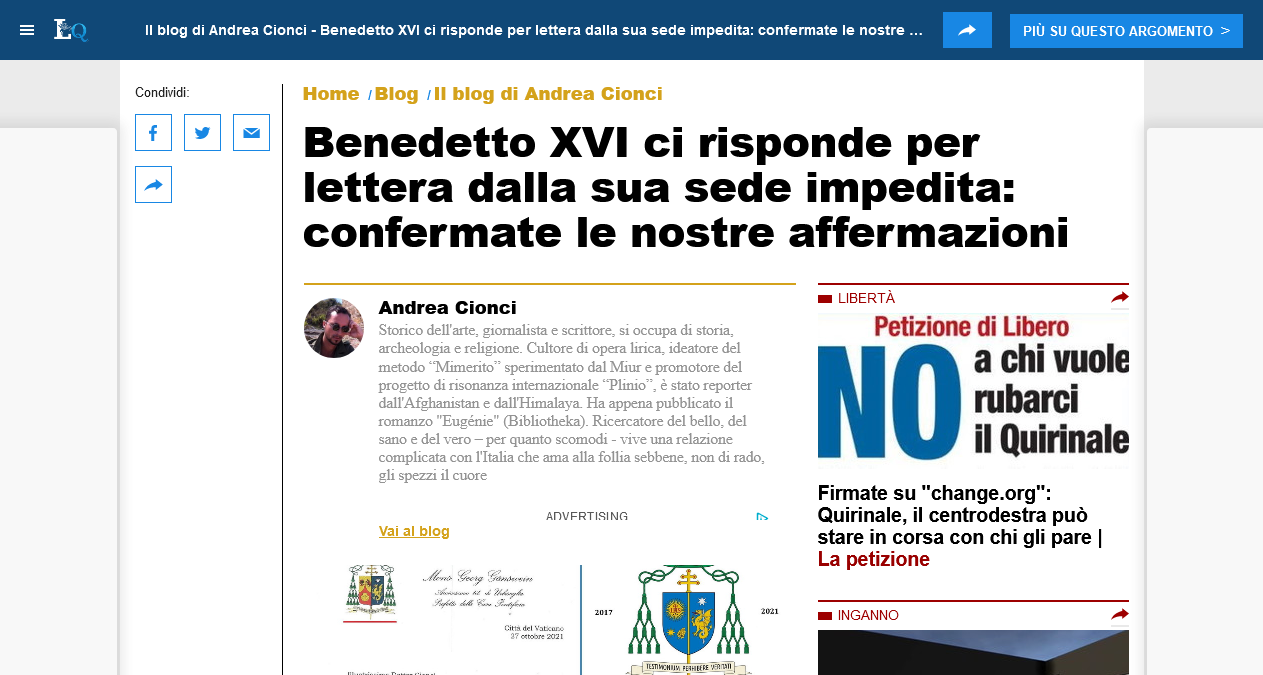 In a stunning turn of events, Andrea Cionci has obtained from the personal secretary of His Holiness Pope Benedict XVI the confirmation that he is a prisoner in the Vatican and is not free to do as he pleases.

The confirmation came in Archbishop Gänswein’s response to Cionci’s request for a private audience with the Holy Father to interview him on the events of February 2013 and the Holy Father’s cryptic way of speaking during the last 8 years.

You can see a photo of the letter here, along side of which are the two different coat of arms of Archbishop Ganswein, those he currently uses, and those he used to use, when Benedict XVI was in power at the Vatican. 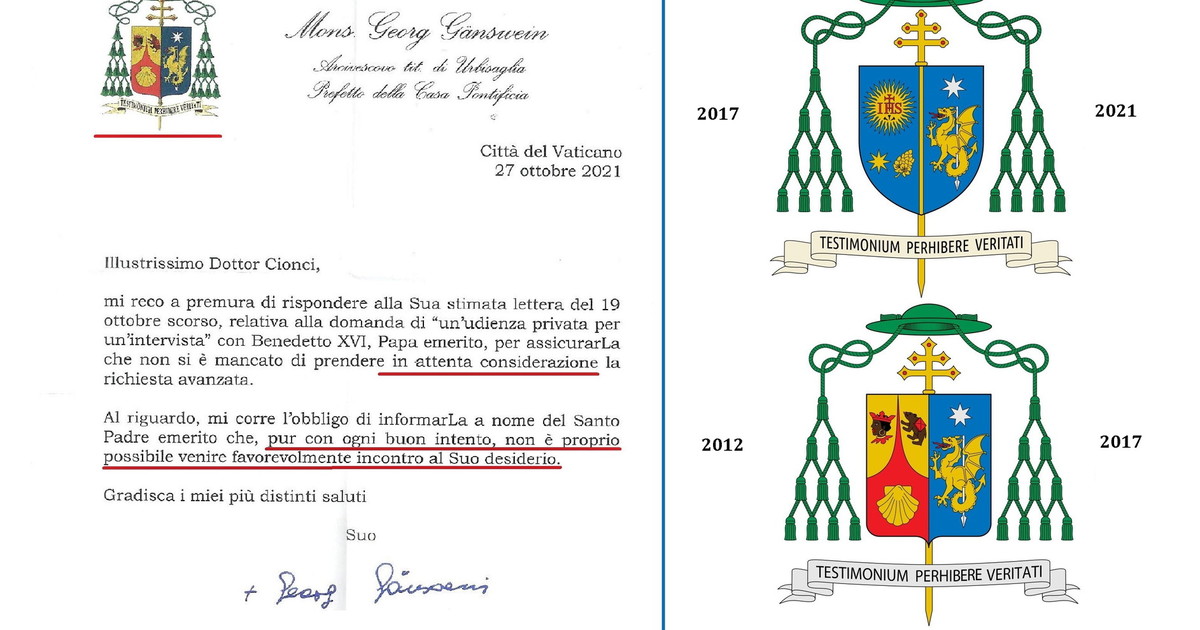 First, I will give an English translation of the text, then I will comment.

To the most Illustrious Doctor Cionci,

I will respond to your respectful letter of October 19 last, in regard to your request for a “private audience” with Benedict XVI, Papa emerito, to assure you that He did not omit to give your proposed request an attentive consideration.

In this regard, it is my duty to inform you in the name of the Holy Father emeritus that, despite ever good intention, it is not at all possible to favorably grant your desire.

Now, it is obvious, since the Holy Father has given many interviews in the last 8 years and has spend 100s of hours speaking with his official biographer, than it is indeed possible for him to speak with journalists. If he is not free to speak with those he wishes, however, then Cionci is correct, that the Pope is a prisoner in the Vatican, the See is impeded, and the cryptic way of speaking used by Pope Benedict XVI is to get these messages out, which would otherwise be censored.

Here the Holy Father had an excellent and appropriate opportunity to meet with Cionci and debunk his entire thesis, if the Holy Father thought it was wrong. But he did not.

On the other hand, if Cionci is 100% or nearly 100% correct, the Holy Father does not need to meet with him to affirm that. He only has to decline the request, making sure Ganswein uses stationary which indicates He is still the reigning pontiff.

And that is just the point.

But if you did not get the hint, note that the letter is dated October 27, which is the first day Pope Damasus reigned as Pope after defeating his rival the Antipope Ursinus in a 3 day battle, which he won on Oct. 26, 366 A. D.. The Battle took place at the Basilica of Santa Maria Maggiore, here at Rome.

Or in other words, “Be at peace, my son, for the Lord has promised me the victory in this battle, and I am soon to have it!”