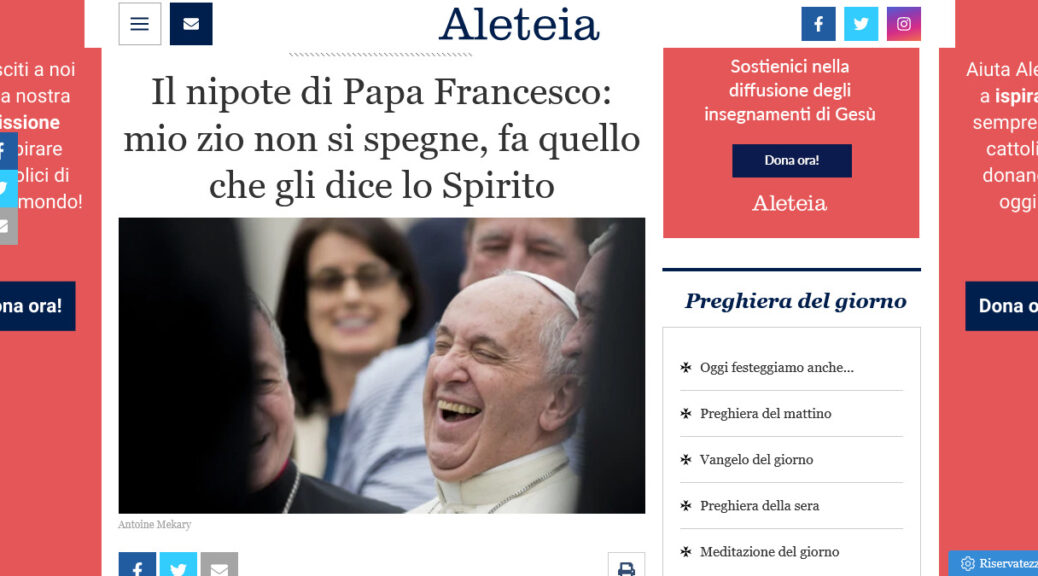 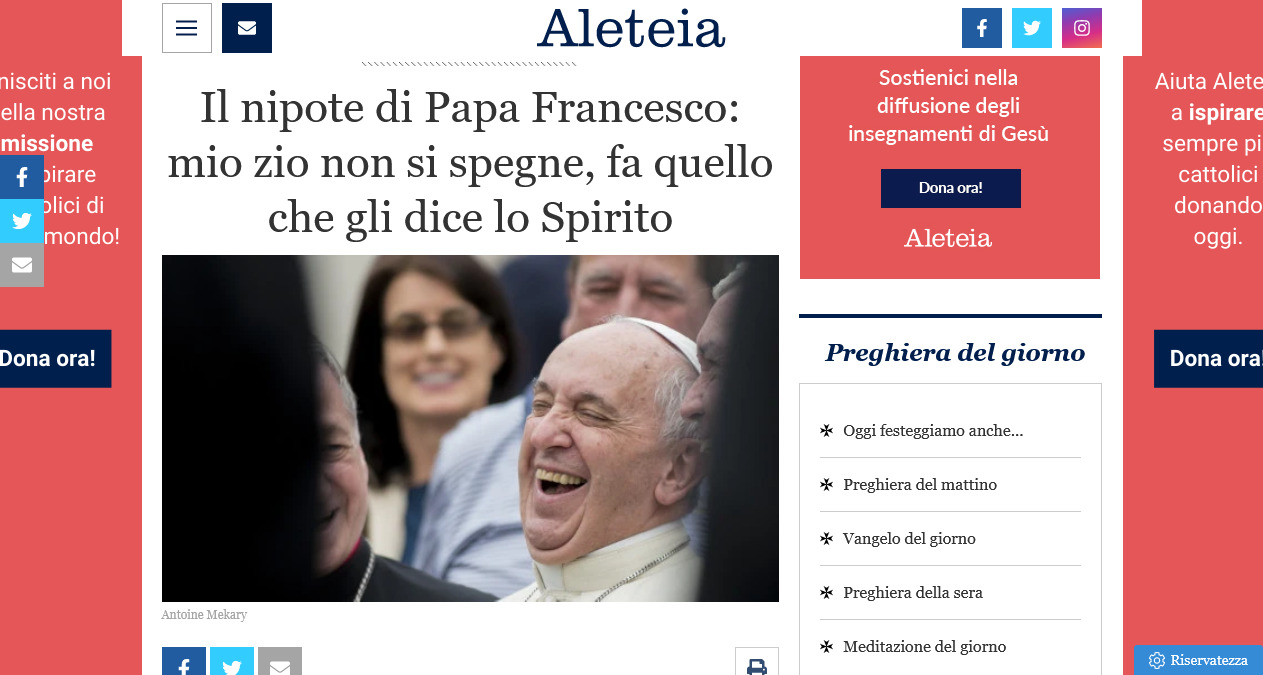 There is a saying at Rome, which is one of the rules of Vatican journalism: Don’t believe anything until someone denies it. My contacts in the press corps explain further, than when they do, then it’s totally credible and frightens those in power.

This is not how we reason in the English speaking world, but in Rome, do as Romans do.

So I now must report on the absurd rush by the Jesuit magazine, Famiglia Cristiana — whose name means, “Christian Family”, but who doctrine in recent decades is “Marxist Family” — to discount the Dec. 7, 2021 report by John Gizzi of Newsmax that Bergoglio is dying and that the College of Cardinals has already begun preliminary preparations to convene a new Conclave.

First I will report what was said, through Aleteia.it, a known CIA funded news outlet affiliated with that of the same name in the USA, which recounted the counter-claim by Famiglia Cristiana.

The nephew of Jorge Mario Bergoglio, by one of his sisters, is quoted as saying,

“I see him as one in very good condition” — says the nephew of Pope Francis — “with a lot of strength, he does not show his age.  He is very active, enthusiastic, he is not burning out. He said that some were expecting that this sickness would make him be a little more silent, but no: he is is very good heath!”

And who is this nephew of Bergoglio who works between Cordoba and Rome. First, is he the learned Jesuit, Padre Luis Jose Narvaja, who curated the collection of the writings of FatherAngelo Fiorito, of the Jesuit Province of Argentina (here) and who received several press reports covering the presentation of his work 2 years ago?

Its the same name. But 2 years ago, no one claimed he was the nephew of Bergoglio. Now, however, when a denial is needed, out pops that detail.

But there is another problem, does the nephew actually know anything?

Another report from November last year does cite a Jesuit by this  same name and identifies him as the nephew (here), and this one from the Spanish speaking world at least lends one to believe it is better informed. But it reveals a lot more with the photo it includes, of the nephew standing alongside the uncle from a photo from back in 2001.

So ostensibly they have not met during the last 20 years.

The concern, however, of any objective reader, therefore, must be that this nephew knows nothing actual about the health condition of his uncle. And if you read his words, that becomes clear. I would only comment that it is true that he is not burning out, because because of his degenerative colon issue, he is probably more like bleeding out.

And, thus, the conclusion must be that the Famiglia Cristiana, who is advance-leaking a quote from the nephew which is to be published in an interview on De. 17, Bergoglio’s birthday, is that DESPERATION AND PANIC has gripped the halls of Bergoglian covens here at Rome.

Because when a journalist from a main news source such as NewsMax reports the words of a secretary of a powerful cardinal in the Curia, and to deny these you have to run to a pre-prepared quote from a nephew who has not met the pope for some 20 years, you are grasping for straw.

And, since Famiglia Cristiana is a very influential and well resourced publication with many contacts in the Vatican, it is utterly laughable that they have tried to squelch the news by Gizzi by such a silly trope. They could have instead called the Office of the College of Cardinals and asked if preparatory preparations have begun for a Conclave. They do not say that they did, if they did. Which says a lot.

And that means, that all their sources in the Vatican are silent and won’t discount Gizzi.

And you know what that means.

CREDITS: The featured image is a screenshot of the Aleteia article commented on above. It features a laughing Bergoglio, in pure gay agit prop style. But that trick is not going to save them now.