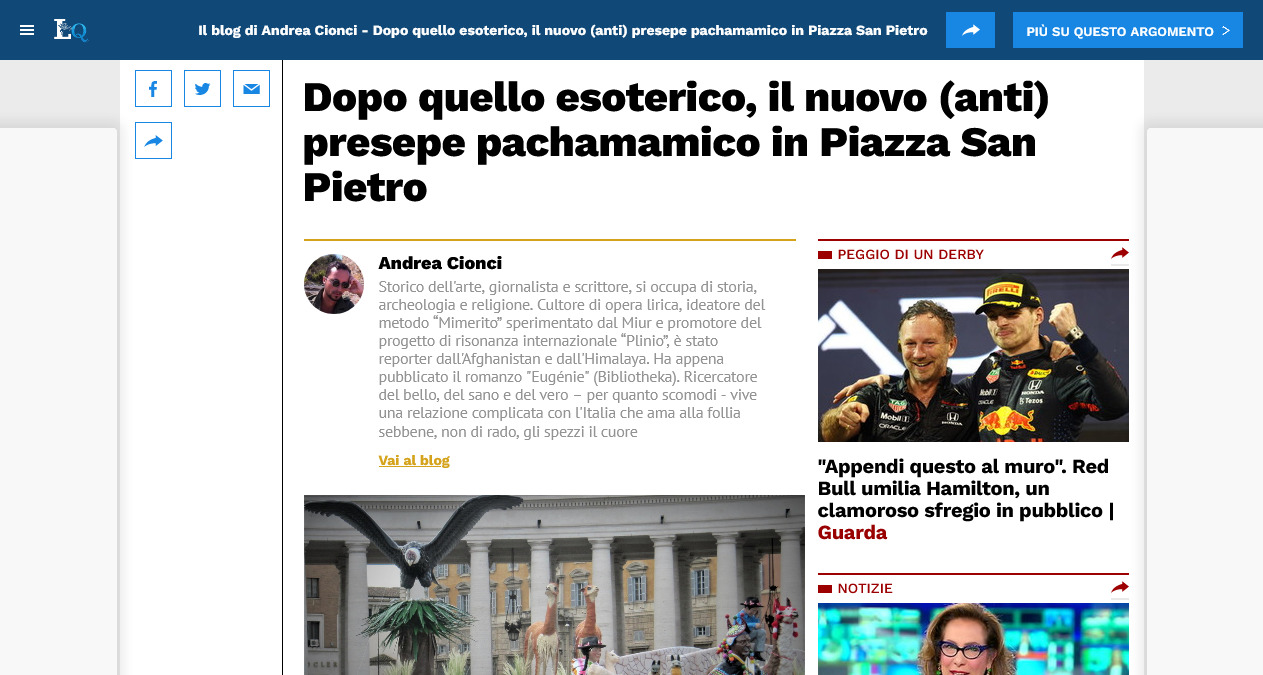 The scene depicted is one from the mythology of the ancient Peruvian Inca’s who worshiped a pantheon of demons, among whom was Pachamama. There is only one village left in all of Peru which practices this cult, and Bergoglio has chosen to erect a 3 dimensional scene of these gods expecting the sacrifice of lamma pre-borns, instead of the Crib of Christ this year, as his sign of definitive rejection of Christianity.