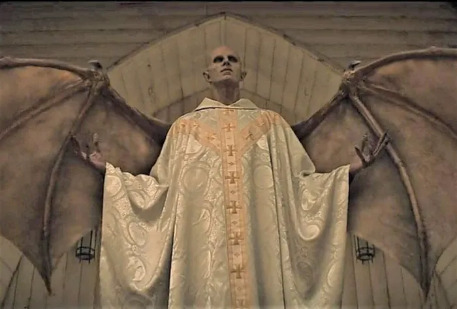 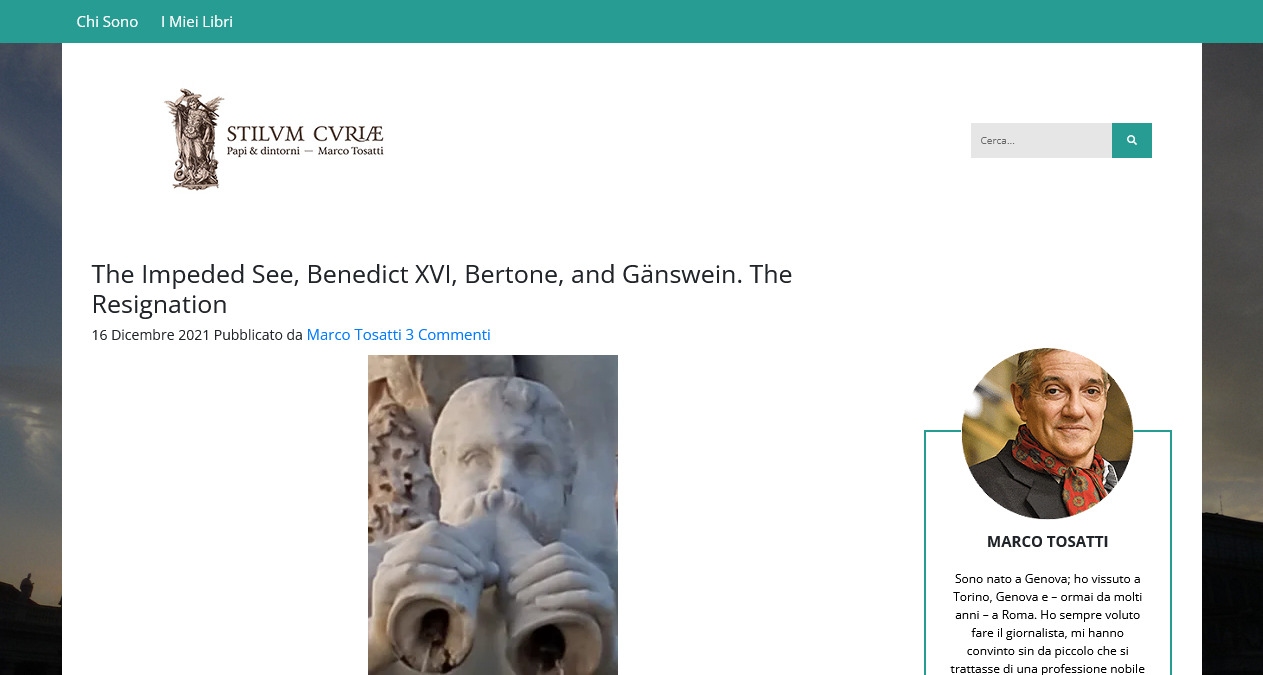 Cionci: Are We Ready for Anti-Pope John XXIV?

A Response to the Pied Piper

Are we ready for antipope John XXIV? A Response to the Lonely Pied Piper

I want to give a heartfelt thanks to Marco Tosatti and the Lonely Pied Piper for having addressed the now “unmentionable” Magna Quaestio. I must say, dear Pied Piper, that your last question threw me into a panic. Two years of (free) work, about 160 articles in which I have explored the entire question, in the most hidden details, summarizing it in all sorts of ways, even resorting to metaphors and fables, repeating myself until it becomes unbearable, and yet it seems I have not yet succeeded in communicating the general sense [and purpose] of Papa Ratzinger’s “Plan B.”

It’s my fault: I will try once again.

Cornered by the mutiny of the modernist clergy who wanted him to abdicate, Benedict XVI issued a Declaratio with which he announced a de facto self-imposed exile in an impeded see. The thing that we have become accustomed to perceiving for the last eight years as a resignation of the papacy was not that at all, and I have demonstrated it. I know, it’s crazy – but if you do not radically change the paradigm, you will not understand the matter.

This Declaratio, “as white as a dove and as cunning as a serpent,” enabled Ratzinger 1) to not abdicate and to remain the “only pope” of which he has been speaking for eight years without explaining which one it is, and 2) to make the modernists mistake his Declaratio for a resignation, and 3) to in this way give rise to a null conclave (since it took place while a non-abdicated pope was still living), which would necessarily elect an antipope: Francis.

In this way, Ratzinger ensured that a part of the now unrecoverable clergy would put themselves into schiem, thanks to their own greed for power, thereby purifying the Church. Thus, Benedict XVI did not destroy the papacy at all, but rather as Giorgio Agamben had already understood, with a brilliant move – probably prepared for decades – he enormously strengthened the papacy by permitting a purifying schism to finally take place, freeing the Church from the rotten fruits of the Council, saving the Catholic faith and all the souls of the world from this time into the coming centuries.

Why doesn’t Ratzinger say clearly that he is the Pope? On the one hand, he cannot because he really is being controlled, as Vittorio Messori has testified HERE: https://www.liberoquotidiano.it/articolo_blog/blog/andrea-cionci/29726687/vittorio-messori-rivela-papa-benedetto-tenuto-all-oscuro-disinformato-non-riceve-i-giornali-non-rivelero-le-cose-che-mi-ha-d.html , on the other hand he limits himself so as not to lose the status of an impeded see where the bishop cannot communicate freely. For this reason, for now Benedict confirms the canonical situation to us with subtle logical messages that are completely unequivocal in a system he uses called the “Ratzinger Code” which has been certified by various experts HERE https://www.liberoquotidiano.it/articolo_blog/blog/andrea-cionci/29422686/benedetto-xvi-codice-ratzinger-reale-decodificate-lettere-cardinal-brandmuller.html . A moment of truth will arrive; do not doubt it. In any case, his Declaratio, which is NOT a resignation but rather a non-juridical announcement of self-imposed exile in an impeded see, is already consigned to history and canon law, and can now be recognized and denounced for what it is. A provincial synod would be enough to verify that the bishop of Rome is in an impeded see.

Thus, “Pope Francis” never existed, and nothing done by him for the last eight years has any validity. Poof – the nightmare vanishes in an “eschatological combustion.”

Now, the fact is that if we go to the next conclave with 80 non-cardinals appointed by the antipope, another antipope will be elected. Thus, if we continue to pay attention, on the one hand, to the mainstream that has sold out in block to Bergoglianism, and, on the other hand, to the traditionalist-sedevacantists who do not want to understand nor even discuss the investigation of Plan B and legitimize Bergoglio with canonical follies and, in addition, throw mud on the hated Ratzinger, then before resolving the matter we will have to endure another round of jousting with an antipope Tagle, or Zuppi, or Maradiaga, who will have the name John XXIV. Do you understand, dear Pied Piper, how great the drama is?

But – one will object – if everything has been made explicit, where is the problem? The problem lies in the fact that the question raised by Cionci (a modest journalist who has only limited himself to organizing the facts, documents and discoveries made by others) is laid to one side, as if it were a mere piece of diversionary entertainment for fans of religious-fantasy novels. Is it merely “a conspiracy theory fantasy,” you understand? “Agatha Christie stuff,” as one prelate told me. The only scenario that offers a perfectly coherent explanation from a canonical, theological, evidential, documentary, testimonial, historic, and prophetic point of view is thus dismissed in two words at this slaughterhouse and/or told like Cinderella to go to the kitchen and wash the dishes.

The upper levels of the clergy, even if they have understood this, have been totally immobilized due to the possible retaliation of the antipope. They only ones who are able to do anything are journalists, but 98% of these are completely sold out to Bergoglianism, and the remaining 2% is held hostage by the anti-Ratzingerian traditionalists, and both categories together prevent there being any debate on this matter, which is the keystone of everything.

Now, I realize that this is a huge, gigantic, shocking and incredible matter, but since I don’t want to look like a fool by peddling crazy conspiracies, I have illustrated what I affirm with extremely rigorous precision in 46 chapters of investigation, which you will find here below: https://www.byoblu.com/2021/12/11/papa-e-antipapa-linchiesta-il-nuovo-anti-presepe-della-pachamama-di-bergoglio-parte-45/

You don’t have to read everything, but I absolutely advise you to spend half an hour reading chapters 1,2,5, and 6 through 14. The canonical question, and the confirmation of the Ratzinger Code: one hand washes the other [the two aspects of the matter confirm each other].

For my part, you may ask my friend Tosatti for my private mail if you have any doubts, and I will be happy to respond to your questions.

At this point, beyond continuing to write every day in my newspapers, I can’t do anything more. Either my Vatican colleagues come to my rescue (meaning that we talk about, discuss, and dissect the question) so that we will arrive at the moment of the death of one of the two “men dressed in white” with a mature public opinion, or else we will have to go and take selfies with antipope John XXIV, as we await the Great Prelate. I can’t do anything more.

Thank you for your letter.