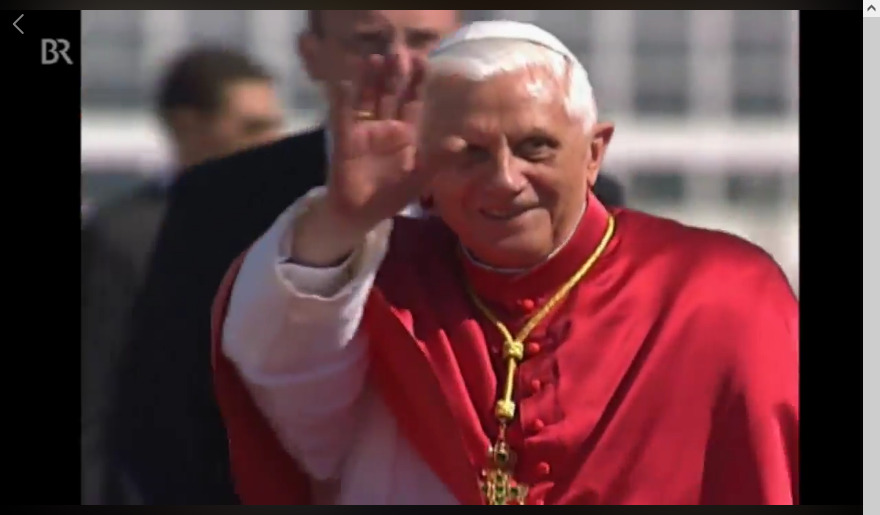 Today is Christmas, and I wish to leave this article as a gift to each of you, as my personal gift, this holy day.

His Holiness Pope Benedict XVI is a widely-read scholar who is very specific in the words he uses.  And if you are not paying attention, you will miss what he is saying.

Take for example the title, which he invented, of “pope emeritus”.

But then you have not paid attention.

Because if you use an analogy, and the analogy is true, then you must take the comparison fully, not according to your whim or that of the dominant narrative.

And then, you must say, that Benedict XVI uses the title because he is still a pope, just retired and not actively working. But since there can only be one pope at a time, who has this dignity, by calling himself, “Pope emeritus”, he is saying that he is the true pope, and Bergoglio is a usurper.

But if you presume that Pope Benedict XVI uses it only in regard to academics, you have underestimated the man, because he is using a Latin term, which has a specific meaning, and not one constrained by the tradition of modern universities.

So let’s take a look again at the Latin, emeritus.

First, it means someone who has merited a status or grade of dignity because of the service he has rendered. It was used to refer to a retired soldier in the Roman Army who retained his grade of office.

Second, it means someone who is worn out, and no longer fit for service.  This usage is from the age of Augustus, in the time in which Christ was born.  Pay attention!

So let’s reflect on this Latin term.

Pope emeritus, in the first sense of the Latin term, emeritus, means, the Pope who has merited this dignity by his fidelity to Christ in the petrine ministry.  —  Now, why say that, unless you mean to compare yourself to a “pope who has not merited that title by faithful service”, that is, not to Bergoglio, as a complete failure, because Benedict coined this term before the Conclave, but to whomever the Conclave would elect, as an illegitimate claimant to the title.

A reference to Bergoglio, without a doubt!

But consider also, that to attribute to himself such an adjective, is not vanity, because more than any pope in recent history, he has defended the traditional ritual of the Mass through Summorum Pontificum, and tried to forge peace between those who are devoted to it and those who are inimically opposed.

He has also, more than any pope in the entire history of the Church, inasmuch as this history is known, expelled the sexually perverse from the priesthood — more than 500 — making himself the enemy of corrupt sick men in both conservative, traditional and liberal sections of the Church.  And they hated him and hate him still for that!

So truly a Pope, emeritus!

Pope emeritus, in the second sense of the Latin term, emeritus, means, the Pope who is worn out and no longer fit for service.  And this can refer to his sense of personal health.  But a worn out Pope is still the Pope.

Also, if as pope he is worn out, that means he has struggled and not won yet, and that means he has battled without sufficient allies against his enemies and against Christ’s enemies. And that he is therefore signifying that the Apostolic See is impeded by a conspiracy.

So when you hear that there is absolutely no canonical title of “pope emeritus”, and yet see that Pope Benedict XVI adopts this term for himself, understand he is sending a clear, if encrypted, message.

But also understand that he never signs, “Pope emeritus”, he only allows this title to be used in reference to his person.

And that means he is using it as an adjective.

So pay attention. Benedict XVI was a university professor, and he is apt to be communicating only with his most brightest students. Not with the idiots who read the Vatican Newspaper to find out what he means.

Merry Christmas to you, one and all!