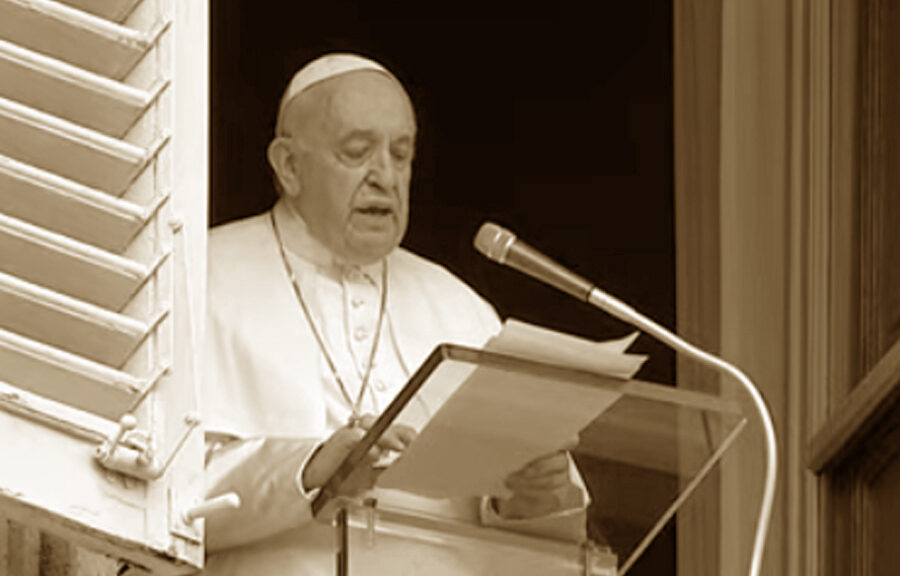 With the news that Bergoglio is dying and that the College of Cardinals has begun preliminary preparation for a new Conclave — news which has not been officially denied by either the Dean of the College, the Office of the College or any medical doctor at the Vatican, we are going to see a flood of reports by outlets which are counting the days till his death.

Today’s offering is about Bergoglio’s swollen upper lip.  Gloria.TV runs the story off of an image published by Il Sismografo, which could be current, but that is not certain. You can see this image in the featured image of this report.

Gloria.TV spins the photo to argue an infection.

But a swollen lip could simply be a lip which has been bitten during a neurological event.  A known side effect of the DeathVaxx.

Bergoglio has had the double Jab and the Booster, according to sources.

We should pay attention to this photo, simply because Il Sismografo is published by Vatican Press Staff, and when they chose a photo, they are signalling to the whole press corps in the world.

The other offering is a news reporter, who while delivering her report, nearly started to read the prepared statement by the channel about his death… (see here).

All Rome is expecting his death, especially after his outrageously offensive decision to ban the Traditional Latin Mass and cut off pension payments to Vatican workers who have not been DeathVaxxed.

Like Herod the Great who went into a rage, after the death of his son, in April of 1 B.C., and in revenge ordered the murder of the innocents, whose martyrdom we celebrate today, so Bergoglio in his death throes is not leaving any opportunity aside to offend and destroy.

This is a certain sign that he knows his time is short and that he soon will exist stage left.

Happy New Year to one and all!

11 thoughts on “Is Bergoglio suffering from neurological disorder after being DeathVaxxed?”