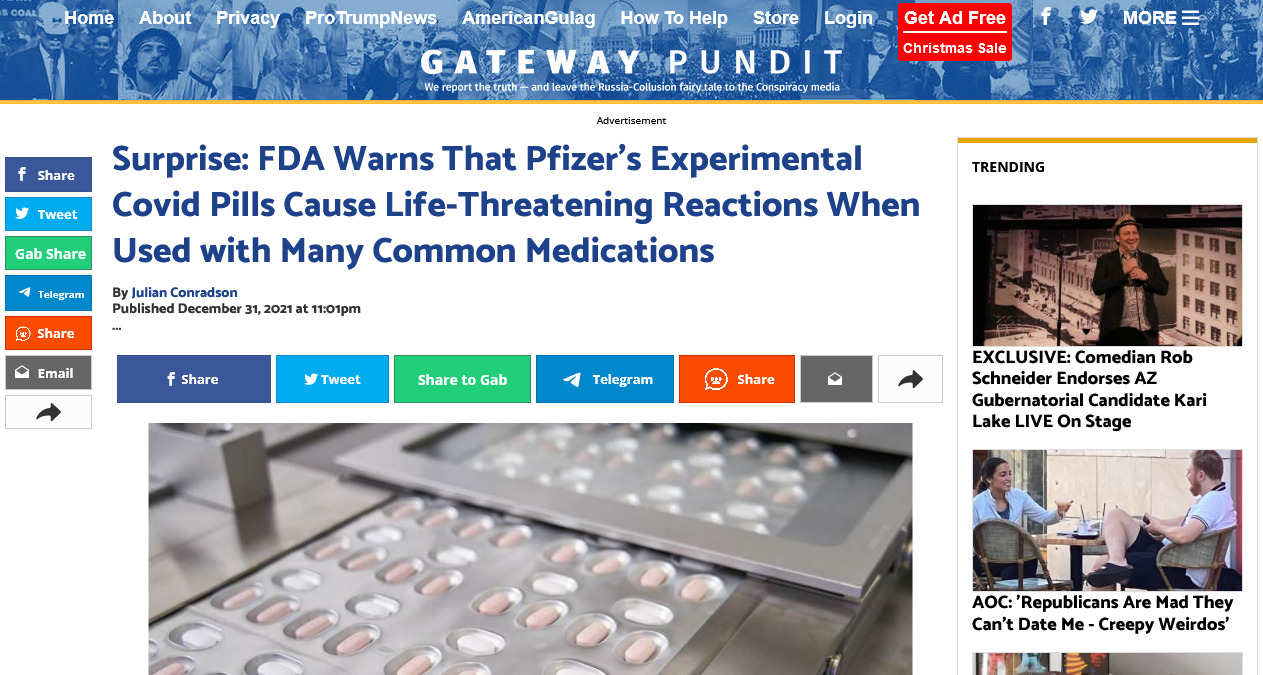 3 thoughts on “Yes, those new Pfizer Covid Pills are designed to kill you!”