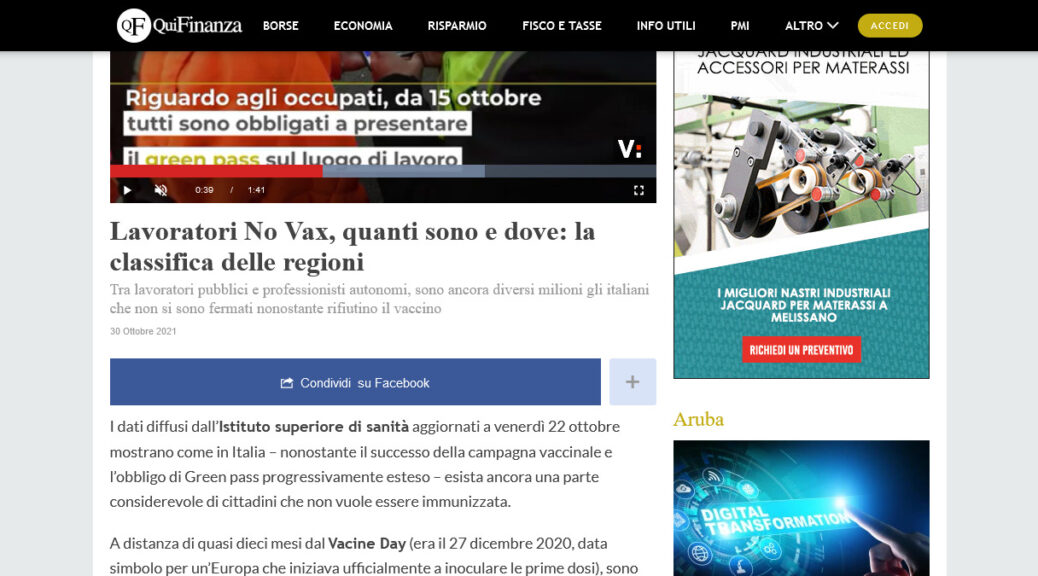 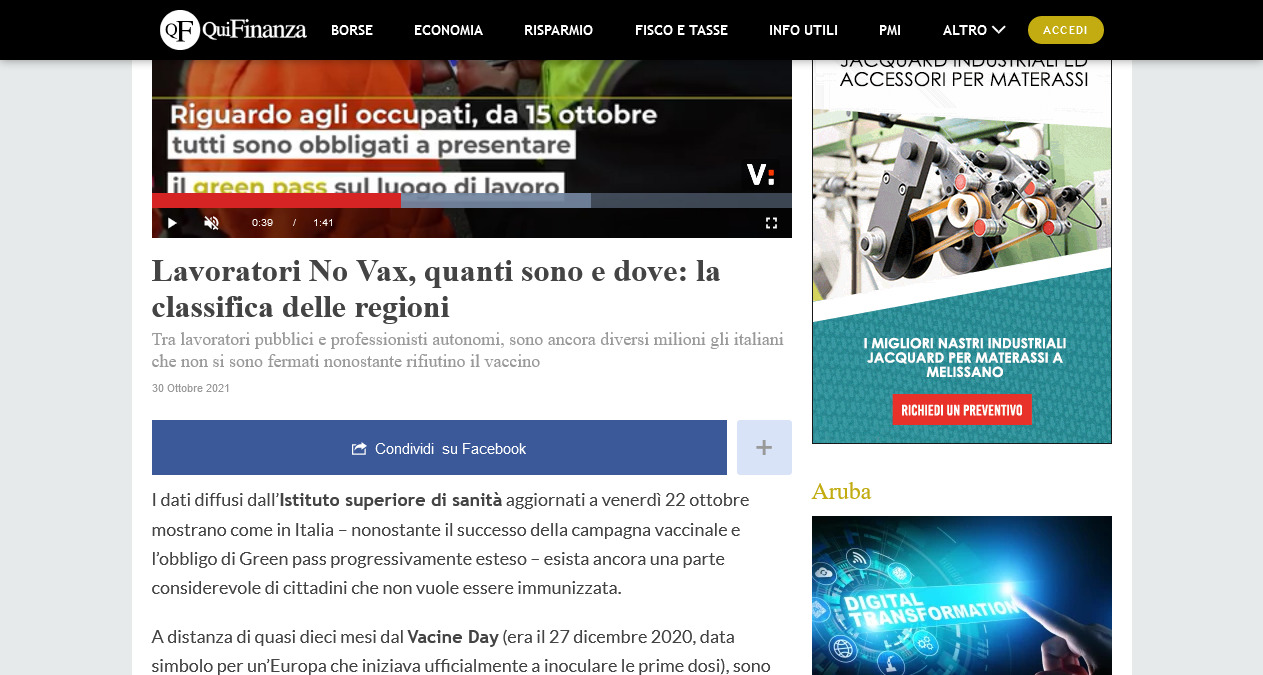 In the latest poll, the numbers of those who categorically are refusing the DeathSerum has grown by 50% to 30% of the population. (QuiFinanza.it published the figures for regional resistance back in October — click the image above to read that article in Italian). The Government, itself, admitted in mid December, that 30% of all requested permissions for public demonstrations, in the last year, were against the Sanitary Dictatorship and the DeathSerums.

Leading in the resistance are the regions of Italy, Venice and Lombardy. — All areas from which I have relatives, I am proud to say.  Lazio is not far behind, here in the Capital region.

The shocking findings are tempering the boldness of the government, which is said to be planning to impose a DeathVaxx obligation for all over 18 yrs of age, though numerous commentators from the controlled opposition are denying this or discounting it.

The French Parliament’s decision to botch Macron’s move to turn the Sanitary passport, without which one cannot participate in many public events and services, into a Vaccine Passport, will certainly send shivers down Mario Draghi’s spine.

In fear for his life, after the large protest in October, the Italian prime minister had signed a bilateral pact with Macron to allow French Troops to quell civil disorders in Italy. But if the French do not adopt a Vaccine Passport, it seems unlikely that Draghi will be able to count on them if things spiral out of control here in Italy.

The announcement by the Committee for the Salvation of the Republic, on January 2, 2022, inviting the Armed Forces to arrest the government will certain add to the tremors and sweat the Goldman Sachs ex-VP will have to execute the final stages of his plan for “creative destruction” of the Italian people and economy.

11 thoughts on “Resistance grows to 30% of Italians”