Editor’s Note: After a good intro, the speaker wanders to current topics, from his report out of Mexico, where he has fled out of Australia.

From the point of view of Globalists and Bergoglians, Joseph Ratzinger is simply a pope emeritus who has and holds no office or authority in the Church and who resigned validly in 2013 and will never come back into power or ministry. He is a nobody who must and will be silenced.

So now, that Bergoglio is reported to be dying, and quickly, why are the pro Bergoglian agencies not insisting that he is in good health and that the rumors of his imminent death are false?

Why are they instead launching the last desperate smear campaign against old Joseph Ratzinger, served by one secretary and 2 or 3 nuns in the Mater Ecclesiae Monastery at the Vatican?

The attack, you can read from the above, by clicking the image, is the most flimsy that can be mustered.  A future report may toll badly on the former Archbishop of Munich, Joseph Ratzinger, from his service there in 1977-1982.

Wow, you have to dig back 50 years for a possibillity that is not even published? By an attorney who was obviously hired to do a hit job?

But what does the accusation consists of.  The former Archbishop did not do enough about a priest who was assigned in the diocese but was from Essen. Someone, about whom, the Archbishop Ratzinger had little canonical jurisdiction, other than ask him to leave, if he was made known of the real activities of the man.

But the article above admits that the reality of this man’s moral perversion was only realized in 2010 when he was definitively removed from priestly service.

But 2010 was when Pope Benedict XVI was in full power and was removing 500 such priests from service.

A priest can only be reduced to the lay state by a Decree either from the Pope or from the Roman Curia.

So they are accusing Pope Benedict XVI of not taking action, when he did take action when he could.

The same article admits that Archbishop Ratzinger’s former Vicar signed a confession taking all responsibility back in 2010. Scriptum manet. And against a self-confession, there is no appeal.

The Vicar claims he was forced. But his accusation is launched against Cardinal Marx, the Archbishop of Munich in 2010, who himself tendered his resignation to Bergoglio in admission of his failure to handle such cases appropriately in the diocese.

In 1982, Joseph Ratzinger was promoted from the Archdiocese of Munich to the head of the Congregation for the Doctrine of the Faith, which had limited jurisdiction over bad acting priests in those days.

Since that time, Ratzinger was an ardent proponent of disciplinary measures and was not even allowed to discipline as many as he wanted in the CDF under John Paul II.

Ratzinger is not being accuse in regard to any of his priests at the time, however, it must be noted.

The real import of the story now being run on all Italian TV channels and newspapers, as per the above, is that the Bergoglians could not be this scared of Pope Benedict XVI unless THEY KNEW FOR CERTAIN THAT THERE IS NOW AN ACTIVE AND GROWING CAMPAIGN TO RESTORE HIM TO POWER AS SOON AS BERGOGLIO CROAKS.

That that is the real news of today. 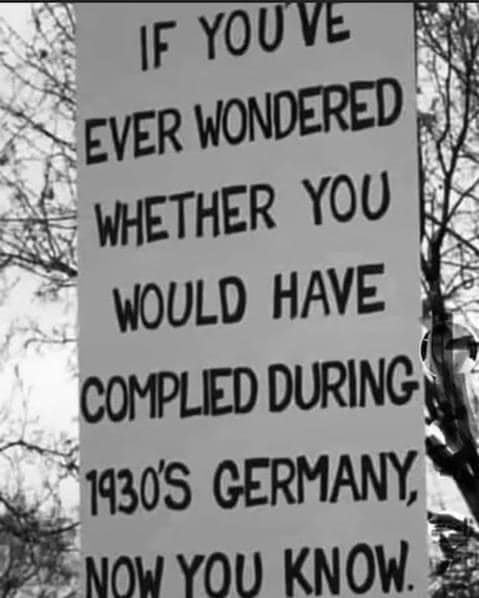 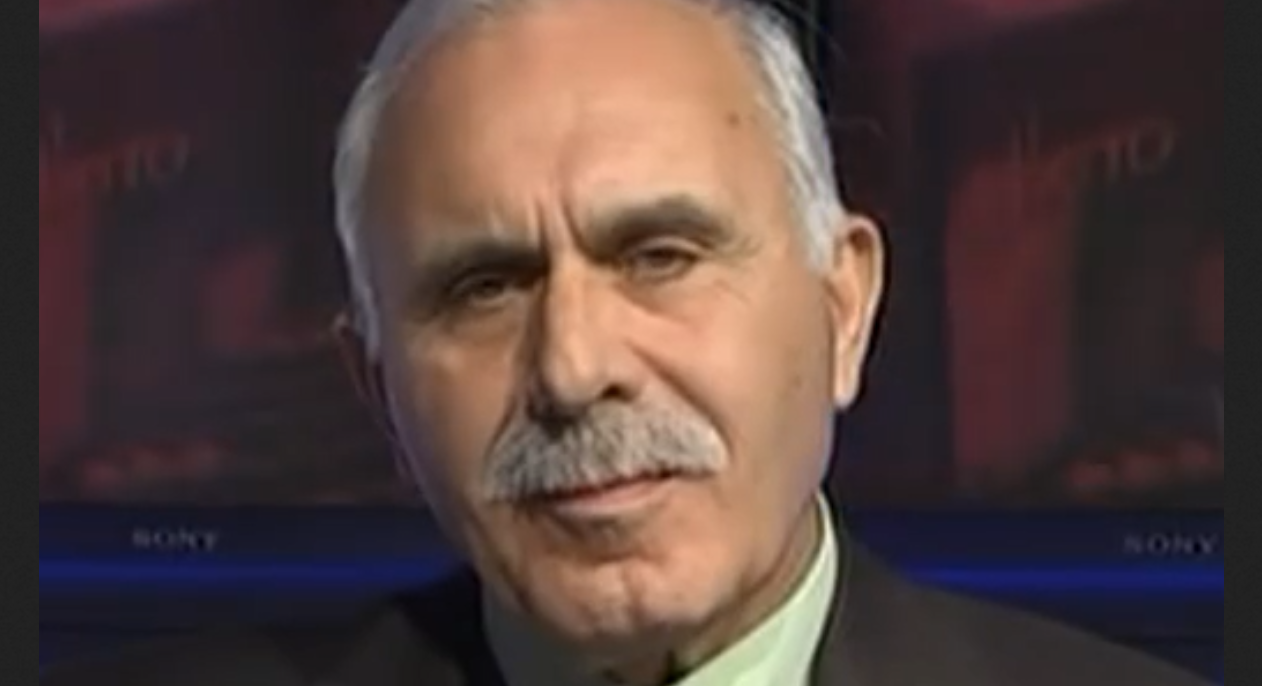 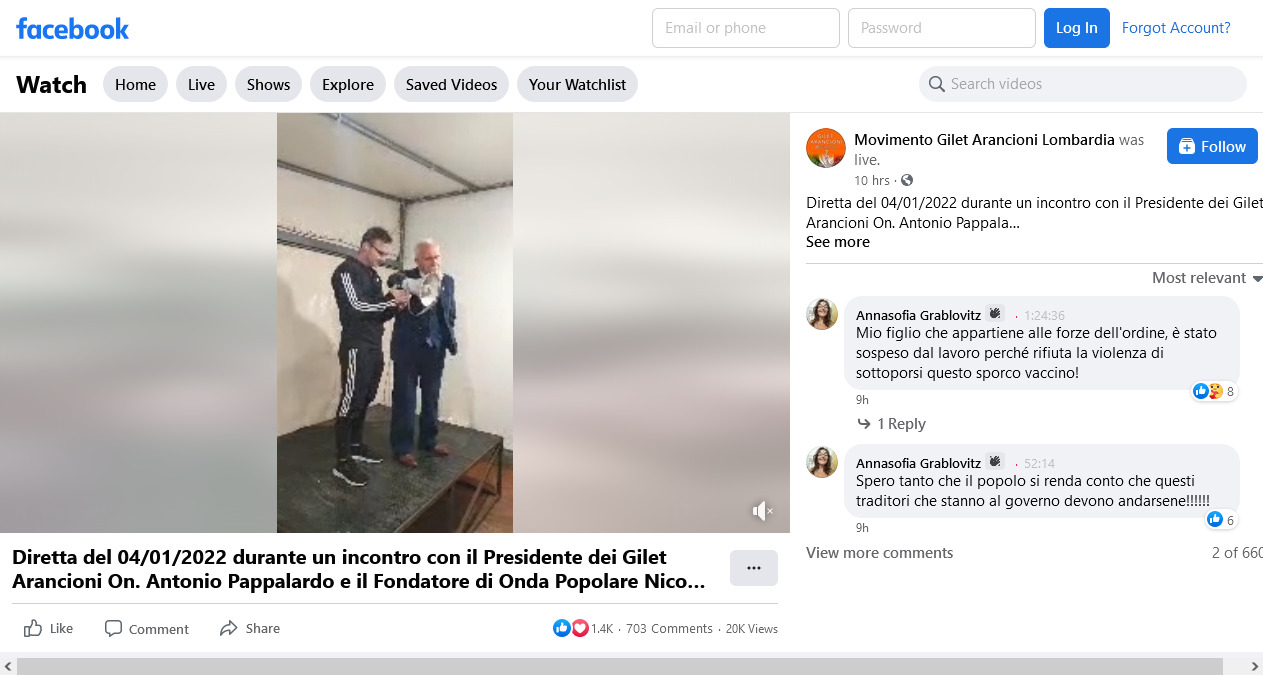 Editor’s Note: This is not the first time, this retired General of the Italian Carabinieri has called for the arrest of the government, but this renewed call seems to be a sign to his brothers in arms, that he stands behind the gist of the Communique of the Committee for the Salvation of the Republic issued on January 2nd. Time will tell if this ball gathers mass or moss, however.  FromRome.Info has covered General Pappalardo’s denunication before, here with a legal analysis, and has published several articles about him, which you can find here. 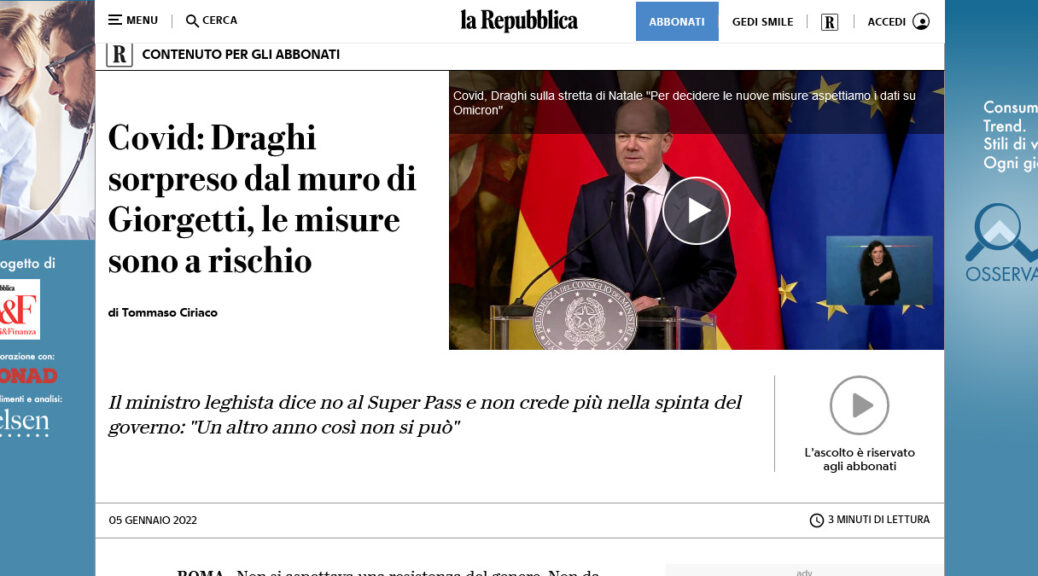 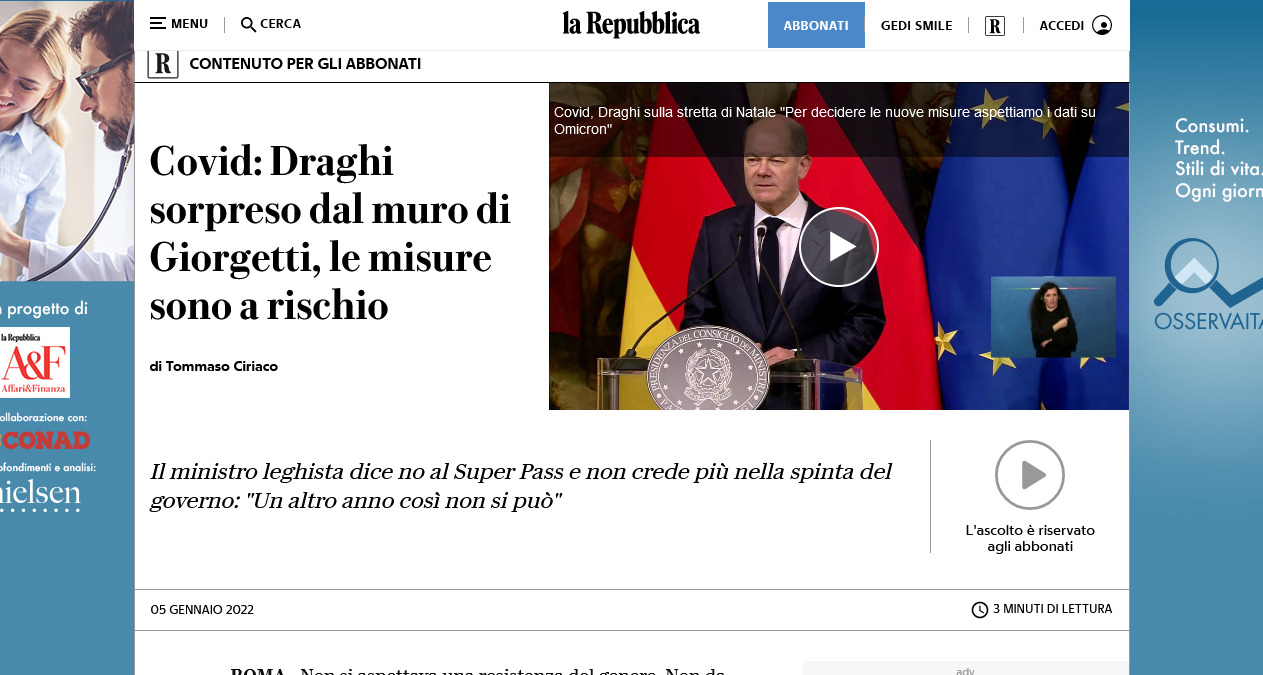 In a stunning turn of events, Draghi’s own Minister for Economic Development has turned on him.

GianCarlo Giorgetti at the prospect of another Sanitary Diktat to impose now further the obligation of being DeathVaxxed has drawn a line in the ground:  “Another year like this is not possible!”

The battle erupted yesterday and went all day long. Giorgetti declared, “No 2G! No vaccine obligation!”

2G is the acronym for a hard lockdown for unvaccinated residents and citizens, of the type now being imposed in Austria and Germany. See the article by Il Messagero from Nov. 17th last for more on this.

Now Draghi has painted himself into a corner. Giorgetti’s rebellion risks the fall of his government, since the Minister for Economic Development hails from Salvini’s Lega party, and thus controls the necessary votes in the Senate to botch any legislative decree.  Therefore, Draghi must either go ahead and issue the Diktat imposing the Super DeathVaxx Passport upon more persons, as planned, but under his own personal authority or give up the plan and trigger a possible no confidence vote in Parliament.

Seeing that Draghi was never elected to parliament, if he goes ahead on his own, he lacks immunity from prosecution in Italian law.

It was last winter, nearly a year ago, that Giuseppe Conte was betrayed by a coalition member causing his government to collapse. He resigned on January 23, 2021, the first anniversary of the Supplica Perpetua to Our Lady Salus Populi Romani.  It seems, that Our Lady is out to crush under Her Immaculate Foot another cockroach.

Praise be to God!

Click the image above for the English translation, but if that fails, go to the original in French.

You can read the Guardian’s report in English, here.

The only UK newspaper ( Cheltenham) to have a full page showing the vaccine deaths. Please share to make viral! pic.twitter.com/MQxroprWRm

This deserves praise from everyone. Way to go, Cheltenham!

You are begging a globalist, heretic and daily blasphemer... you really went downhill since Feb. 28, 2013... https://t.co/r8jcfGda6w 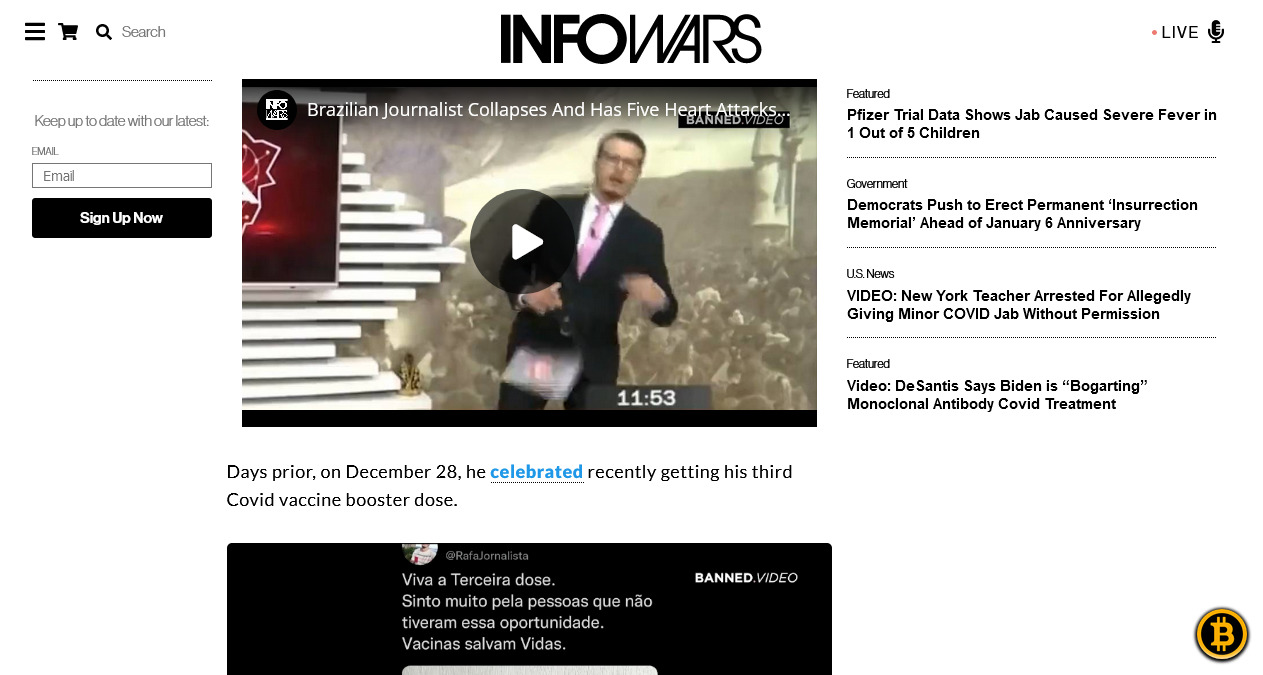