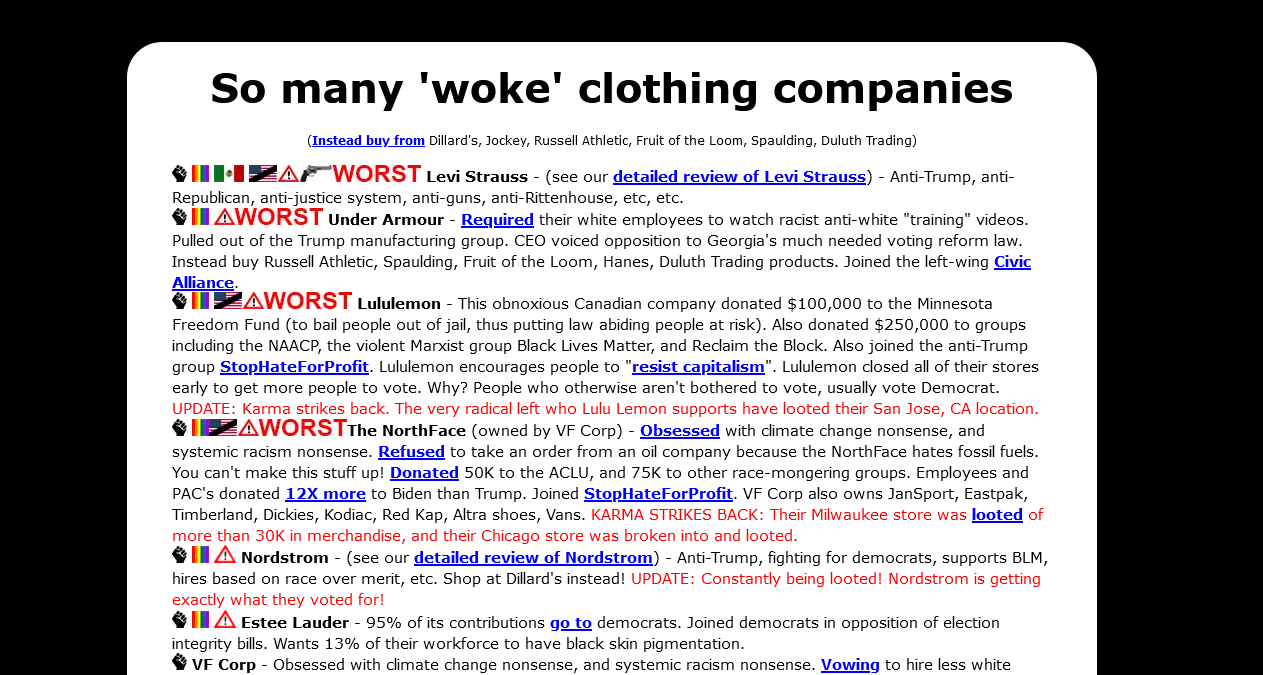 3 thoughts on “USA: Beware, when you buy clothing, you might be funding Marxism”