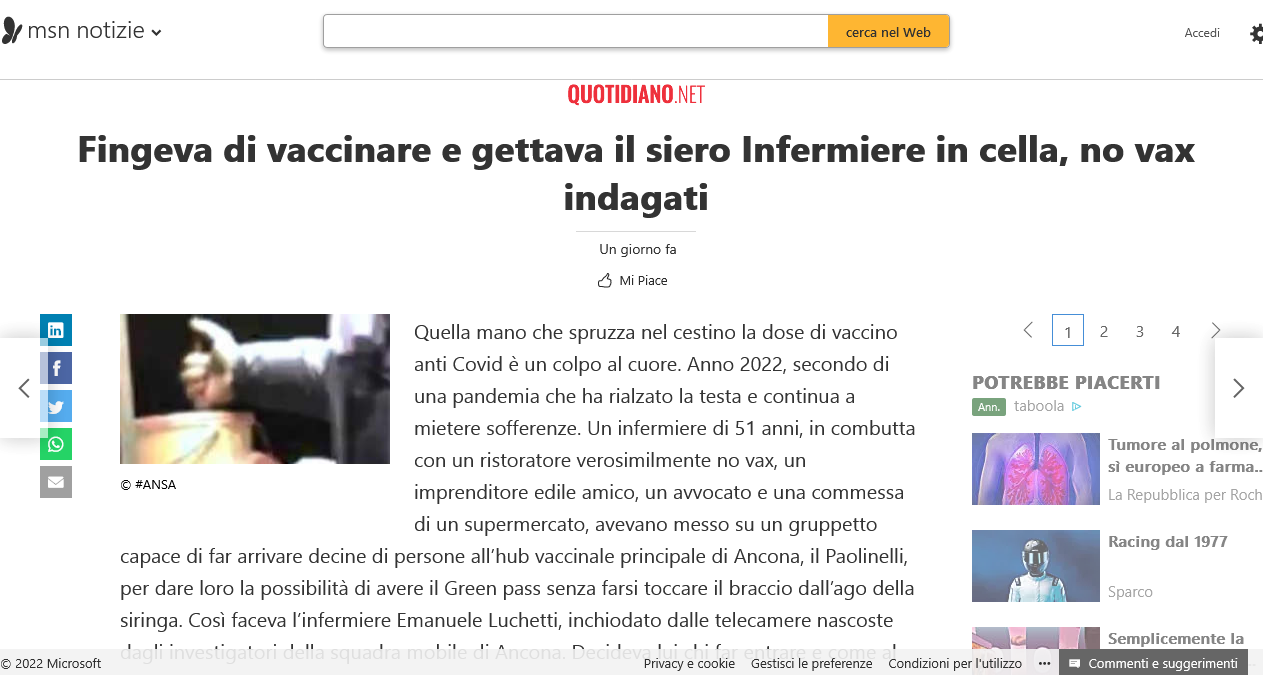 The government is calling them crooks. But the people are praising them as modern Robin Hoods.

Four persons have been arrested at Ancona, at the principal, DeathVaxx center, for taking 300-500 euro per person to grant them the DeathVaxx Passport after a fake injection.

Cameras caught the nurse dumping the contents of the DeathVaxx Vial into the trash, before beginning to inoculate the patients, who requested the GreenPass on condition they receive a fake vaccination.

The event shows the perfect harmony of Italian culture on skirting the law and making money at the same time.

The fee charged could reasonable be conjectured to be proportional to the risk. Now, the police will seek to confiscate all the funds so nobly obtained. The nurse was jailed, the other accomplices remain under house arrest.

The police broke the “Scam” by using agents from many different cities, to avoid being identified locally.

For the full story in Italian, click the image above.